“Sun, sea and scams” ran the headline. The story was how families are going on holiday to the Med and then claiming they’ve suffered food poisoning. A bit of legal work and they get their holiday costs back, plus a nice little compensation payment. Claims are up 50 fold in three years.

It’s fraud. But why is the fake food poisoning scam suddenly so popular?

“Fraud is like a water mattress,” says Sarah Hill, head of fraud at BLM, an insurance and risk law specialist. “You shift pressure from one zone and it just moves.”

In this case the culprits are cold callers. They buy lists of holiday returnees and give them a patter about collecting a pay-off, risk free, if they’ve been ill. A memory of feeling a bit green after too many sangrias mutates into a claim of full-on gastroenteritis. The cold callers get a slice of the action.

“The holiday-makers think it’s a bit of easy cash,” says Ms Hill. “Last year, whiplash claims were the chosen scam. When it became clear courts would investigate claims, the cold callers moved to a new space.”

This is the world of fraud. Old wheezes are constantly tweaked and repackaged. 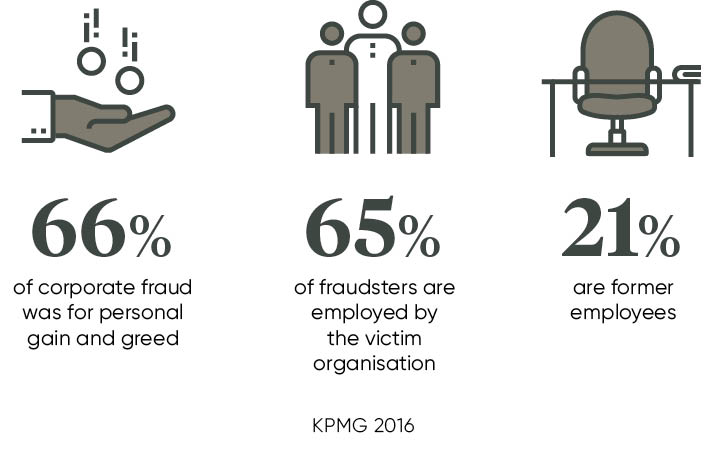 Who are the fraudsters?

The absence of true novelty means we have a pretty clear picture of fraud. We know who the perpetrators are and why they do it.

The “who” is best split into three categories. There are the gullible novices, lured into fraud by a third party or the lure of an easy payment. Often they aren’t sure they are committing a crime, merely bending the law in return for a victim-free pay day.

In the second category are the desperate. They need the cash, due to debts, a failing business or other problems. Fraud is the solution.

And third are the criminal gangs. For them, fraud is a way of life.

In each case there are similar mental processes at work. The academic Donald Cressey coined the term “The Fraud Triangle”, now the standard model for the industry. This theory says there must be pressure, opportunity and rationalisation. The pressure is the motivation. The opportunity is the chance to commit a fraud; the clear sight of riches can pervert even a steadfast mind. And rationalisation is how we justify our actions to ourselves.

Rationalisation is a fascinating field. Perpetrators rarely see themselves as malefactors. Either they believe they are “owed” a pay day or that the crime is victimless, or they engage a black state of mind to avoid the issue altogether.

“Typically, those committing fraud use psychological strategies to distance themselves from any sense of guilt,” says Mark Fenton-O’Creevy, professor of organisational behaviour at the Open University Business School. “Criminologists refer to this as ‘neutralisation’. A common form of neutralisation is to view the victim as in some way to blame. Another is to depersonalise or belittle the victim. For example, the perpetrators of a series of frauds on eBay referred to their 3,000 victims as ‘the idiots’.”

For this reason, online and financial fraud are easier to perpetrate. Victims are faceless.

We know who the perpetrators are and why they do it

Rationalisation is easier when the origin of the fraud is benign. For example, there is the “thin end of the wedge effect”. The offender starts small; usually with something so innocent it barely merits a mention. Slowly the situation requires a little more and a little more, until large-scale wrongdoing is underway.

In demographic terms, we have a good idea of which segments of the population are most likely to commit fraud. For example, fraud is gendered. Jonathan Fisher, of Bright Line Law and founder of the White Collar Crime Centre to research aspects of corporate fraud, points to the work of US sociologists Darrell J. Steffensmeier, Jennifer Schwartz and Michael Roche.

“Their research concluded, based on a review of 83 corporate frauds involving 436 defendants, that the ‘majority of corporate offenders were male’ with less than one in ten being female. Moreover, all ‘solo-executed frauds were by men; no cases involve an all-female conspiracy; and all-male groups formed the preponderance of conspiracies’. Furthermore, even in the rare cases of female corporate crime, offending women tended to yield lower gains when compared to male offending,” says Mr Fisher.

In corporate fraud, personal crises are the most significant factor. A study by KPMG, called Global Profiles of the Fraudster, revealed that 66 per cent of corporate fraud was done for personal gain and greed. Only one in four cases were caused by sheer opportunism.

The study found that the image of a lone fraudster is common, but wrong as 62 per cent of corporate fraudsters colluded with others. And only 35 per cent of colluders do so with an internal party. The majority find an outside accomplice who can complete the deed.

Knowing the mindset of fraudsters means counter measures will be stronger. It also explains why stronger sentences are rarely effective. Some dupe themselves into thinking it’s OK. Others are enticed in, unaware of the scale of their misdeeds.

“Having interviewed fraudsters who wanted to give a full admission, they were clearly duped,” says BLM’s Ms Hill. “Often they were not educated and told they were entitled to something which they weren’t.”

Are we all potential fraudsters?

It’s a question for the ages. The Soviet dissident Alexander Solzhenitsyn wrote of his time in a Siberian gulag, watching his fellow inmates struggle to survive: “Gradually it was disclosed to me that the line separating good and evil passes not through states, nor between classes, nor between political parties either – but right through every human heart.”

It’s why the challenge is so great and why the industry attracts some of the brightest minds. We don’t have all the answers and maybe never will. 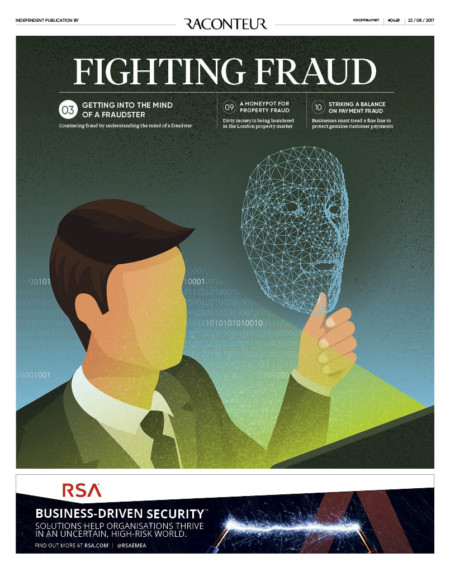