The impact of big retail chains on community gentrification

Gentrification is often blamed for displacing local businesses and residents, but it is now such a powerful force it is even pushing big brands out of fashionable areas.

The case of Bleecker Street in New York suggests peak gentrification has arrived. Once renowned for its trendy indies and made popular on TV by Sex and the City, Bleecker Street soon attracted the attention of major brands.

A Marc Jacobs store precipitated a land grab by major retailers and at one stage Marc Jacobs had six outlets on the street. The surge in popularity caused spiralling rents until even the multinational retailers baulked at the expense and began to withdraw, leading to a parade of empty shops.

Anthony Selwyn, head of central London retail at Savills, warns there are five or six areas in the capital that are “not too dissimilar” in profile to Bleecker Street.

Among these areas Conduit Street and Dover Street have seen rents climb 83 per cent and 80 per cent respectively in the last five years, according to Savills’ research.

“It is only now you are beginning to work out which of those areas are sustainable and why,” says Mr Selwyn. “To a certain extent the only way that locations like that are sustainable is if they maintain an offer that isn’t copied all over.

“That might mean that for somewhere like Bleecker Street they have to go back to go forwards. If I was a landlord, I would be trying to attract the right brand at a lower rent to try and get it off and running again.”

Philip Hubbard, professor of urban studies at King’s College London, believes that while gentrification can economically improve an area this can come at a cost.

He argues even the early stages of gentrification can be damaging for locals because, when driven by middle-class artist groups from outside the community, it can replace the existing infrastructure.

Professor Hubbard says this can be seen in the pop up shops emerging in Margate, the coastal Kent town that has become a bolthole for former Londoners.

Once the long-standing communities have been marginalised, the new influx of residents are themselves later alienated by the area losing the character that first attracted them to it.

Savills retail research director Marie Hickey believes no one is to blame because gentrification is “the nature of basic economic theory”.

“It is not the big bad landlords forcing people out,” says Ms Hickey. “The market dynamics are being driven by the change in the residential profile of the area, and that starts a chain reaction where new entrants come in, the demand for space increases, that drives the rental growth and then those existing retailers may not find the location profitable any more.” 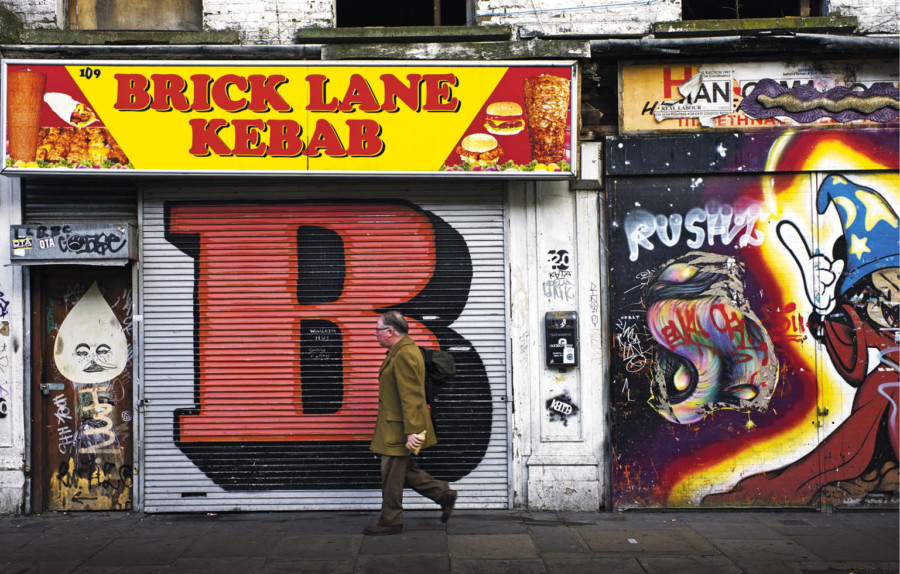 Popular shopping areas in London, such as Brick Lane, have been targeted by a growing anti-gentrification movement as the cost of commercial rents soars and threatens to force out smaller businesses

Mike Cherry, the national chairman of the Federation of Small Businesses (FSB), proposes authorities take more action to support the small businesses that are “at the heart of successful high streets”.

The FSB is campaigning for interventions including a fundamental review of the business rates tax, which is accused of being regressive and hitting those in prime locations on the high streets the hardest.

“Once small retailers have added vibrancy to a local area, some see their rent increase and their business rates will rise in line with the rateable value of their property at the next revaluation,” says Mr Cherry. “So the thanks they get for rejuvenating high streets can be higher rent and rising rates.  Landlords then keenly eye up potentially even higher income from chains.”

The FSB is pushing for an extension to the Asset of Community Value regulation, which protects sites of importance to the community from redevelopment.

“When a landlord is reviewing its lease and wants to hike rents and get in a chain, we would like to see the ability for the local community simply to express its desire to keep a small business there,” explains Mr Cherry.

FSB research shows small businesses have a halo effect on the local economy because for every £1 spent with a smaller business, 63p is respent in the local area, compared with 40p for larger firms.

An area in London that is undergoing significant redevelopment is Lower Marsh in Waterloo and one local business owner believes the death of small businesses is damaging the capital’s international reputation.

“Small businesses are closing down left, right and centre, and it is not a good sign for tourists,” says Lee Williams, owner of vintage clothing and memorabilia retailer Radio Days. “I’ve spoken to a lot of tourists and many are not coming back again because they can see London is the same as everywhere else around Europe, and they are getting sick and tired of seeing the same old thing.”

However, Professor Hubbard believes the rapid spread of gentrification could eventually lead to investment coming full circle, although he fears for the lasting damage to communities.

“We will see gentrification rippling out into unlikely places such as provincial and seaside towns, and then ultimately it will begin to go back again and we will probably find there may be bigger city centres that begin to decline and they will be seen as the opportunity again,” he concludes.