Luxury brands – stalwarts of tradition, high end products and impeccable customer service – had to rapidly pivot their offerings to adapt to the pandemic, which is set to disrupt the trading environment for some time 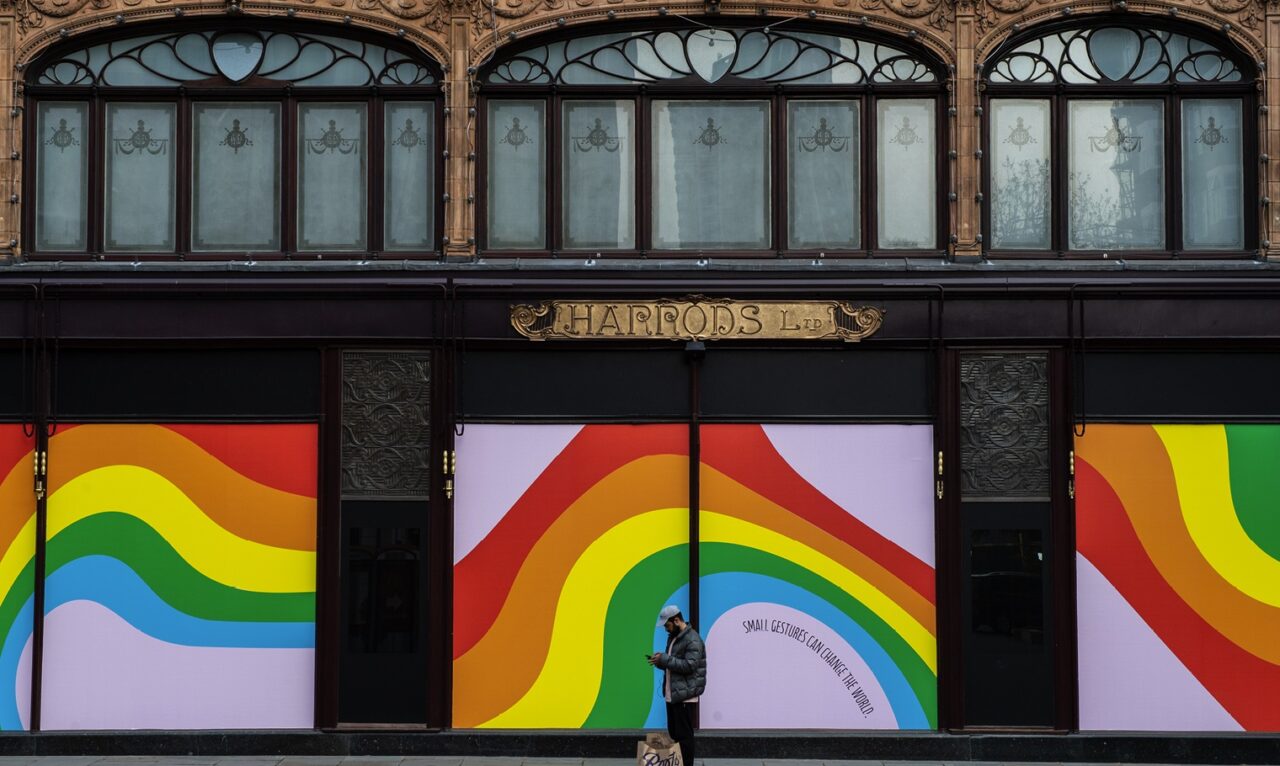 When Britain went into lockdown in March, Claridge’s hotel – accustomed to serving the needs of visiting royalty or Russian magnates – threw its doors open for NHS staff from St. Mary’s hospital in Paddington. In Knightsbridge, the Berkeley started up one of the poshest drive-throughs in history, this time for NHS staff, police and fire crews.

Up in Manchester, the workers at fashion house Private White VC rolled up their sleeves to start making personal protective equipment (PPE). Burberry, meanwhile, announced it had donated more than 100,000 pieces of PPE to the NHS, including non-surgical gowns made at its Castleford factory in Yorkshire. Mulberry put a pause on handbags and started making surgical gowns.

Elsewhere, Jo Malone turned from candles to producing hand-sanitiser, and McLaren Automotive and Dyson were among those involved in efforts to build ventilators. Across the land, many of the best restaurants began giving food to key workers – and doing something else previously unthinkable: going into the takeaway business.

But not only did the COVID-19 pandemic prompt an outbreak of heart in the luxury sector, it also forced many firms to rethink radically the way they do business.

Luxury brands who pivot will thrive

According to Helen Brocklebank, from luxury industry body Walpole, the crisis has accelerated trends in Britain’s £48-billion luxury sector – most significantly the drive towards online, but also the need for brands to show authenticity, purpose and sustainability. It has also highlighted the power of social media such as Instagram, which gives companies a dialogue with customers and fosters a relationship denied a physical space.

As a result of the pandemic, Brocklebank thinks the industry will exceed forecasts to generate 25 per cent of revenues online by 2025. “Way earlier, and by 2025 it will be 30 per cent-plus,” she reckons. “One of the things that’s very exciting is that brands now have a three to four-month dataset they never had before of how people have behaved online, so the opportunity now is to really mine that data.”

When taking their customer-focused efforts online, luxury brands have engaged in storytelling to underline their provenance and authenticity. Take the Savoy as an example: it commissioned a series of photographs of the iconic empty hotel and its deserted environs by a key worker named Damien Hewetson, after spotting his photographs on social media. It helped raise online engagement at the hotel by 50 per cent during the lockdown.

Getting creative with virtual personal shopping

Creative brand projection online can also go some way in helping to bridge the gap left by the loss of face-to-face contact, too. Names such as Harrods and Burberry have created online or virtual personal shopping experiences.

Michael Ward, managing director of Harrods, says that when the lockdown hit, the emporium set up three photographic studios and made its personal shopping service virtual – providing images and telephone consultations to customers that would formerly have been in person. As of late July, Ward reports that 80 per cent of its personal shopping is done “at a distance” with the vast majority of business coming from overseas clients in places like the Middle East and China.

Now reopened with social distanced restrictions, the Knightsbridge giant can accommodate 4,500 customers at any one time – compare that to the 80,000 that would usually pass through its doors daily during the January sales.

As a result it has also had to come up with a creative way to cope with all the stock left behind by 90 days of shutdown: taking up an 85,000 sq ft chunk of Westfield London in White City, to create “the world’s first socially distanced department store in the world”. Here it is holding a sale of its spring-summer collections. This is unprecedented, says Ward, who reports that after three weeks Harrods Outlet is “trading very successfully”. Crucially, this also frees up Harrods proper, with one million sq ft on offer, to sell current collections.

The restrictions of the COVID-19 world have obliged other luxury providers to rethink their strategies: at Gleneagles in Scotland, which reopened on July 15, right now some 40 per cent of guests would usually be from overseas. As a result, the hotel has had to pivot to its “loyal” domestic client base and bid to attract repeat customers with deals and add-ons that would usually be used to fill the pipeline during the leaner winter months.

Signs are that it’s working, says managing director Connor O’Leary, who confirms that the main tool has been the direct communication to its databases. “We use data a lot to understand behaviours and then we’re able to market to those behaviours,” he says. “The strategy [is] giving people the answer they were looking for but almost before they knew they were looking for it.”

Gleneagles has also tied up with high-end travel agent Scott Dunn – another luxury provider hit by COVID-19 travel restrictions – to create an enhanced seven-day children’s activity programme at the hotel for the staycation market. The two brands are now looking at building products around the October half term and Christmas. “It’s trying to understand what people are looking for this year,” says O’Leary. “We appreciate that it will change next year. We’ll cross that bridge when we get to it.”