The sad yet unsurprising collapse of Toys R Us and Maplin is proof retailers cannot rest on their laurels.

Retail is a notoriously tough industry and the pressure on margins has never been greater. But retailers that proactively figure out how to enhance customer experience and add value through services and product innovation will be the ones to thrive. What is certain is retailers need to be at the top of their game.

“There’s no room for complacency in retail today,” says Natalie Berg, founder of retail consultancy NBK Retail. “If you can’t be relevant to your customers or stand out from the competition then you don’t stand a chance. The underperformers will be rooted out and the undifferentiated will be exposed.”

Ms Berg adds that those either unwilling or unable to change will “sign their own death warrant” and believes Toys R Us is a case in point.

When Toys R Us arrived in the UK, it disrupted the market through its promise to offer customers everything under one roof. The emergence of Amazon and the “endless aisle” offered by e-commerce destroyed its unique selling point. Instead of offering customers an experience unavailable online, Toys R Us stood still.

“People talk about the magic of toy shopping; anyone who had been to Toys R Us in the last year would laugh at the very idea that there was anything magical about it,” says Patrick O’Brien, UK retail research director at Global Data.

Maplin suffered a similar fate because it did not provide customers with a compelling enough reason to buy from it instead of Amazon, which has a constant focus on the customer.

“Amazon has this relentless dissatisfaction with the status quo and are always looking for a better way of serving their customers and making the shopping experience more convenient,” says Ms Berg.

Like Amazon, she believes the reason for Asos flourishing is because it truly understands its target customer and offers them relevance through innovations, including its “try before you buy” offer.

The ability to understand a customer has never been greater due to the abundant data at a retailer’s fingertips, alongside developments in machine-learning that allow data to be acted upon.

Sainsbury’s move to buy the Nectar loyalty scheme from Aimia for £60 million underlines just how critical data is to a forward-thinking retailer. The power of data is undeniable in this new algorithm-dominated digital world. Facebook argues there has been a shift from people finding products to products finding people.

Legacy retailers can no longer simply rely on TV ad campaigns to drive footfall, but must now consider how to use data to track down their customers in the digital environment. However, care must be taken to seek out customers in a responsible manner.

“I get irritated that retailers’ ads suggest they think that my purchase of a dehumidifier is the start of a dehumidifier addiction,” says Edward Story, senior counsel in the consumer and retail sector group at law firm Taylor Wessing. “As artificial intelligence gets increasingly intuitive and clever, personalisation and conversion of programmatic and similar forms of advertising will only improve for the benefit of both consumers and retailers.”

Mr O’Brien believes more could be done in assessing the annoyance factor of intrusive digital practices. “All retailers assess is how much money click-throughs are generating for them,” he says. “They don’t really care or monitor, or have any way of assessing, how much they annoy.”

Data law is currently being overhauled and introduction of the European Union’s General Data Protection Regulation in May should help increase consumer confidence. However, Mr Story believes e-privacy regulation could impose friction on programmatic processes through the imposition of cookie opt-ins.

One of the toughest challenges facing retailers is how to replicate the personalisation that is possible online in the physical retail environment. Chanel has partnered with online fashion retail platform Farfetch in a bid to achieve this.

“Digital technologies can empower humans to be more human; they can elevate the story-telling and the experience and elements of personalisation,” says José Neves, chief executive and founder of Farfetch. “The [physical] retail experience is completely anonymised, but the rest of our lives are not.”

Farfetch is developing “store of the future” technology that has functionality including the ability to register and memorise on devices the products a customer has tried, touched or even looked at in-store.

“Companies like Apple have told us great technology is not gimmicky and is as invisible as possible,” says Mr Neves. Apple is also at the forefront of reinventing the idea of the physical store, along with other innovative retailers such as cycling brand Rapha.

“Some of the best retailers are very much recognising the purpose of the store has to change and become a genuine destination, a place to discover, to play, to work and to eat, and do all kind of things, and not just buy,” says Ms Berg.

Apple is reimaging its stores as “town squares”, whereas Rapha’s “clubhouses” are meeting places for cycling fans that include a café and an extensive programme of events alongside the usual merchandise. 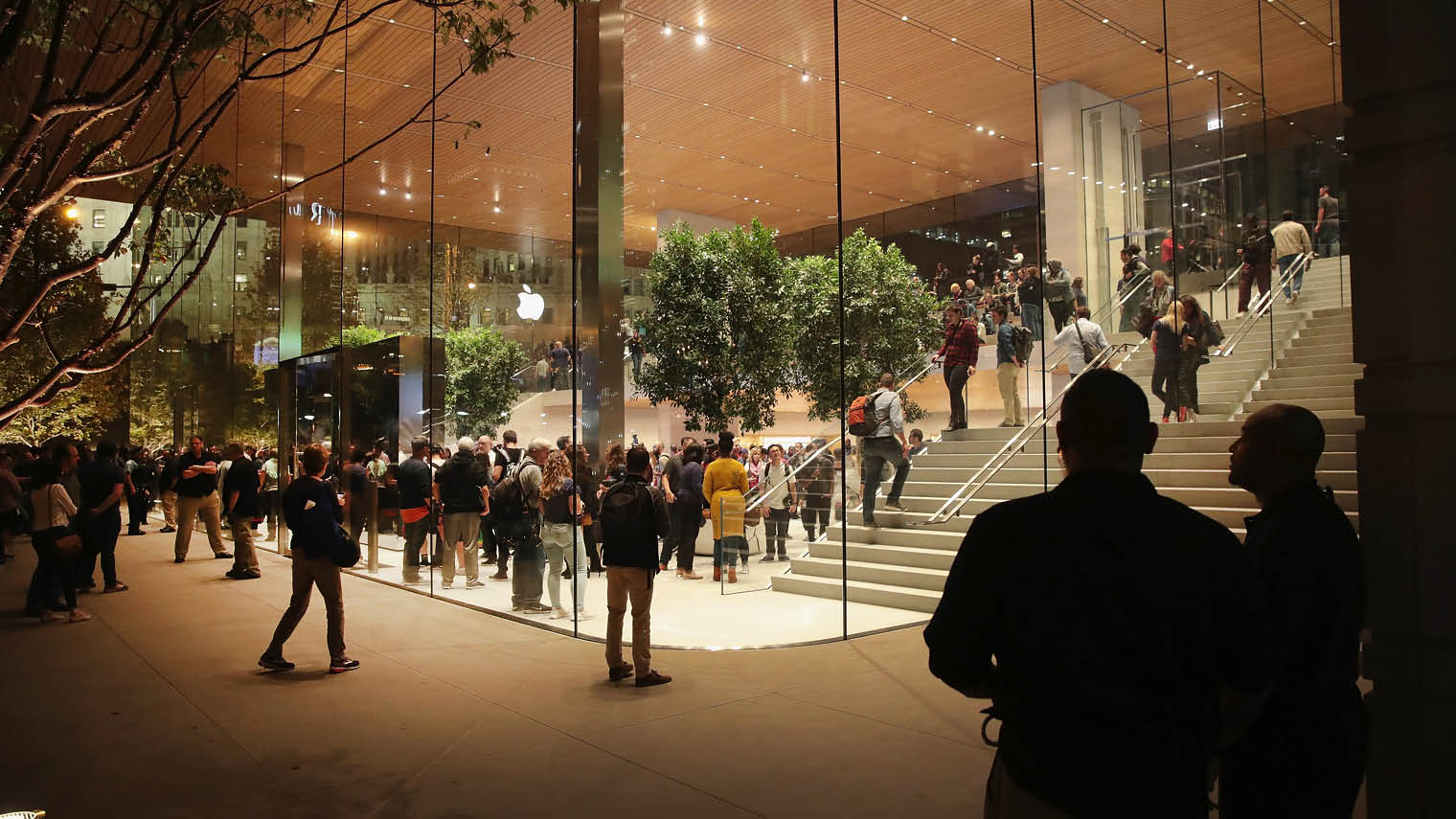 Legacy retailers will need to adopt a new mindset to avoid going the way of Toys R Us and Maplin. What is needed is a great deal of agility, which is undeniably difficult for those struggling under squeezed margins and debt mountains. But the pace of change is only set to increase rather than slow down.

“Technology keeps changing all the time so whatever we see today as our roadmap will be completely irrelevant in one year’s time,” says Mr Neves. Short termism is no longer viable and retailers need to take the long-term vision pioneered by Amazon.

The lives of consumers have changed irredeemably and it is time retailers followed suit.