Clare Press, Vogue Australia sustainability editor and presenter of the Wardrobe Crisis podcast, explores how greenwashing is spreading across the fast fashion industry and why more needs to be done to fight it 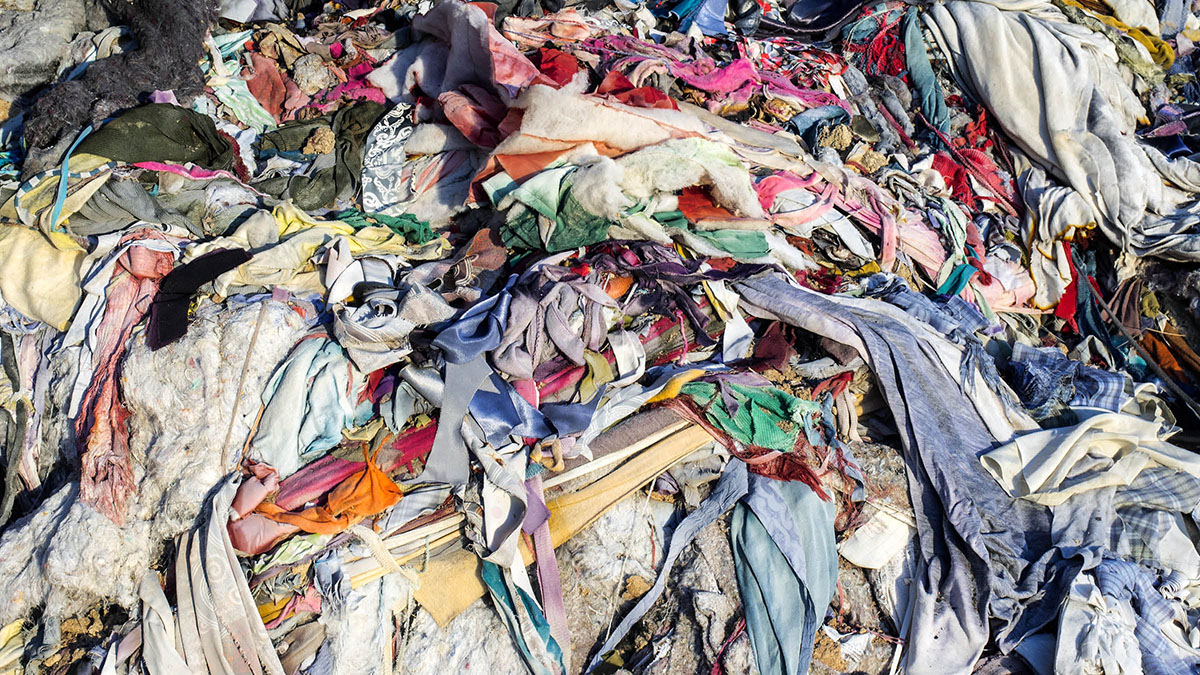 As the first Vogue sustainability editor, I’ve been asked more than once if fashion can actually be sustainable. You could argue that the phrase is oxymoronic. Built-in obsolescence is a given, and fast fashion has put this into overdrive. Oscar Wilde once quipped that “fashion is a form of ugliness so intolerable that we have to alter it every six months”; today it’s more like six weeks.

According to the Ellen MacArthur Foundation, clothing production doubled in the 15 years from 2000. Globally, we now produce more than 100 billion garments per year. During the same period, clothing utilisation – the amount of wear we get from clothes – dropped by 36 per cent.

I used to think disposable fashion was a worry, until I heard a worse phrase recently – single-use fashion. The equivalent of one garbage truckload of textiles enters landfill every second. We are buying clothes to throw away, and churning through resources to produce them. The UK Parliament’s Environmental Audit Committee warns that, if current consumption levels continue, the fashion industry could account for one quarter of the world’s carbon budget by 2050.

This is the context for brands stepping up their sustainability innovations and setting bolder goals for circularity and carbon neutrality. Consumer demand is spurring them on. According to Nielsen, 73 per cent of millennials would spend more on a product if it came from a sustainable brand, while Lyst reports searches with sustainability-related keywords have increased 75 per cent year on year.

Yet the word ‘sustainable’ means different things to different people. It depends on your criteria. Here’s a few to spin your head. Are you looking at the water footprint of a textile, or its carbon emissions, or both? If so, which one takes priority? Does how you treat your workers come into it? Should it?

Despite this complexity, shoppers are hungry for more sustainable solutions. “More sustainable” – see what I did there? I began this piece by asking if sustainable fashion were even possible; sometimes the addition of a qualifying word can help. Almost everything we produce negatively impacts the planet. Simply reading this in print or online has a footprint. ‘Sustainable fashion’ is a useful umbrella term and for now it must suffice, but words do matter. With greenwashing on the rise, vigilance is more important than ever.

One of the most common forms of greenwashing occurs when brands make a big fuss about at their eco-friendly capsule collections, when the vast majority of their practice is just unsustainable business as usual.

How conscious is your collection?

When something is trending, hip or buzzed about, competition steps up. A recent Ad Age story charged that “nearly every [apparel marketer is] leaping on to the green wagon” where the “lack of a clear definition of terms is proving both beneficial and burdensome”. If you want to exaggerate your eco-cred, there’s little to stop you.

In Australia where I live, the Environmental Claims in Advertising & Marketing Code warns that claims should be factual, relevant to the product or service and its actual environmental impacts substantiated and verifiable. They should not be misleading, deceptive, vague, ambiguous or unbalanced. Similar standards are in effect elsewhere, yet few fashion brands have been officially called out.

In August, the Norwegian Consumer watchdog criticised H&M for a Conscious Collection campaign that claimed, “[We] explore the healing power of nature, while also embracing innovation with sustainable materials and processes for a more sustainable fashion future.” There was insufficient information to back this up, the watchdog said.

But much of this stuff slips by unnoticed. In general, the press coverage of Zara’s latest “environmental commitment” was favourable. Goals include increasing their renewable energy use, phasing out single-use plastic packaging and upping their use of more sustainable and recycled materials. All laudable things. But executives promoted the story by telling media that Zara is “the opposite of a fast fashion company”. Come on! They invented the model.

In June, Boohoo’s #forthefuture capsule was marketed as an opportunity to “dress well and do your bit for the planet”. The online retailer releases 100 new products a day, and this capsule featured 34 in total. Prices started at £4, and polyester dominated. How that’s “for the future” stumps me – and I wasn’t alone. The story made headlines worldwide as an example of greenwashing. Switching in a bit of recycled polyester doesn’t equate to saving the planet – not at single-use prices anyway.

Greenwashing is not new

We can trace ‘greenwashing’ back to the Mad Men era, when former Madison Avenue advertising executive Jerry Mander coined the term “eco-pornography”. In the late-1960s, US public utility companies were spending more on advertising their anti-pollution research than on the initiatives themselves.

In 1970, on some days, just breathing the air in Los Angeles was like smoking two packs a day. Polluted rivers burst into flames. Millions joined the first Earth Day protests that year, and have done ever since. The race for brands to show how environmentally responsible they were had begun. But it took another 15 years for term ‘greenwash’ to enter the lexicon.

Who knows if Jay Westerveld was really the very first person ever to use it, but he certainly did so in a 1986 essay. Story goes that he’d seen a sign in a Fiji hotel urging patrons to hang up their lightly used towels for reuse, and explaining that a towel on the floor would be washed. The hotel thanked patrons for helping them conserve the Earth’s precious resources. So far so good, until Westerveld noticed that the hotel was expanding into an adjacent nature strip. Not washing the towels, he decided, was probably about saving money as much as water.

Most hotels I visit today have a similar linen policy, and I’m sure it does save water and energy, and that’s a beautiful thing. I’d like to argue for both truth and beauty. I don’t presume every brand with a new initiative is trying to dupe us, but the onus is still on the consumer to unpick fact from fiction. Ultimately, we need tighter regulation. Until then, social media may be the most effective tool we have, and it can be brutal. Brands, you have been warned.