It is a decade since the death of the great ethical retailer Anita Roddick and we can only try to imagine what she might have achieved in a world where some 2.5 billion people are active on social media.

The Body Shop founder was a great pioneer of ethical commerce more than 30 years ago, creating a global business based on fair trade with developing countries. “I want to work for a company that contributes to and is part of the community,” she said. “I want something to believe in.”

Today that ethos is widely proclaimed in the retail sector. But the key driver of this transformation has not been ethical entrepreneurs, such as Ms Roddick, so much as a connected and empowered public, demanding that modern business does right by society and by the planet.

In his book, Who Cares Wins: Why Good Business Is Better Business, David Jones, former chief executive of global advertising company Havas and the co-founder of global non-profit One Young World, argues that two groups of people are at the forefront of this new world. They are a millennial demographic which is “the most socially responsible generation that has ever existed” and a group of activists he dubs “prosumers”, who are “influential, proactive, marketing savvy”.

In this business environment, brands and retailers are having to do more than pay lip service to the idea of corporate social responsibility (CSR), which was gaining traction even before the great financial crash of 2008 and became essential strategy after the economic meltdown damned the idea of making profit at any cost. “[CSR] is not about charity and altruism, it is about building brands in the long term,” Sir Martin Sorrell, head of the world’s biggest advertising group WPP, warned in 2009. He coined the expression “doing good is good business”.

But brands and retailers have struggled to keep pace with recent technological change and the voice it gives to consumers who seek to call them to account for bad practice. 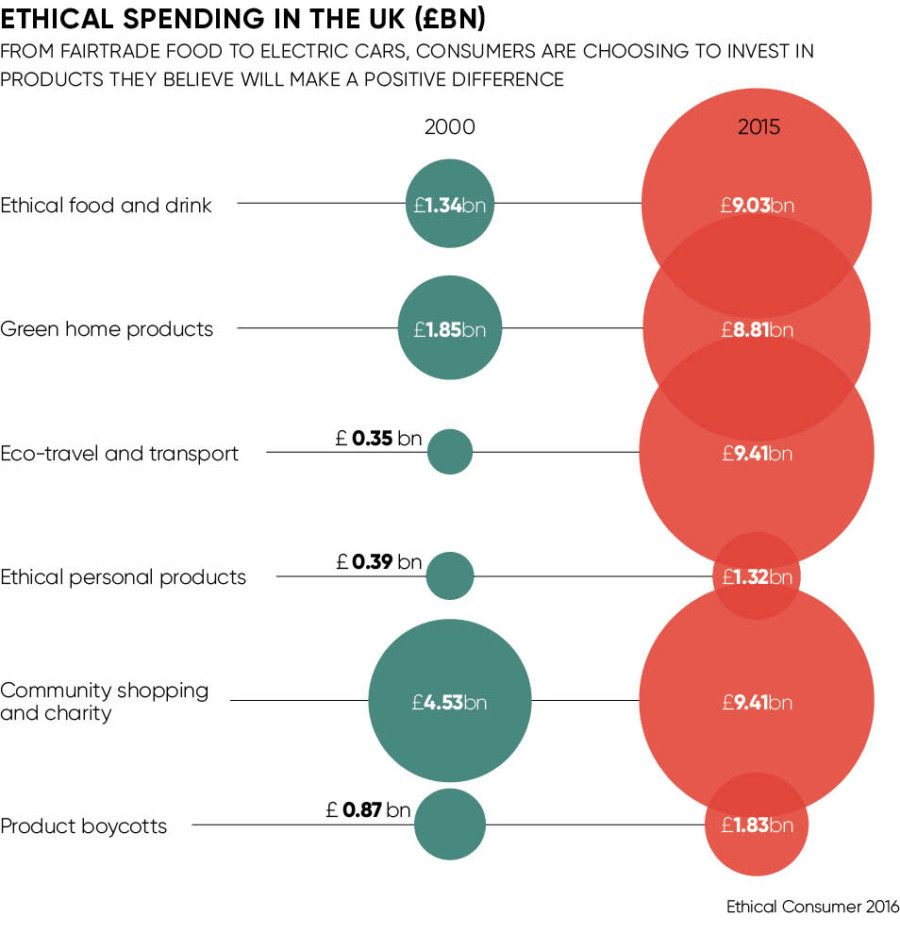 Pepsi likes to think of itself as an ethical brand and its Pepsi Refresh project donated $20 million in community grants. But in April it was forced to pull from YouTube an ad campaign which showed reality TV star Kendall Jenner at a political protest, supposedly projecting “a global message of unity, peace and understanding” by handing a can of drink to a police officer. The ad provoked a backlash of criticism on social media from those who thought it trivialised social justice demonstrations, particularly the Black Lives Matter movement.

“Pepsi did not have permission to move into that market with that personality and hijack it to sell more soda,” says Mark Borkowski, a London-based publicist and brands expert. By crassly deploying a celebrity “influencer” with a huge social media following – Ms Jenner has 81 million followers on Instagram – Pepsi made a major misjudgment, he argues. “You are buying a celebrity and their crowd, but not fitting that into context,” says Mr Borkowski.

Other large companies are having more success. Unilever chief executive Paul Polman has committed to doubling the company’s size, while halving its environmental footprint. Keith Weed, Unilever’s chief marketing and communications officer, says: “Our research shows that 54 per cent of consumers are on the tipping point of purchasing sustainably. There is a huge economic opportunity for businesses that are able to build brands with real purpose which consumers care about.”

In March, Unilever found a cheerleader in the GMB trade union, which praised the “sustainable capitalism” practised by the corporate giant. “Companies like Unilever, with a reputation for treating staff with respect, don’t need to embark on slash-and-burn missions just to maintain margins,” said Eamon O’Hearn, GMB national officer. Unilever was also behind the Dove Campaign for Real Beauty, a social media success for challenging stereotypes in the cosmetics industry.

Nils Leonard, former creative chairman of advertising agency Grey London, believes that smart brands must take the initiative in changing the world, acting out of motivation rather than simply responding to consumer demand. He is co-founder of Halo, which makes coffee capsules from biodegradable paper and bamboo fibres (aluminium capsules can endure for 200 years). “It wasn’t a burning desire to be good that drove us to dent the convenience coffee world, it’s that no one else was going to,” he says. 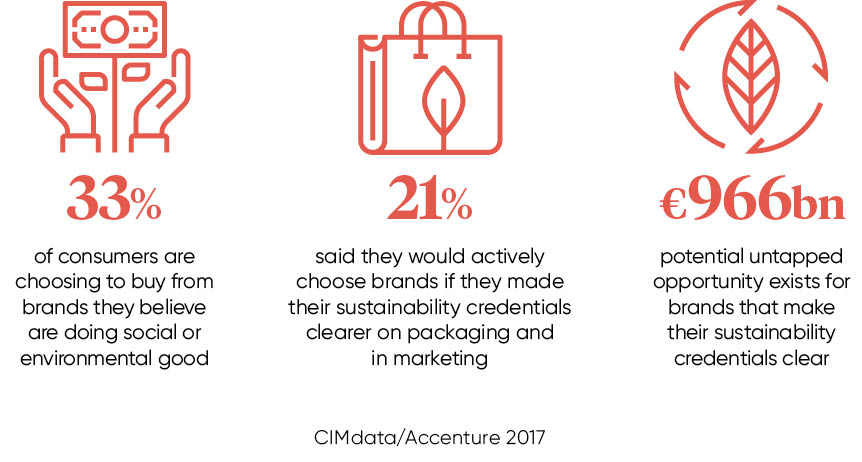 Mr Leonard and Mr Jones, who now runs You & Mr Jones, a company that links brands and technology, both argue that ethical commerce has moved beyond sales to offering goods and services that are important. Mr Jones says he would ban the “patronising” word “consumer”. “Business needs to move from a mindset of ‘marketing to consumers’ to a mindset of ‘mattering to people’. If as a brand or business you set out to matter to people and add value to their lives, you will do very well,” he says.

For some retailers and brands that will require a further mind shift. Most ethical retail is driven “more by the purse strings than the heart strings”, says Kevin Chesters, chief strategy officer at Ogilvy & Mather London. “The shift has definitely come from consumers demanding more transparency and more responsibility from retailers,” he says. “Once the data started showing that share prices and quarterly results would be negatively impacted by not behaving ethically, then retailers were suddenly a lot more interested.”

The Body Shop was sold to L’Oréal in 2006, the same month that Twitter was founded, and Ms Roddick died the next year. But the radical stance she took in 1985 is now embedded in modern retail, propelled and underpinned by an online community that is as global as she was. 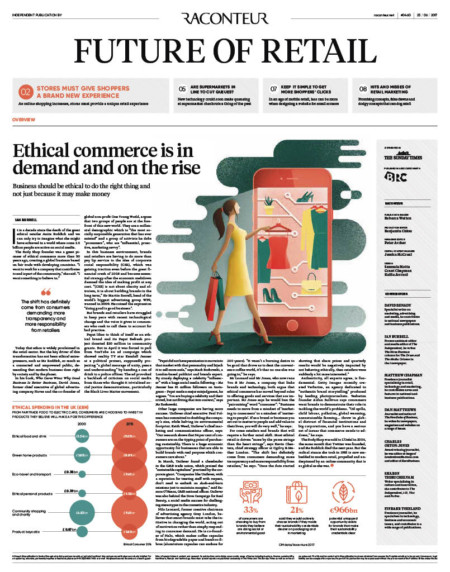 Is this the end of queueing at supermarket checkouts?