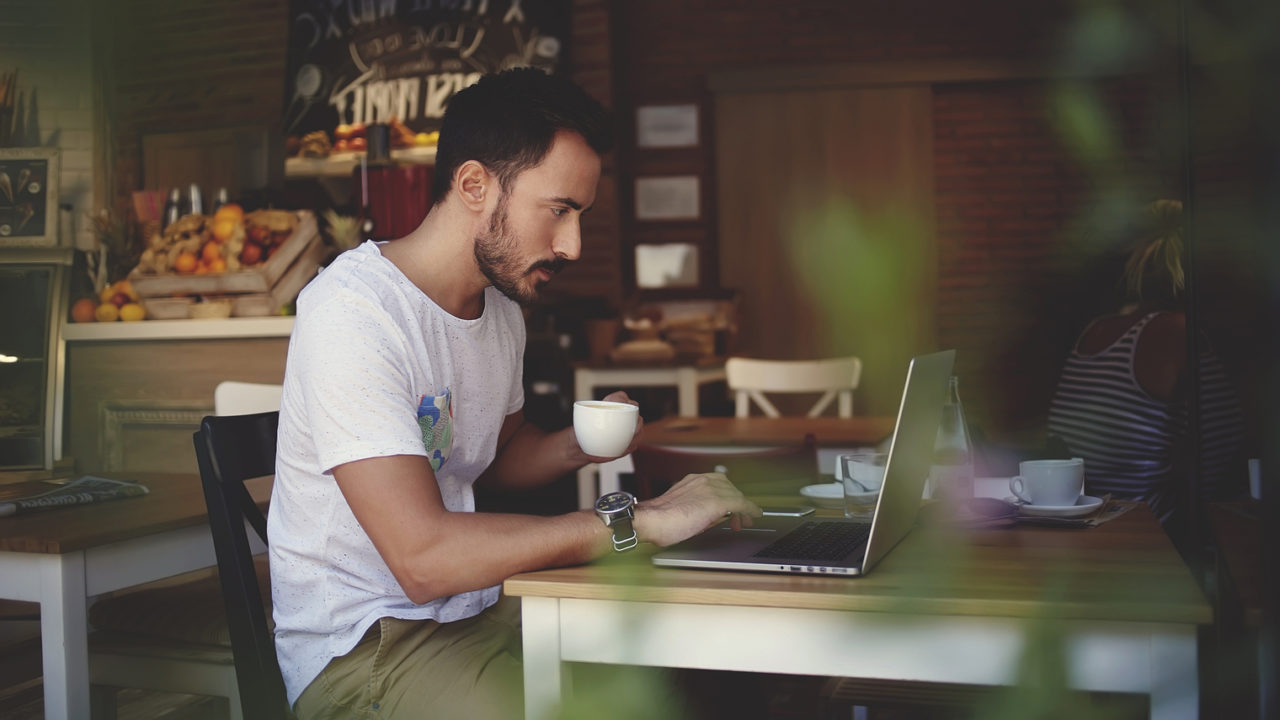 You only have to walk into any coffee shop to see that the freelance economy is booming with laptop owners flitting between jobs as easily as they flit between cafes. Parents are increasingly moving into freelance roles that work around childcare hours and companies are reducing full-time roles in favour of project-based staff. According to the Association of Independent Professionals and the Self-Employed, there are around 1.6 million freelancers in the UK.

According to the Way We Work study, a survey of 9,000 knowledge workers by software brand Unify, 52 per cent now work in virtual teams and 42 per cent believe virtual teams can be more effective than face-to-face groupings. And for 69 per cent, the office is not as important as in the past. Some 21 per cent of knowledge workers currently operate as freelancers or contractors and 53 per cent would consider changing to this model over regular employment if it was offered.

And it’s no real surprise, says Matt Roberts, chief executive of In Touch Networks, a group of businesses partnering companies with board members, directors and consultants. He says: “People want greater autonomy and a better work-life balance, while companies want consultation from people with diverse skillsets and experience.”

Mr Roberts says 40 per cent of Americans will be self-employed by 2020 and he believes the UK economy is heading in the same direction. “We speak to thousands of experts building portfolio careers and we’re able to connect them directly to relevant organisations,” he says.

“We have placed non-executive directors and consultants with companies such as the National Trust, Barnardo’s and the Cabinet Office, and when we speak to companies they explain that our service allows them to diversify and tap into expertise from a broad range of sources, rather than relying on one individual employee for guidance.”

People want greater autonomy and a better work-life balance, while companies want consultation from people with diverse skillsets and experience

But still consumers have embraced the sharing economy before businesses, says Barnaby Lashbrooke, founder of virtual assistant platform Time Etc. “After several scare stories about the status of gig economy workers and zero-hour contracts, I feel companies are slowly starting to see that, far from being exploitative, the gig economy powerfully connects those who have skills to offer with those in need of the skills.” 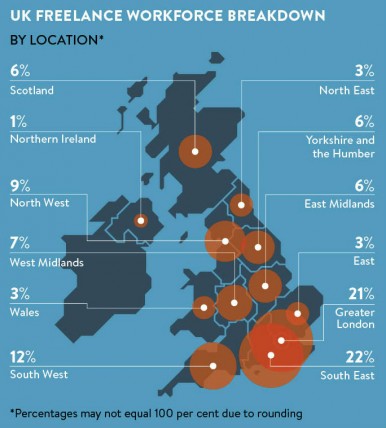 In the case of Time Etc, the skills virtual assistants offer are not available to the labour market because many do not want to work full time. “Instead they work in the gig economy gaining valuable flexible income, many while looking after their families. The gig economy
directly connects the incredible skill and experience held by these people to companies that wouldn’t otherwise have access to them.”

But for the gig economy to really work, says Mr Lashbrooke, “I think we need a supportive government to ensure that the fantastic benefits for both companies and those who choose to find work this way continue to be possible without interference or outdated policy-making.”

Mark Gill, director of construction marketing agency DGR Marcomms, which regularly uses freelancers, explains: “We decided we wanted to form a different type of marketing agency, one that suited our lifestyles and gave us the flexibility to be big when we needed and small when we wanted.” The company has a small core team, then uses freelancers with specialist knowledge as and when required to supplement this core staff.

“This has a number of benefits,” says Mr Gill. “It means that no matter how busy we get, we’re always able to cope with the workload. We just get extra freelancers in. It also means that the quality of work is higher as we’re able to select the right specialist for each project.” For example, when the company is writing copy for a building product manufacturer, says Mr Gill, “we can use one copywriter who regularly writes for the specification audience, another who’s better with homeowners and a third who knows the correct language for the trade.” 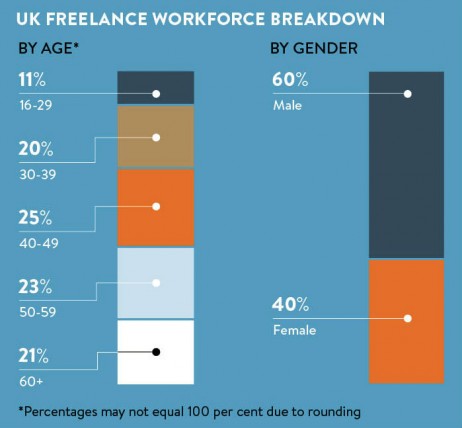 He says you get a different type of worker when you use a freelancer. “Many of ours tend to be a little older, 30 plus, and therefore more experienced. They no longer want the young 20-something agency atmosphere and have taken to being their own bosses and to freelancing.”

Another advantage, says Mr Gill, is that they don’t have to maintain a certain type of work due to an internal staffing set-up. “So when we are working on communications strategies, we have no bias as to whether we suggest PR, social media or advertising,” he says.

“Although we have a small office hub, where the freelancers can come and work with us, we find that many prefer to work from home and with Skype; it’s extremely easy to collaborate on a project without physically being in the same room.”

The other obvious benefit is that when the company is quiet, say at Christmas or in the middle of the summer, they can retract and keep overheads to a minimum. This, says Mr Gill, “enables us to keep our rates more competitive than if we were a traditional agency”.

Chris Bridgen, chief executive of business-grade handyman service Facilfix.co.uk, a Time Etc client, says: “In my mind, the principal benefits of outsourcing for a startup like ours are flexibility and access to skills that would otherwise be prohibitively expensive to employ in any other way.”

Mr Bridgen uses Time Etc mostly for social media management. “It’s nice to know that whatever else comes up, I simply log the task and a safe pair of hands just gets it done. I get access to hundreds of skills to use on a task-by-task basis. If I needed to employ those skills directly, the number of people required, vetting complexity, employment costs, training costs and so on would prevent me from doing so, and I couldn’t move the business forward,” he says.

This gig economy is having a significant impact on the world of work. And it’s not just smaller companies cashing in on it. Earlier this year, PwC, one of the big four accountancy firms, launched its new Talent Exchange platform. Currently only available in the United States, the platform is geared towards the company’s consulting arm. When it launched, PwC estimated that freelancers will eventually comprise 10 per cent of its consulting workforce.

There’s no doubt that the increase of freelance contracts will impact on future perceptions of work. People will no longer have to choose as starkly between childcare and working, and older people will be able to alter their approach to retirement.

Tim Bishop, head of strategy at Unify, says: “As technology continues to proliferate in both our work and personal lives, we expect to see knowledge workers become more and more adept at integrating these two worlds. They will set their own boundaries and naturally strive to find new ways of working that works for them – especially as their own lives become more complex.”

However, employers, recruiters and candidates alike need to be protected in this new landscape. Research from the Recruitment and Employment Federation (REC) reveals that one in five businesses feel the risks of incorporating digital work platforms into their hiring strategies outweigh the benefits. One big concern for employers is ensuring they get access to high-quality talent.

In its report, Gig Economy: The Uberisation of Work, the REC recommends that in order to maintain high standards, employers pay fair rates to gig workers and release funds as necessary to guarantee candidates are paid for their efforts. The REC research suggests that, if the government clarified the legal status and responsibilities of digital work platforms, 23 per cent of businesses would be encouraged to increase their use of gig workers and this could bring benefits to the entire UK labour market.

Stockholm-based Universal Avenue is a global on-demand salesforce application, connecting growing and established brands with a talented community of salespeople, who they call “brand ambassadors” and help drive product sales where and when brands need it.

Its mobile app houses training materials relevant to each brand, allowing ambassadors to learn about their product and take a test to become certified to sell it. Universal Avenue then provides the ambassadors with potential leads through its app and, once a deal closes, they are paid a sales commission from each sale.

Founded in 2014, the company works with more than 20 global brands, including Shopify, Spotify Business and NOWO. It now has offices in Stockholm, London, Barcelona and Athens, but operates all over Europe, with plans to launch in the United States later this year. It’s also just raised $10 million in seed funding.

Breaking new markets can be a huge risk for a small company. You need salespeople, but to hire full-time staff is risky if you’re not sure it’s going to pay off. Hiring freelancers in an unknown territory brings different risks, as does sending out your own trusted freelancers. And if you’re seeking to sell to other small businesses, the landscape can be even trickier to navigate, with no centralised contact or manager.

The platform claims to mitigate some of the Brexit risk for small businesses by helping navigate legislation and saving time, money and resources that can be allocated to other areas of the business.

Georgina Varadi, head of brand communications, says: “We work with innovative brands. These brands come in all shapes and sizes: from big brands that want to get bigger or enter new markets; to small brands and startups that want to scale quickly. They have one thing in common, though, they want to grow, test new markets.”