In a world often driven by social media, brands are increasingly projecting an ethical stance 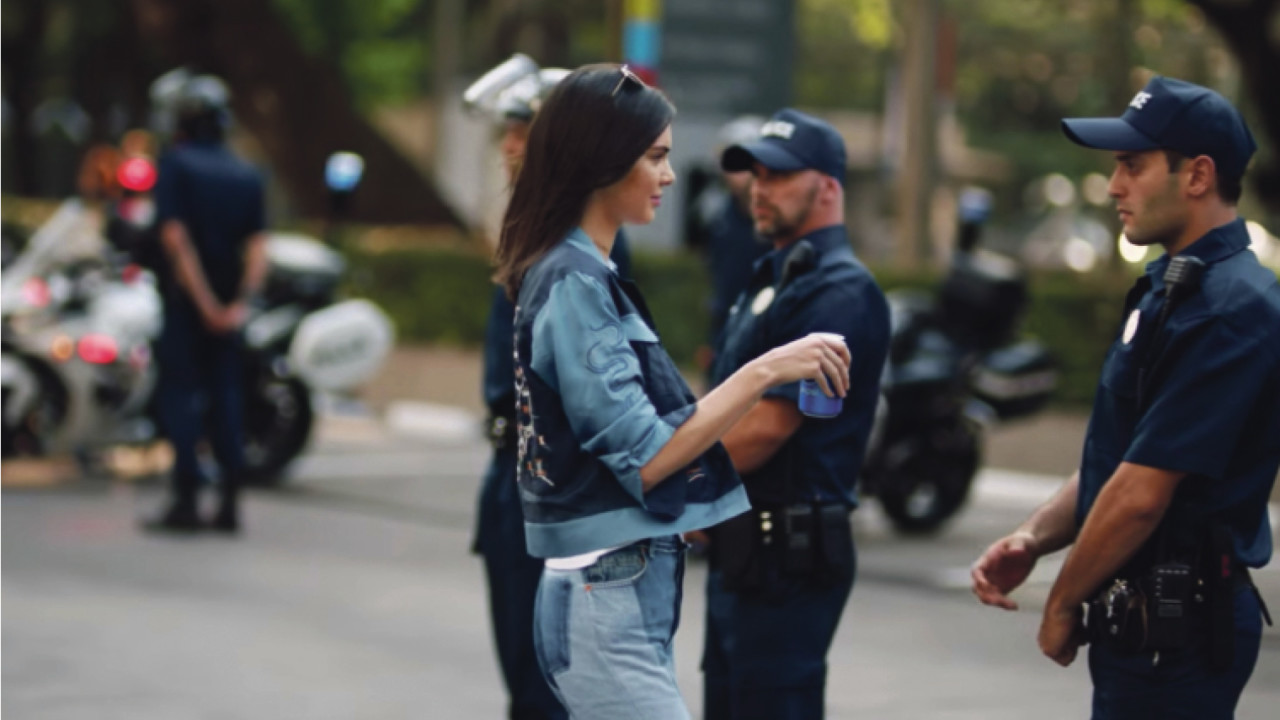 A brand’s ethical credentials are essential to consumers – and not just in developed economies. More consumers in Brazil, Turkey and India report emotional satisfaction from buying sustainable products than counterparts in the UK and United States, according to Unilever. But in an age in which identity drives politics and political opinion is polarised, can brands realistically separate ethics from politics?

Brands are being forced to take a position on matters of debate whether they like it or not. “Those that don’t will be challenged on where they stand,” says Tom Morgan, associate strategic director at Norwegian creative agency ANTI.

Everything we do is political. In the UK and the US, brands are coming under pressure to pull advertising from media charged with being hateful or morally compromised. LEGO left the Daily Mail and Mercedes-Benz was the first of many to desert The O’Reilly Factor on Fox News after host Bill O’Reilly was accused of sexual harassment.

“Like it or loathe it, brands have become the default moral guardians of our time,” says Nicola Kemp, trends editor at Campaign. And that requires sticking to your guns.

Getting it right, and getting it wrong

During the 2017 Super Bowl, in the first weeks of the Trump presidency, Airbnb and Budweiser used their high-impact slots to promote inclusive and pro-immigration messages. Their positions weren’t radical, but in the climate they were brave. Airbnb reiterated its core belief that people “belong anywhere” and Budweiser retold its German founder’s story, a classic American dream tale, which in its retelling seemed to demur Donald Trump’s contentious travel ban, which many of Bud’s drinkers may support.

Most agencies, however, would advise against overt political references. “It’s a minefield you should tread carefully,” says Endre Berentzen, co-founder of ANTI. “You’re basically gambling with the brand’s assets.”

Pepsi received universal derision for a campaign that in its attempt to capture l’esprit du temps seemed to co-opt and trivialise civil rights movements. It wasn’t as serious as Vodafone’s blunder in Egypt during the 2011 Arab Spring when the mobile network cut its coverage for three weeks and later JWT produced a Vodafone campaign that took credit for the proto-democratic movement. But still, Pepsi pulled the ad.

Like it or loathe it, brands have become the default moral guardians of our time

In the UK, meanwhile, Heineken’s Worlds Apart won plaudits for depicting real people with fundamentally opposing views seeing past their differences over a beer. An undercurrent of humour may have got Heineken off the hook, but more consumers will ask whether an advertisement is a suitably ambitious response to the problem of fake news.

“Since Brexit, certainly since Trump, we have seen across all the research commissioned by clients a high watermark in people’s distrust and cynicism towards any form of spin and hyperbole; and a demand for action over words,” says Dylan Williams, chief strategic officer at Droga5.

“Gone are the days of broadcast when brands could interrupt and bombard their messages into culture, and sugar-coat those messages with creativity until they were palatable and hopefully moreish. People are technologically empowered to avoid that interruption now, so brands have to gain permission to enter culture and they are more likely to gain that permission if it looks like they’re going to positively contribute in some way.”

According to marketing firm Edelman, public trust has declined in business, government, non-governmental organisations and media – a first since its research began 15 years ago. Middle-class consumers are struggling in a globalised economy and insecure job market. The UK’s left-behinds, the couches moyennes in France and America’s squeezed middle need more than high-order emotional benefit; they want action. And what better way to build a brand in the age of transparency than through using your creative resources to make the world a better place?

Marketing with a purpose

Purpose-driven marketing is not new, but it represents a significant normative shift. IKEA’s response to the migrant crisis is an elegant example. With years of expertise in self-assembly furniture, IKEA designed a compact and sturdy 17.5sqm shelter that can be assembled, following universal picture-based instructions, by four people in four hours. The only tool needed is a hammer. “They have expertise that will genuinely alleviate people’s suffering and their teams will gain enormously in R&D,” says ANTI’s Mr Morgan.

The purpose agenda is shifting marketing’s role in a business and brands are taking a long-term approach. At the best companies, marketing has become a strategic driver of business that clarifies and aligns company purpose from the inside out.

In India, JWT Amsterdam set up a multi-year project that rescues children from prostitution by giving them scholarships to study law and the potential power to change the legal system from within. Toyota will soon sell cars in Australia that come equipped with emergency mobile network transmitters that will save lives in the outback, a solution that was devised not by a tech company, but by creative agency Saatchi & Saatchi. Nike, in its latest realisation of its slogan, has committed to help athletes break the two-hour marathon.

Standing by a considered ethical position will upset some, but Ms Kemp at Campaign believes brands can afford to ignore trolls. “Just because technology makes criticism more visible, it doesn’t always equate to an impact on sales – people use social media for self-validation,” she says. “Tribalism has always been a part of marketing, take Apple v Microsoft, and good marketers aren’t afraid to alienate. If you try to appeal to everyone, you end up with the Pepsi ad.”

The battle lines are drawn, but creative knives should stay sharp. Mr Morgan warns against an inevitable “anti-purpose” backlash and a world in which marketing gets too “nice”. Marketing for good needs to be great and he argues for licence to be subversive. Without that and without creativity, in the words of Steve Henry, creative director of Howell Henry Chaldecott Lury: “It’s just corporate social responsibility – the three most boring words in the English language.”