From emotive storytelling to interaction and humour, the factors driving consumers to video advertising are also pulling in the business-to-business sector 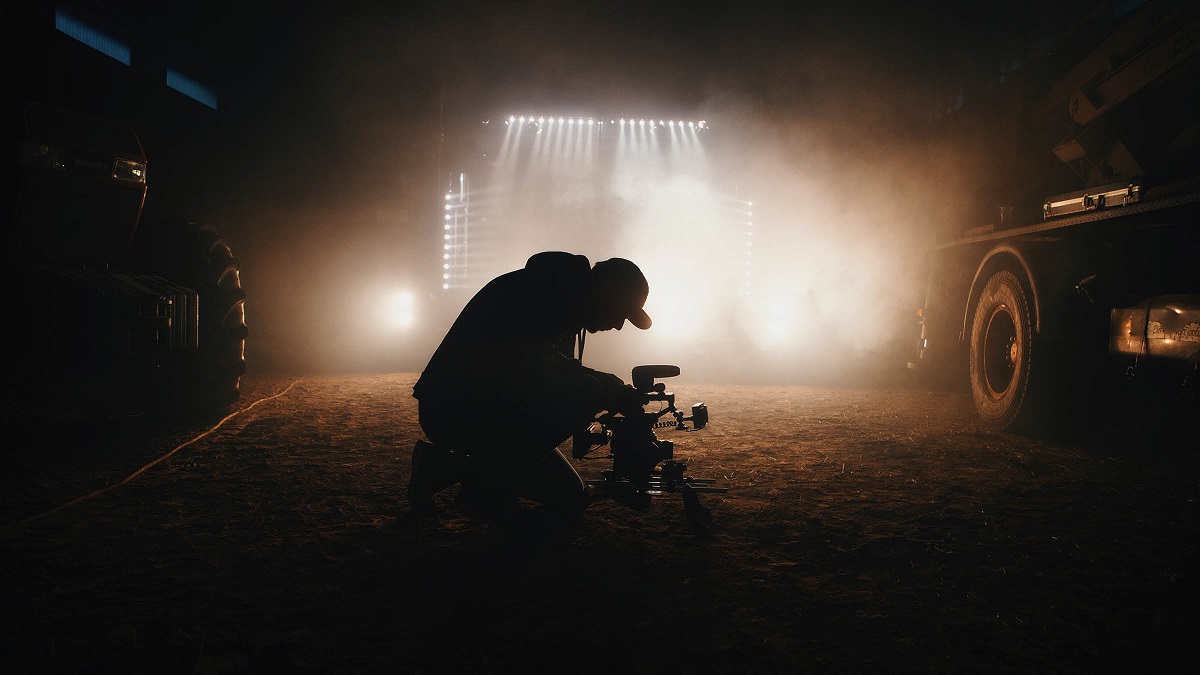 Shorter ads, 24-hour stories, shoppable and vertical formats: these are just some of the trends that have been keeping eyes focused on video ads this year.

With global forecasts predicting 82 per cent of all online traffic across consumer and business will be video by 2022, video advertising is the place to be, whether it’s through a mobile phone, tablet, gaming console or even smart TV.

Exciting innovation abounds, from interactive ads such as Oreo’s Forbidden City-themed campaign, to Whiskas’ campaign around its Kat Institute of Technology video series, boosted by six-second bumpers. Meanwhile, many brands are capitalising on influencers’ role in building their brand story and captivating audiences.

But while the techniques and technology are out there, there is still a lag for many B2B enterprises. Patrick Collister, creative director at Ad-Lib and former creative lead at Google’s think tank the Zoo, believes: “B2B is still stuck ten years behind consumer video.”

“But you are still trying to interest and attract people, and the power of video to do that is infinitely greater than the written word,” he emphasises.

“We developed sixty, thirty, fifteen and six-second videos out of our Clive Owen TV ad, running targeted campaigns across Facebook, Instagram, LinkedIn and Twitter, as well as news sites such as CNN, Bloomberg, NYTimes, CNBC and WSJ. We also ran a connected TV plan in the US, which drove exposure to a younger audience and cord-cutters who use services like Hulu and Amazon Fire TV.”

Ms Tillman adds that the results taught SAP to think harder about its audience and where to reach them.

As we become evermore connected to our mobile devices, the distinction between consumer and B2B ads needs to be erased. For Group M digital managing partner Jenny Kirby, this translates to key consumer trends for 2020 of vlogging and live-streaming.

“Both represent an opportunity for B2B marketers,” she says. “Video features heavily in the path to purchase for B2B buyers, and the accessibility of vlogs and live-streamed events will play an important role in marketing strategies.”

The use of influencers to establish connection and engagement is an important element of this, with new social platforms helping to reach people. One of the latest social media platforms, TikTok, has this year launched ad content among its 15-second videos, showcasing a new opportunity for forward-thinking brands that want to reach new audiences.

Jennifer Quigley-Jones, chief executive of agency Digital Voices, says B2B enterprises can tap into the world of influencer marketing, but it is important to “find your niche audience and which creators they trust”. 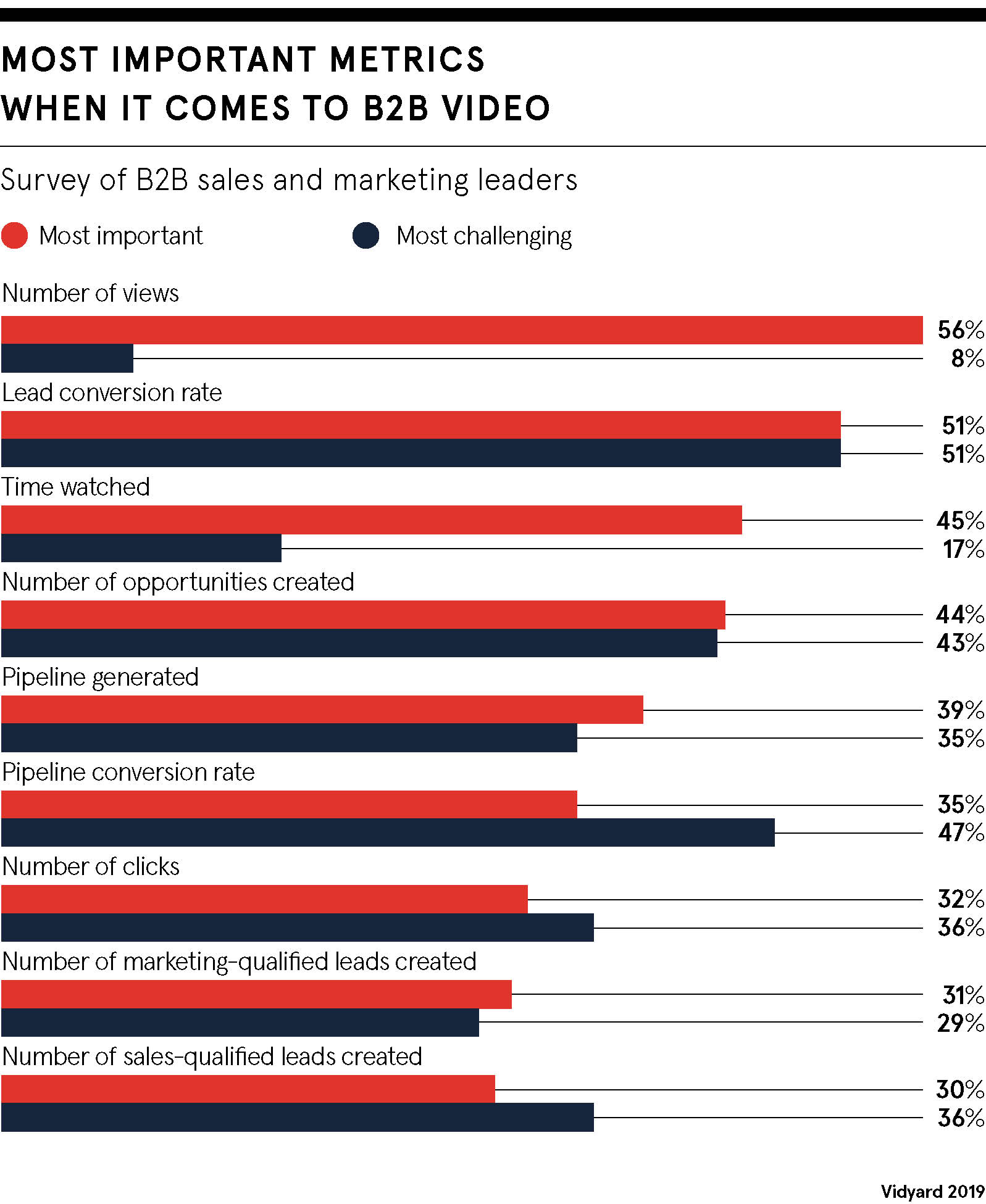 “Partnering with YouTube creators that have access to deeply engaged, authentic, niche communities, where you can tell viewers about your product with the sound on, opens up influencer marketing to hosts of new industries,” she explains.

The critical thing, says Bill Swanson, Europe, Middle East and Africa vice president for Telaria, is to focus on making it a more engaging and richer experience for users. He adds that CTV (connected TV) or internet connected smart TV is virgin territory and could prove a rich opportunity for video ads, including those from B2B enterprises.

Experts agree that applying data to the creative process and using it in the planning stages is a win, whether in consumer or B2B video ads.

There may still be some way to go for companies with their B2B video marketing, but as AMV BBDO’s Mr Whittle concludes: “The best enterprises are recognising the importance of creativity in gaining a competitive advantage.”

When New York-based business Squarespace launched 15 years ago, the idea of a software company creating unique and engaging business-to-business video ads was something of a dream. Yet partnerships with big names, including Idris Elba, John Malkovich and Keanu Reeves propelled the company, which provides software for website building and hosting, into the public consciousness. In its campaign Make It Real, launched at the end of September, Squarespace worked with examples of real-life customers embarking on a journey to build unique businesses. Comprising three video ads, the campaign spotlights ways a website can make a company “real”, through its Garage film following an entrepreneur creating his dream auto shop, to Restaurant, which shows how a website can influence the style of a business. Squarespace chief creative officer David Lee explains: “The films are meant to inspire and demonstrate the idea process, using magical realism to take the metaphor of building a website into the real world. “People have access to the exact same tools that some of our high-profile customers use, so we wanted to tell a more democratic story for this campaign. “Simultaneously, our OOH (out-of-home) and social campaign complemented the films with real-life local customers in New York, Chicago, Toronto and London.”