Marketing a life-saving message for men

Prostate cancer is the most common form cancer among men. It affects one in eight men in the general population and is twice as prevalent among black men, of whom it affects one in four.

Yet public awareness of the cancer is still dismally and dangerously low. In 2014, when the campaigning and research organisation Prostate Cancer UK began monitoring awareness of prostate cancer among the general public, 53 per cent of men didn’t know where the prostate is in the body. Two years later, the charity found 54 per cent could locate the prostate while 17 per cent were unaware they even had one. 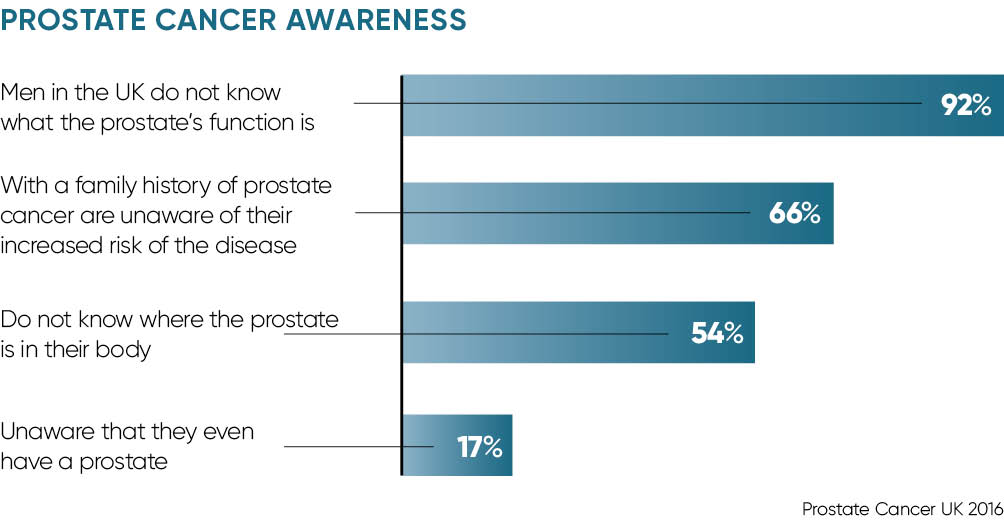 Yet every year 11,000 men die from prostate cancer in the UK. Consequently, it is even more crucial that men are aware of the risk factors, and take measures to monitor their health and to go to the GP to request tests if something seems amiss.

Men who are most at risk are aged over 50, have a family history of prostate cancer and are obese, and particularly black men. Unlike the cancers that uniquely affect women – cervical cancer and breast cancer – there are no failsafe national screening programmes for prostate cancer.

A lot then must be done around awareness. Two thirds of men (66 per cent) with a family history of prostate cancer are dangerously unaware of their increased risk of the disease, according to Prostate Cancer UK, and more than half of all men across the UK (52 per cent) are in the dark about the threat posed by a family connection to the disease.

Part of the process should be making men at risk aware of early warning signs. Though often asymptomatic, prostate cancer can affect urination in various ways from difficulty starting to urinate, a weak flow when urinating, a feeling that the bladder hasn’t emptied properly, needing to urinate more often, especially at night, and a sudden urge to urinate. Men exhibiting any of these symptoms are encouraged to contact their GP.

Campaigns such as Movember, which began as a fundraising and awareness-raising initiative encouraging men to grow a moustache during November in aid of men’s health charities, have done much to highlight that many men rarely discuss health issues.

Encouraging men to talk openly and take their own wellbeing seriously, in particular neglected and undiagnosed health conditions such as mental health problems, as well as testicular cancer and prostate cancer, is a crucial first step.

Movember has cleared a path for further campaigns to create further impact. This year, the unofficial, word-of-mouth 8-ball campaign spread through Facebook raising awareness around prostate cancer specifically. Simple and straightforward, users were encouraged to change their profile picture to an 8-ball emoji and to forward a message to their male friends, saying: “Hi mate, trying to raise awareness of prostate cancer. Can all you men please put it on your wall, don’t comment, then send this on to all your male mates.” 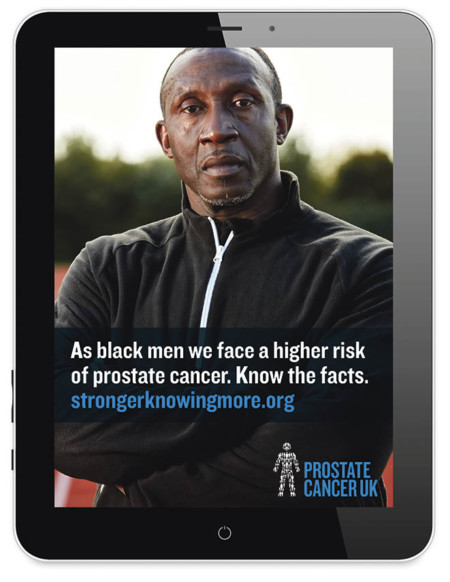 In an effort to reach black men, who are among the most at risk, Prostate Cancer UK launched their Stronger Knowing More campaign in January this year. Not only do black men have the highest risk of being diagnosed with prostate cancer, compared with other men, 86 per cent are unaware they are at higher-than-average risk.

Talking openly about prostate cancer will do a great deal to catch early-stage cases, and prevent it from affecting men’s personal and sexual lives in more severe ways. In worst-case scenarios, prostate cancer can be fatal, but even in those cases where it is treated and managed, complex side effects, including erectile dysfunction, fatigue and feelings of frustration, will have to be managed.

Every 45 minutes, a man dies from prostate cancer in the UK. But Prostate Cancer UK is striving to get its message across. This Christmas, the charity is fundraising for research into precision medicine that aims to discover and test new biomarker-treatment combinations in men with advanced prostate cancer as soon as they’re diagnosed.

This means using each man’s cancer DNA to discover the genetic change driving his particular prostate cancer and matching it to the treatment most likely to halt the disease.

It is hoped that this revolutionary clinical research programme will change the way men with advanced prostate cancer are treated and lead to better outcomes.