An app is helping to solve common legal and co-parenting issues, but it remains to be seen whether robo-mediators will become the norm 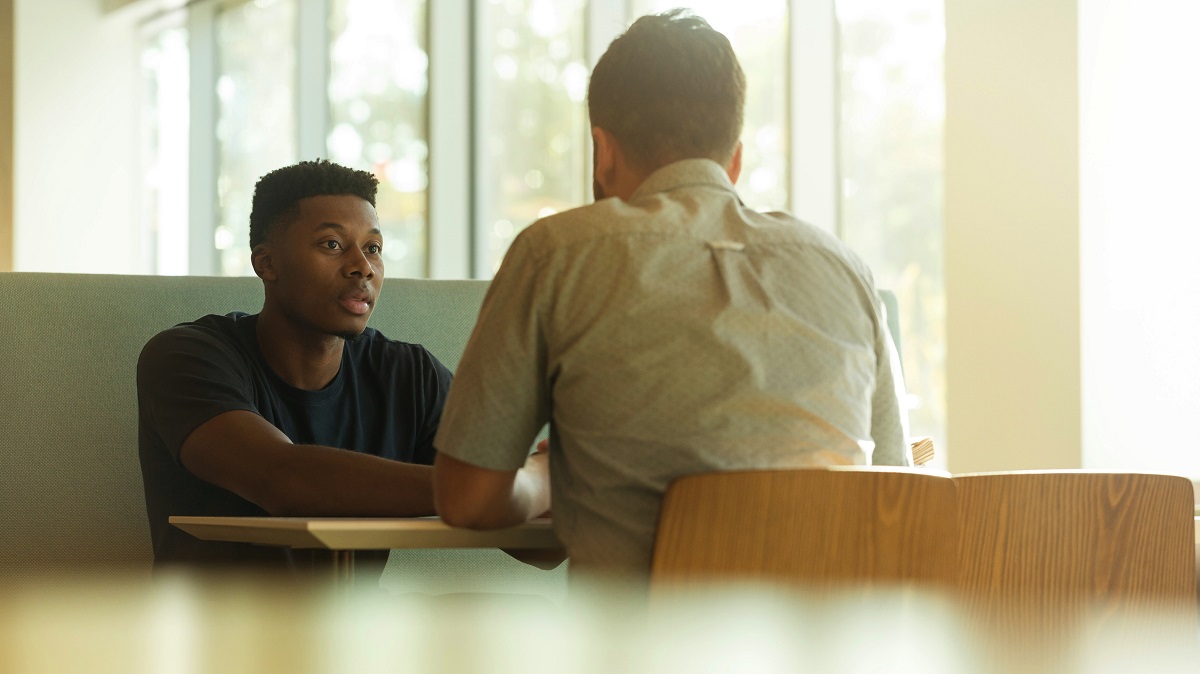 Jonathan Verk, co-founder of coParenter, has first-hand experience of a bruising marriage break-up. “Six years ago, I started going through what ended up being an absolutely brutal litigated divorce,” he says. “I had a front-row seat to see just how bad the system can be for people. And as bad as it was for us, it was devastating for our kids.”

After 25 years in the entertainment business, including a spell as executive vice president at Shazam, such a damaging divorce inspired Mr Verk to set up coParenter, a pioneering app to help people solve their co-parenting issues without needing a human mediator or lawyer.

Together with Sherill A. Ellsworth, former US judge at the Superior Court of California in Riverside County, and entrepreneur Eric Weiss, he created a tool that would help parents resolve disputes by first of all diagnosing whether they have a legal or co-parenting issue.

Mediator apps can keep families out of courts

In family law, the large majority of Americans don’t have an attorney, he says, and “80 per cent of people have no business being in court”.

On the app, each parent answers a series of questions to create a parenting plan on issues such as where the children will spend their time or go on holiday. It was designed to be child centric. “Typically, parents agree on about 80 per cent,” says Mr Verk. The app then provides tools to resolve the remaining issues. If they hit a roadblock, it connects them to a human mediator. All interaction, between parents and with mediators, is by text.

While parents are texting, the app uses artificial intelligence (AI) to assess the sentiments behind their language. In an example on the website, one parent writes: “New dog?! I thought we talked about this not being a good time for them to get a pet. I don’t like this idea.” And the app cautions: “Hey, this message sounds hostile. Do you want to send?”

Many of the issues brought to court are about tardiness with drop-off times, notes Mr Verk. “It’s really a pain in the neck, but it is not a legal issue,” he says. In response, it’s common for judges to tell parents to drop children off at a McDonald’s or Starbucks, and buy something so the receipt verifies their timing; it’s informally known as the “French fry order”.

Mr Verk says: “Sounds absurd, right? But it happens across the country, every day.” Such issues drain the resources of courts and people. To address this, coParenter incorporated a function similar to location data platform Foursquare, where parents can tap a button on arrival. 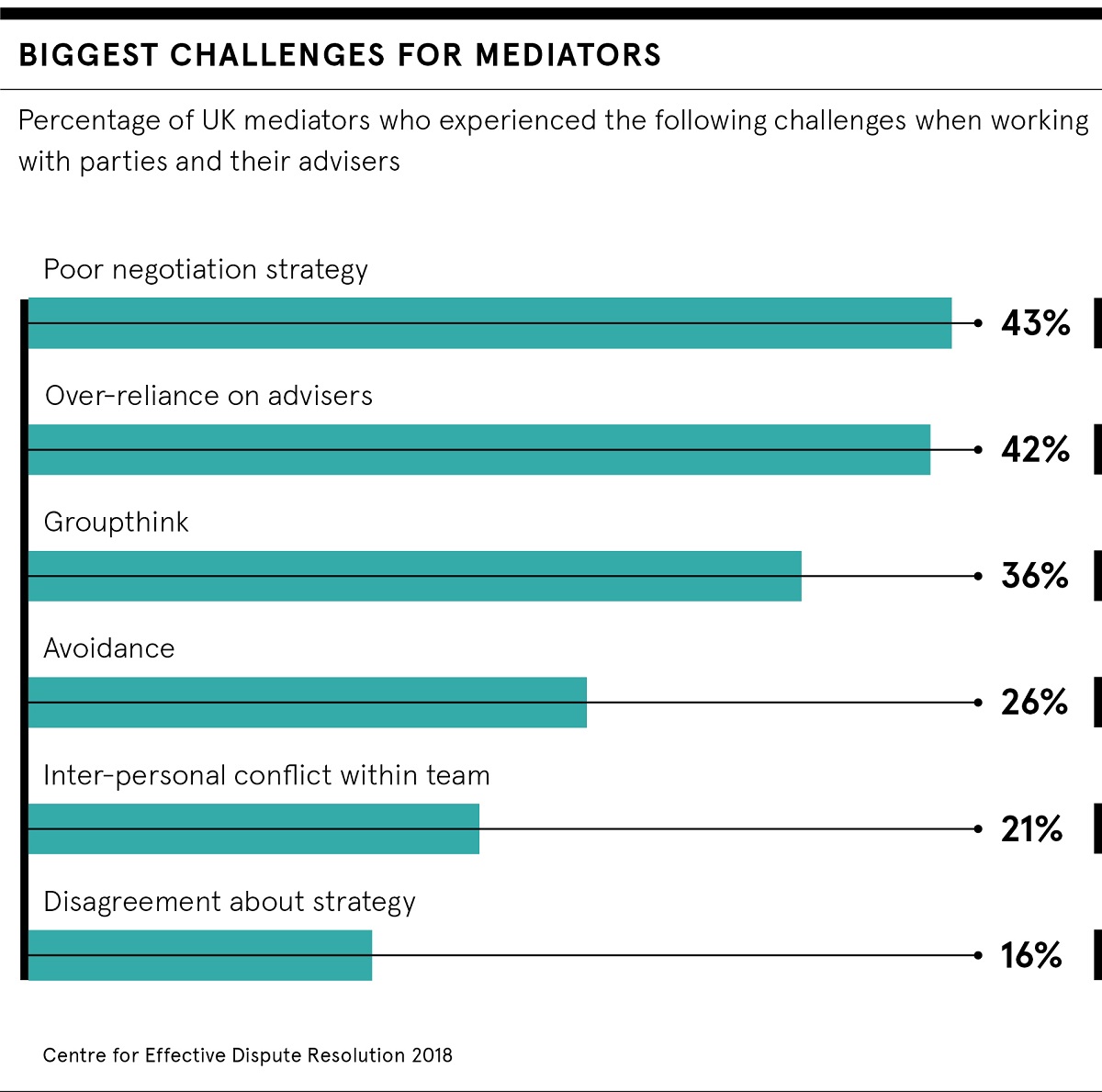 Since launching in January, more than 20,000 people have downloaded the app, which costs $12.99 a month. So are people more comfortable with an app in this case because it provides greater emotional distance?

“When would you find yourself to be more agreeable? If you take the day off work, go down to the courthouse, or to a mediator’s office, you sit in a room opposite your ex, as you’re asked to make decisions about your parenting, based on your specific legal rights?

“Or you go home, you sit on your couch, have a glass of merlot, and you’re put through a process that is focused on your child’s wellbeing, with guidance and tools?

But could mediation apps soon be key to running alternative dispute resolution more generally? Or is mediation, to some extent, an inherently human process?

Sheela Mackintosh-Stewart, UK divorce lawyer and mediation expert, praises coParenter’s ability to caution users if the words they use convey anger. “Filtering out anger is a big part of mediation,” she says. However, Ms Mackintosh-Stewart thinks technology isn’t yet sophisticated enough to hear “nuances of anger, love and emotion”. But she concedes: “I think that time will come.” 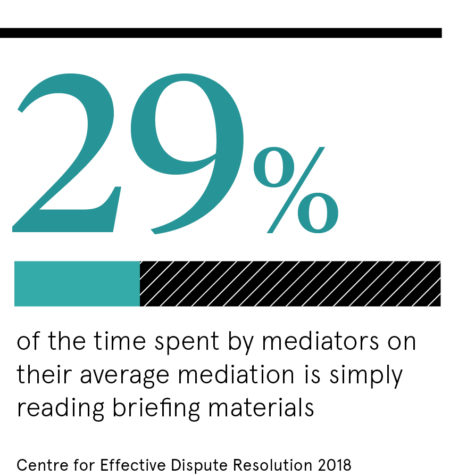 She says one advantage of technology is that, unlike a human being, it could store and process millions of cases, and could present people with a range of possible outcomes based on case law.

David Allison, director at Family Law in Partnership, adds: “I do think AI could be very helpful, certainly in financial mediation. Nobody likes budgeting, but it’s a huge part of mediation. People need to think about what their new life is going to cost them, including housing, mortgage capacity and expenses.”

Sally Pike, partner in the family team of law firm Thrings, says: “I can see it becoming increasingly used for gathering and interpreting financial information, such as bank and mortgage statements, and details of ownership of property and other assets.”

AI not smart enough to read body language, yet

But the ability to understand what’s not being said is often as important, or more important, than understanding what is communicated verbally, she says. When will AI be sophisticated enough to interpret pauses or silences as effectively as a trained mediator?

Echoing this sentiment, Helen Watson, head of employment law and partner at Aaron & Partners, notes that mediations “rely a lot of the time on the mediator reading body language and tone of the parties, and gauging when they should be split up or brought together”.

In smaller financial disputes, technology has made great strides. Earlier this year, the first robo-mediator settled a dispute, concerning £2,000 of unpaid fees for counselling, in a court in England and Wales. It took less than an hour.

“Robot mediators are useful in cases where the mediation is a straightforward commercial negotiation over figures, but the technology is essentially just a ‘blind-bidding’ system that attempts to nudge the parties closer together until their ‘secret bids’ overlap,” says Michael Axe, senior associate and mediation specialist at Gardner Leader.

“This may work well if a mediation is effectively just a salami-slicing exercise between the parties’ respective positions, but it’s of limited use in more complex cases.”

While AI is unlikely to replace human mediators in the near future, there are many fruitful ways for it to save time, energy and money in the process of mediation.