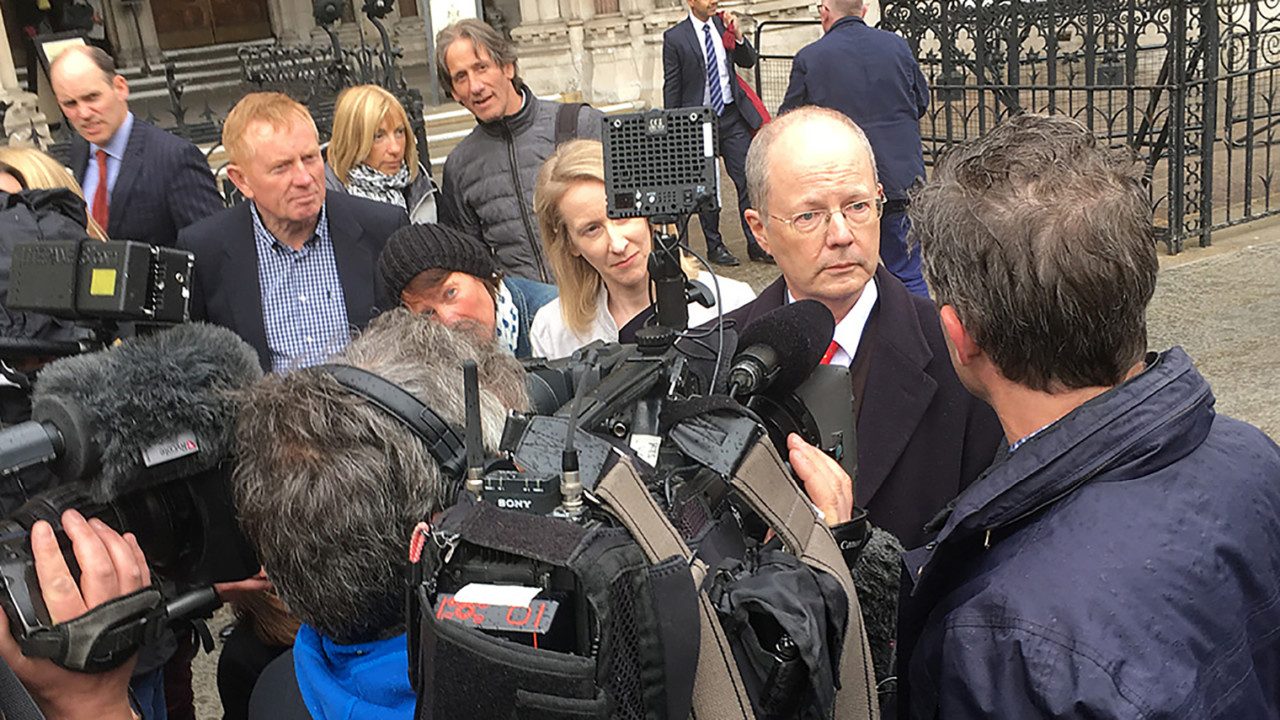 When James Thornton first visited Brussels in 2007, there were 15,000 corporate lobbyists buzzing around the European Commission, including several well-paid senior legal counsel, but not one environmental lawyer.

Unlike in the United States, where the environmental movement evolved in the slipstream of civil rights, and where Mr Thornton trained and worked for the National Resources Defense Council, in Europe the environmental lobby was dominated by campaigners not lawyers. This is beginning to change. 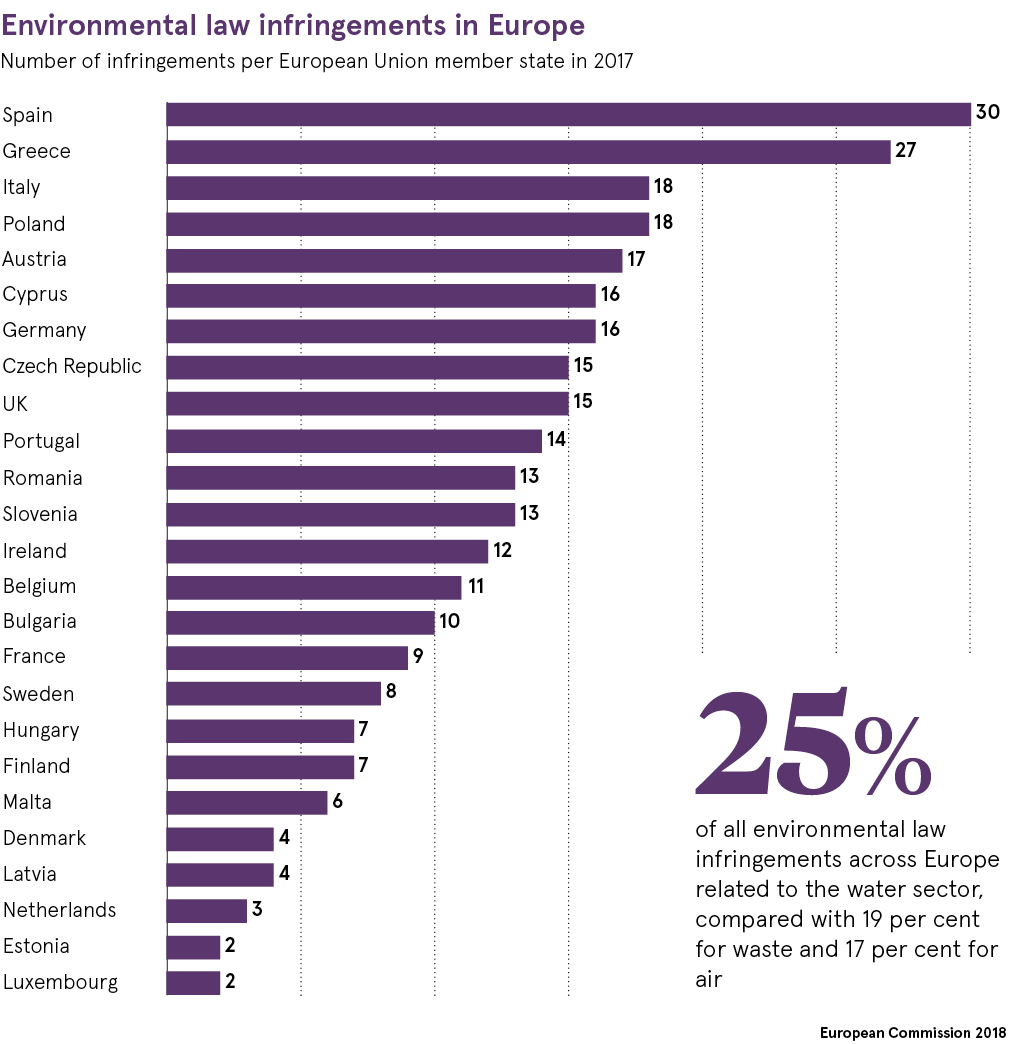 Lawyers are beginning to proselytise, lobby and litigate against politicians and policymakers over the environment and their enforcement duties. And the timing couldn’t be more crucial.

Christiana Figueres, the former United Nations climate chief and architect of the Paris Agreement, warns that unless greenhouse gas emissions begin to fall within the next two years, the planet could face dangerous and irreversible temperature increases. Such increases would render the goal outlined in the Paris Agreement, to prevent temperatures rising more than 2C by 2100, unachievable.

“Moving from political agreement to concrete regulatory schemes that people agree mutually to bind themselves to create an outcome – that is our concern,” says Mr Thornton, founder and chief executive of ClientEarth, the UK’s first public interest law firm.

ClientEarth’s track record is impressive. The firm, which has offices in London, Brussels and Warsaw, has rarely lost a case, and includes among its successes the halting of new coal-fired power stations in the UK and Poland.

Merely a decade old, ClientEarth has won a raft of awards and accolades. In 2017, it was named the Legal 500’s Public Law Firm of the Year, and was ranked second by the Financial Times against all law firms and legal services providers in Europe for its originality, leadership and impact.

Currently, it is suing the UK government over illegal levels of air pollution, and last year it won a landmark case against Poland’s extreme-right government in the European Court of Justice over the illegal logging of the country’s primeval Białowieża Forest.

While the litigation cases are attention grabbing, Mr Thornton explains that 60 per cent of ClientEarth’s work is behind the scenes. One such case is a year’s-long programme to reframe the fiduciary duty of institutional investors, such as pension funds, to take climate change risk into account. It is expected this should lead to the divestment of high-carbon projects.

But it is in China where ClientEarth’s mission to strengthen the rule of law and protect the environment has the largest potential impact. In 2014, ClientEarth was invited to help write regulations relating to a landmark law that China had recently passed to allow Chinese environmental NGOs to bring cases against polluting companies, including state-owned organisations.

As special advisers to the Supreme People’s Court of China, ClientEarth has been working with the Chinese Ministry for Environmental Protection and federal prosecutors to build a culture of compliance that will make it easier to bring environmental cases to court, try them fairly and hold polluters to account. This ambitious project involves the training judges, all the way from the Supreme People’s Court to the provincial courts, training of prosecutors, on how to bring environmental cases to court, and deployment of an effective environmental permits system.

Lawyers are rising to the challenge, and striving to bridge the legal, regulatory and policy gaps left in the wake of the Paris Agreement

Mr Thornton acknowledges that while China’s ambition to become an “ecological civilisation” is not couched in the language of human or civil rights, he is encouraged by the country’s urgent commitment to the cause. “The feeling of openness and creativity is enormous there,” he says. “In Europe, we have a mature system and we have to put enormous work into making it work.”

Despite European governments’ reiteration of their commitment to the Paris goals, progress is still stymied by a lack of political will, political weakness and fear of short-term economic fallout. Instead, lawyers are rising to the challenge, and striving to bridge the legal, regulatory and policy gaps left in the wake of the Paris Agreement.

“A recurring theme post-Paris has been that although the money for these green investments exists, investors are hesitant to deploy their funds in the absence of stable and transparent legal frameworks, including neutral and reliable enforcement mechanisms,” says Annette Magnusson, secretary general of the Arbitration Institute of the Stockholm Chamber of Commerce and general counsel of the Stockholm Chamber of Commerce.

The Arbitration Institute of the Stockholm Chamber of Commerce, in collaboration the International Bar Association and crowdfunding website HeroX, have launched an innovation prize to encourage the creation of an international legal instrument to incentivise and protect cross-border investments aimed at climate change mitigation and adaptation.

The Stockholm Treaty Lab specifically aims to dismantle silos between the legal sector and other disciplines, as well as within the legal sector itself. “The two most obvious are between international investment law and climate change law,” says Ms Magnusson, who points to more than 40 cases pending relating to investment disputes in renewable energy.

Original thinking is essential to overcoming the regulatory and technical hurdles that stand in the way of a low-carbon economy. The private sector is more committed than ever to sustainability, but without stable and long-term legal and policy structures in place, its willingness to invest will diminish.