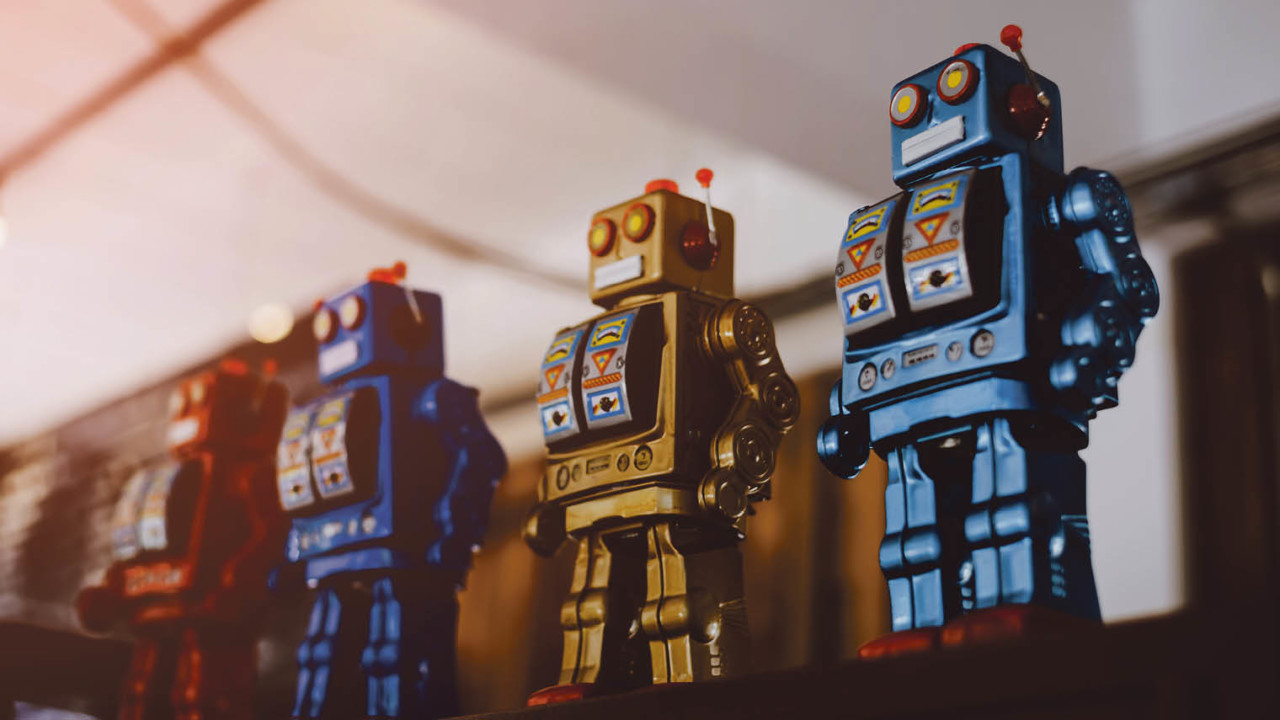 Ask a child what an inventor looks like and they will probably describe someone in a moth-eaten white coat with wild hair, mixing colourful chemicals and turning dials on bizarre machines in a makeshift laboratory.

But ask the same question of a child in the not-so-distant future and they might instead describe an inventing machine, a computer powered by artificial intelligence (AI), to which humanity has outsourced all innovation.

As AI becomes more powerful, the role it plays in the creative process becomes more problematic, particularly for those involved in crafting intellectual property (IP) laws.

IP laws are usually conceived to encourage innovation and economic growth, to offer fair compensation for creative work or to respect the dignity and honour of the creator.

“Like most legislation, [IP law] is about pragmatic compromise between different stakeholders with different ideals and objectives,” says Carrick Flynn, research project manager with the University of Oxford’s Future of Humanity Institute.

“It is better to continue to frame IP as requiring intermixing with human ingenuity and creativity. The product of an AI system in this framework is two steps removed from this intermixing and therefore should not be owned any more than the owner of a paintbrush should own whatever is painted with it.”

Dani Kramer, a patent attorney with Mathys & Squire, says the current IP law system is not geared up for AI.

“It is always a bit behind the curve,” says Mr Kramer. Much of the patent law currently in force dates from the 1970s, before the rise of personal computing and the internet, let alone AI.

Patent disputes usually arise when a product becomes successful and a disgruntled inventor challenges the company producing it because they were not properly cited, were poorly compensated or claim they did not assign their rights to the company.

The world of AI

“Google has lots of elaborate algorithms for running search and maybe one of those algorithms will invent a new and better algorithm. At some point, Google may come before a court when they try to enforce a patent. Would the other side say that Google doesn’t own that because it had not properly tied up ownership of that invention?” asks Mr Kramer.

Ashley Winton, a technology and cyber law attorney with Paul Hastings, says: “Although the discussion around intellectual property generated by AI is new, the concept has been around for some time. Computers have long generated music and artwork without specific direction from humans, and in the UK there are already provisions in the Copyright, Designs and Patents Act 1988 for the ownership of copyright in computer-generated works. The author of that work will be the person who commissions the work.”

The US Copyright Office is clear that to qualify for authorship, a work must be created by a human being. Its compendium of practices now specifically rules out photographs taken by monkeys for example, a reference to a 2011 monkey selfie case. Interestingly, the same chapter rules out registering works produced by a machine or mechanical process that operates “without any creative input or intervention from a human author”.

Yet consider the Cybernetic Poet software created by Ray Kurzweil, who popularised the idea of singularity that the creation of an artificial superintelligence will lead to runaway innovation.

The Cybernetic Poet analyses the works of a particular poet, creating a language model which is then used to write original poems. Who, then, should own the copyright? The original poet, Ray Kurzweil or perhaps the computer itself?

If we extend the Cybernetic Poet concept to product design you begin to see the challenges facing those with an interest in IP.

IP law expert Professor Ryan Abbott of the University of Surrey believes that companies are not disclosing the involvement of machines in the creative process “for fear of making inventions unpatentable”.

“I have advocated recognising the computer as inventor,” says Professor Abbott. “It is the cleanest option and most consistent with how we treat property and would result in the most innovation.

“It is important for regulators to come up with rules that promote certainty. We will eventually get to a singularity of invention. If one looks not too far into the distance, where computers are developing their own software and have the ability to exponentially improve themselves, it takes us into a very different world.”

The US Copyright Office in 2014 declared that only content created by a “human being” would be registered as an original work of authorship. The ruling followed a lawsuit involving a photo of a macaque monkey by British photographer David Slater and Wikimedia Commons, with the latter claiming it had the right to use the photo as it had been taken by the monkey itself.

The US Copyright Office also added that copyrights cannot be registered for works “produced by a machine or mere mechanical process that operates randomly or automatically without any creative input or intervention from a human author”.