They signed to EMI in 1992 and released their first album, Pablo Honey, the following year, achieving double platinum status by selling more than 600,000 copies. Most of those copies would have been bought as physical CDs or vinyl. As album releases go, it was as old school as it gets.

Fast forward to 2008 to the release of the band’s seventh studio album, In Rainbows. This was released as a pay-what-you-want download from a dedicated website, although physical copies were still available. The BBC reported that most people had paid a normal retail price even though they could pay nothing. Many diehard fans chose to buy a special “discbox” edition for £40. Within a year, the band had sold three million copies.

The challenge for creators of original works, whether that is music, images, software or other original expressions of ideas, is how to protect those creations and make enough money from them to fund future creative exploits. Radiohead showed how it could be done, but in the decade since, it has become even harder for creators.

Bill Lister, partner at IP firm Appleyard Lees, says: “Given that the internet now reaches into nearly every home in the developed world, there is an expectation that ‘stuff’ will be freely available if you input a search into Google. If you don’t make it available, then all that is going to happen is that someone is going to do it for you.” 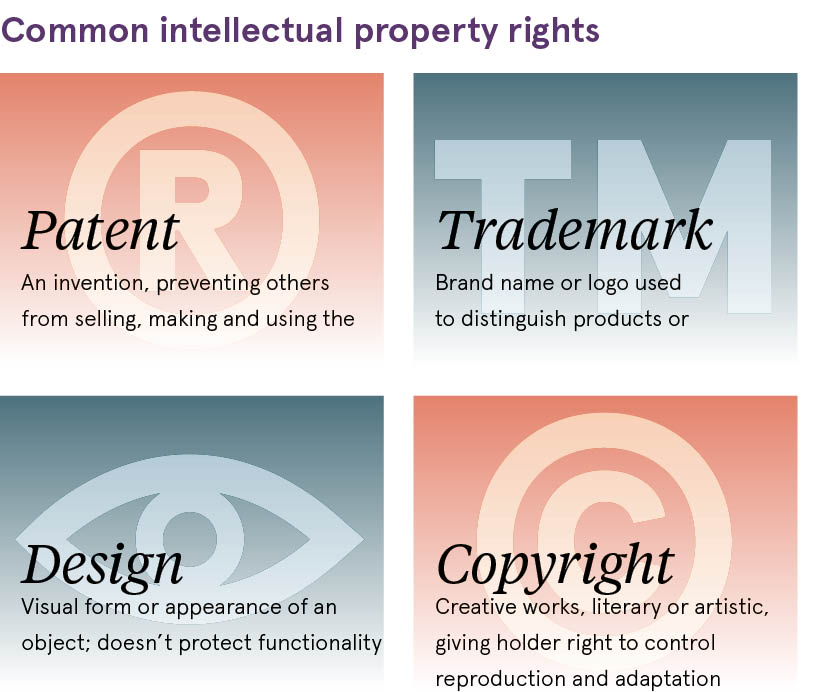 It is why the music industry is now so strongly focused on the live experience of gigs and festivals, which cannot be distributed freely in the same way.

Other creators are starting to think like the music industry and embracing ideas such as “copyleft”. This allows users granted licences to distribute and share a work freely, even if it has been modified. Creative Commons, which first appeared in the early-2000s, is the best known example of copyleft. It is a subtle twist on the idea of copyright, which grants creators of original works exclusive rights to its use and distribution typically for a fixed period after the creator’s death.

The GNU General Public License, under which the operating system Linux and much open-source software is shared, is another example of copyleft.

Open-source software, where programs are worked on together by loosely connected developer communities rather than traditional software houses, show one way IP can be shared without stifling innovation. Linux, the mobile operating system Android and the database system MySQL have all achieved widespread adoption, and are continually innovating despite, or perhaps because of, being open source.

“Fundamentally, the IP world is about being able to protect the person who puts the creative force into creating an intangible asset. None of these IP rights stop you from open innovation. You can take a copyrighted piece of software and make it available for free, and allow the public to change it and distribute it as they like,” says Sean Jauss of Bristol-based IP experts Mewburn Ellis.

Mr Lister believes the right to be identified as the originator of a work and also the right not to have something wrongly attributed to you is imperative.

He says: “The advantage of some form of implied licence, even if it is gratis, enables the licensor to obtain some control, even if limited, over how the innovation is actually used. It is saying ‘I will let you use my ideas free of charge because it is in the public good. I am entitled to some control’.”

Free does not have to mean free of charge either. Avi Freeman of patent attorneys Beck Greener says open source can be commercially successful. “There are commercial companies which make money by layering services on top of the open source which they patent,” he says.

Julia Gwilt of Appleyard Lees says companies increasingly need to bring in expertise from different areas, particularly in artificial intelligence and machine-learning. “Not many people have the ability or resource to write their own software and are using open source,” she says.

So does IP legislation need to change to embrace this new world? The UK regularly tops rankings for the quality of its IP legislation says, Dr Jauss. “IP law stays as up to date as possible, but inevitably the legislators are playing catch-up. Innovation is running ahead of the game, but generally the system works,” he says.

Mr Lister says that part of the problem is that innovators themselves often don’t understand what they have innovated and no one really understands the ramifications. “We have had Facebook 20 years, but there is a real problem only starting to emerge now,” he says.

One of the main problems is not in the state of the legislation, but in the difficulty of enforcing it. “Someone in China really can’t be legislated against,” says Mr Lister. “If you come up with an innovation you have to benefit from that innovation as much as you can up front.

“You may be able to squeeze 60 per cent of the benefit out of it knowing that 40 per cent will be lost. It is the 40 per cent out there in the open market which then gives you a launch platform for your second innovation.”

It may not be the law that needs to change, but how we use technology. Dr Jauss concludes: “The internet has revolutionised the distribution of much creative output, but it also promises to help make enforcement easier. We are moving towards digital rights management along with more sophisticated cryptography and the use of blockchain for creators to control the downstream use of their IP.”

Radiohead are already looking at blockchain. No alarms and no surprises there.