Probably the most feared crime at sea, piracy can be the result of illegal or unregulated fishing displacing fisherman who turn to maritime robbery and extortion 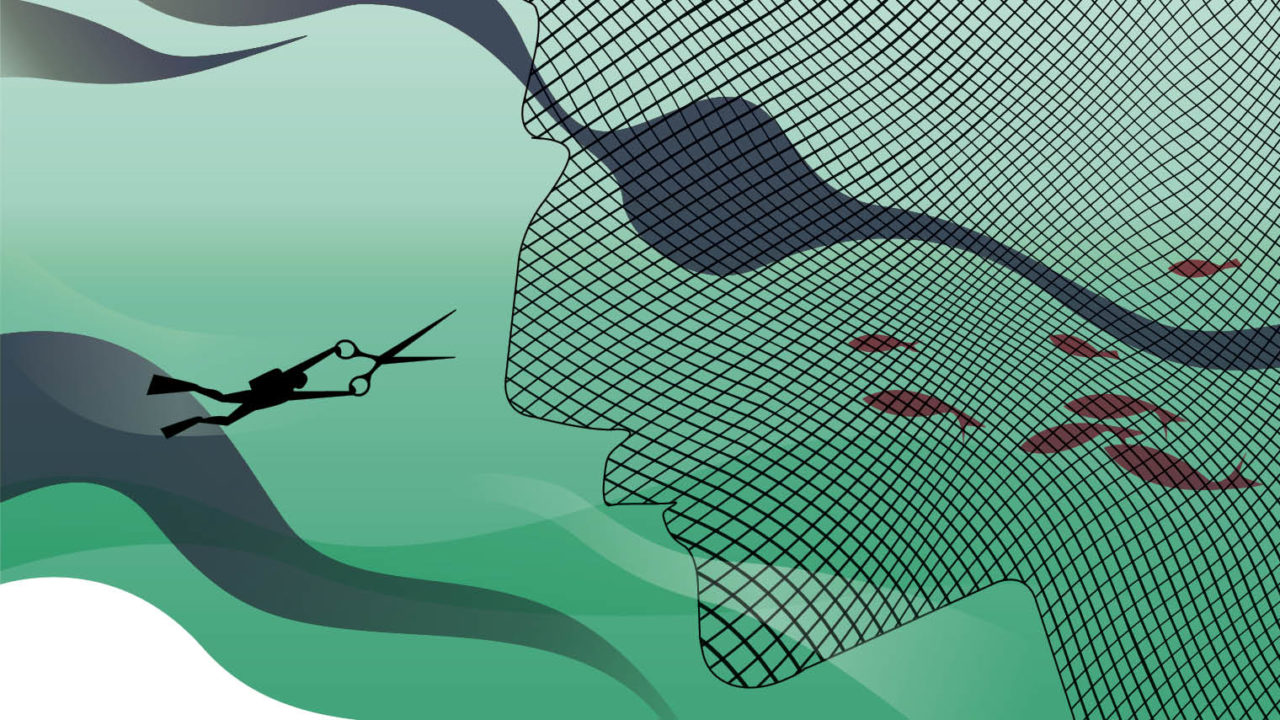 On September 24, 2018, news broke of an attack on the motor vessel Glarus 45 nautical miles southwest of Bonny Island en route to Port Harcourt in Nigeria. Sailing from Lagos, the Massoel Shipping vessel, carrying wheat, was boarded by pirates and 12 of its 19 crew members taken hostage.

The Gulf of Guinea alone accounted for more than 40 per cent of the world’s incidents of maritime piracy in the first quarter of 2018, underlining the very real threat that robbery or violence at sea still poses.

Illegal maritime arrivals, exploitation of natural resources, illegal activity in protected areas, marine pollution, prohibited imports and exports, biosecurity risks, and maritime terrorism have all been listed as additional dangers to the marine economy by the Australian Department of Home Affairs. But it is maritime piracy that continues to be the greatest fear and steal the headlines.

International Maritime Bureau (IMB) assistant director Cyrus Mody says: “Somalia was the initial turning point and real eye-opener for everyone. The sheer level of violence seen there was unprecedented in modern-day shipping.

“Traditionally, the response to incidents was the subsequent allocation of resources to vessels in high-risk areas, to reduce the number of incidents in a particular region over time.

“However, in the past ten years, there has been a series of modifications to this process due to the complexities involved in tackling threats in different regions. After Somalia, the threat moved to southeast Asia and now the focus is on west Africa.”

The IMB has since gone to great lengths to counter the threat of maritime piracy by utilising international relationships with maritime agencies, and encouraging heightened collaboration between states, strengthening defences of potentially endangered vessels and greater vigilance among shipowners.

Many factors responsible for rise of maritime piracy

But what if maritime piracy is just the culmination of factors, rather than a sole strand? Philip Barber, marine security specialist with I.R. Consilium, believes that a new threat should be added to the list: “The threat to freedom of navigation, caused by boundary disputes over territorial waters.”

Mr Barber explains: “Maritime security threats are seldom binary and are usually interrelated, and attempting to solve one problem without understanding the associated threats in other maritime and land-based spheres often results in failure.

“For example, Somalian piracy was the end result, but had its origins in illegal unreported and unregulated (IUU) fishing. The fisherman, deprived of their livelihood by foreign IUU fishing vessels, resorted instead to maritime piracy and so a criminal enterprise was born.”

Attempting to solve one problem without understanding the associated threats in other maritime and land-based spheres often results in failure - Philip Barber, I.R. Consilium

He believes the same is now transpiring in the Gulf of Guinea and southeast Asia, with the initial catalyst to both being states’ failure to control fisheries and their own exclusive economic zones.

“The situation can, however, be reversed by tackling IUU fishing and engaging with the local fishermen to act as the eyes and ears of the maritime police,” Mr Barber offers as a solution embedded in mostly technology-driven modern-day methods.

“At sea, the introduction of automatic identification systems and its fishing equivalent, vessel monitoring systems, has meant that vessels can now be tracked to a greater extent than before. However, the former are frequently turned off and the latter can be, and are, tampered with.

“A recent innovation to combat this has been integrated maritime surveillance systems, which enable the sharing of data between multiple agencies and ultimately nations. The use of artificial intelligence within the systems enables the most advanced to identify, through satellite tracking, those vessels displaying high-threat behaviour and then highlight them to an operator.”

Who is responsible for dealing with maritime piracy?

The use of unmanned aerial vehicles, or UAVs, and more record-driven traceability of fish stocks are further ways to meet illegal maritime activities at the start line, rather than the pirate-ravaged finish line, but only when complemented by real-time communication between international agencies and non-governmental organisations such as the IMB.

“It is now down to individual states, vessel masters and shipowners to take responsibility for implementing these processes and systems and, vitally, reporting every incident that occurs,” says the IMB’s Mr Mody. “The first step towards prevention is knowing that a crime is actually happening.

“If an incident occurs, other vessels or states in that vicinity need to be alerted of the potential dangers and, with the kind of transparency we encourage as a not-for-profit organisation, this is how we can look to combat illegal maritime activities in west Africa and the rest of the world.”

While piracy poses a clear physical threat to the global shipping industry out at sea, a host of additional economic risks also threaten international trade and supply chains.

Fraud, data manipulation and tampering with a vessel’s automatic identification system (AIS) necessitates the need to oversee the movement of ships in real time, and this is now being facilitated by NovaSAR, following the synthetic aperture radar (SAR) satellite’s launch in September.

AIS signals are positional indicators that vessels must broadcast under international law. Failure to do so often suggests smuggling, illegal fishing or other deviations.

Designed to operate for seven years, NovaSAR will help authorities combat crime at sea, including piracy and drug trafficking, and also deal with oil spills, while facilitating environmental studies.

The lightweight NovaSAR was manufactured by Surrey Satellite Technology in the UK, which also made the high-resolution optical satellite S1-4 that can pinpoint objects on the Earth’s surface or at sea as small as 87 centimetres across.

Airbus Defence and Space UK have further contributed to the UK government-funded, state-of-the-art project, which is expected to generate as much as £150 million of investment.