Educating children for the jobs of the future

By 2030, robots, artificial intelligence, automatons, call them what you like, will have displaced up to 800 million workers or one fifth of the global workforce, according to McKinsey Global Institute. The inexorable and exponential march of technology will create new jobs, experts assure us, but what are those roles likely to be and how should we prepare?

The World Economic Forum’s Future of Jobs Report 2018, estimates that by 2022 “no less than 54 per cent of all employees will require significant reskilling and upskilling”. The report adds: “Human skills, such as creativity, originality and initiative, critical thinking, persuasion and negotiation will retain or increase their value, as will attention to detail, resilience, flexibility and complex problem-solving.”

What skills should we be teaching children in schools?

How about in 2032, or 2042, and beyond? What tools should we be arming today’s children with so they stand a chance of surviving the world or work in one or two decades from now? “Many pedagogical experts argue that schools should switch to teaching ‘the four Cs’ – critical thinking, communication, collaboration and creativity,” Yuval Noah Harari writes in his new book, 21 Lessons for the 21st Century.

In a chapter entitled Education: Change is the only constant, Professor Harari continues: “More broadly, schools should downplay technical skills and emphasise general-purpose life skills. Most important of all will be the ability to deal with change, to learn new things and to preserve your mental balance in unfamiliar situations.”

Lord Jim Knight, chief education adviser at Tes Global, a network for educational professionals, strongly believes traditional curricula need to be overhauled in the UK. Moreover, young people should be allowed to play for as many years as possible because they will learn and develop skills that will be essential to flourish at work and home in the coming years.

“In Scandinavia, children attend school from the age of six and in many ways I think that is the sensible thing to do,” he says. “In Britain, we have a parental expectation for our children to be taught formal skills, such as reading and writing, earlier.”

Lord Knight contends that many secondary schools “are stuck in formal pedagogies” and must introduce more play-based learning, through projects. He asks: “Why wouldn’t we want kids to learn by building stuff, making things and being assessed by exhibiting work, rather than doing everything through formal desk-based exams?”

New schools teaching children to be ready for change

Attitudes are changing, albeit slowly. Lord Knight welcomes the opening of two free schools, in Bournemouth and west London, that are the brainchild of Ian Livingstone, co-founder of Games Workshop and the inventor of Lara Croft of the video game franchise Tomb Raider. They offer “a groundbreaking curriculum relevant to the digital age,” according to the Livingston Academy’s website. Elsewhere, Gever Tulley’s Brightworks in San Francisco is a school that “reimagines education by taking the best practices from both early-childhood education and hands-on, project-based experiential learning”.

“We can’t know for sure what skills children will require for the future, but what we can be confident of is that change, and thus the need to adapt, will be an ongoing and increasingly important aspect,” says Peter Twining, professor of education futures at The Open University.

“Flexibility and resilience, and learning to learn will all be critical. Therefore, play – an important element of how humans, and other mammals, learn – is vital. Digital technology can be a powerful tool to support children’s learning if used appropriately, too.”

The amount of device screen time youngsters should be afforded for learning is hotly debated, however. “In Silicon Valley, there are boutique schools attended by the princes and princesses of tech giants that keep the children away from anything digital,” says Sir Nigel Shadbolt, co-founder and chairman of the Open Data Institute. 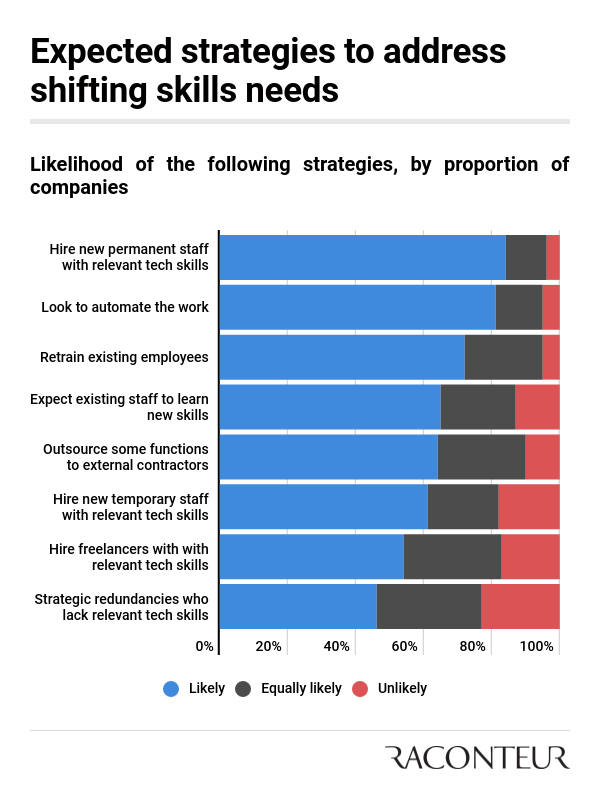 Efforts have been made to gamify learning for digital natives in recent times, with varying degrees of success, but one standout triumph is Raspberry Pi Foundation, which has developed a series of small, single-board computers to promote teaching of basic computer science, as well as innovation in schools and developing countries.

Eben Upton, Raspberry Pi’s Cambridge University-educated chief executive, believes introducing children to tech, ideally through play, is critical to their future success. “You don’t make a concert pianist by sitting someone down at a piano at the age of 18,” he argues. “It’s important to reach children as early as possible, while their brains are still flexible.

“At school, the emphasis needs to be on foundational skills: numeracy, literacy and critical thinking. We advocate for computing education in part because it’s a great way for students to gain those foundational skills in an enjoyable, relevant way.

“It’s absolutely not about trying to guess which programming language is going to be required by employers in 20 years’ time and drilling children in that; cross-training to specific technology is down to employers and employees.

“It’s a truism that in the future workers will have to be prepared for roles to change radically over the course of a career. The days of a job for life, and of a single programme of education and training that fits you for that job, are gone. This is why it’s important to equip young people with foundational skills that will stand them in good stead regardless of what jobs they end up taking on.”