In The Glass Closet you argue that running a company embracing diversity and inclusion is not just the moral thing to do, it’s good business as well. Why?

Many long-running studies show companies that have inclusion as a fundamental part of their leadership have great engagement of teams. And engaged teams produce abnormal returns, over and above those of average companies. On average, it’s about 2 per cent [more] profitability a year, so 20 per cent over ten years. That’s tough to get any other way.

The second thing is that being inclusive allows you to recruit a diverse set of people, which means you get a better array of people. You get the best of the best and you also get diverse thinking, which stops companies from operating in a bubble.

You make the point that when it comes to race and gender, issues of diversity and inclusivity are more visible. With lesbian, gay, bisexual and transgender (LGBT) people, the issues might be harder to spot. Does this mean some companies fail to realise what they’re missing out on?

More and more companies are understanding what they’re missing out on and why this is important, but not everybody. And it’s been a long time in the coming. If you look at gender, I remember at the start of my career, I don’t think there were any women’s toilets on the board floor. Over 50 years it’s got better, but it hasn’t reached the point where it’s satisfactory. LGBT inclusion is behind that. After all, the law didn’t change until ’67 in this country and attitudes took a much, much longer time to shift – so much so that we only recently had gay marriage.

I also think there is a lack of role models. If you say to someone “Be yourself at work”, they might say “That’s great; I’d love to, but who’s been out and gay, and become a CEO?” Then you have to scratch your head – there’s only one at the moment and that’s Tim Cook of Apple. That’s very unusual because you’d think in the top 500 companies in the world – on average let’s say 5 per cent of the population is gay – why wouldn’t you expect 25 chief executives to be gay?  So either 24 are still in the closet or there’s been something odd about the selection.

When Tim Cooke came out publicly, what was your reaction?

I was delighted. I thought it was a very important move because he crossed a threshold. When you’re in a leadership position, you can’t say that your private life is private. Actually you’re owned and shared by your organisation, and you should demonstrate yourself to be a role model and a leader in all aspects. I was outed and then I resigned from BP because of the circumstances around that. I wish I’d come out earlier, but that was then and this is now.

How much have things changed during your career?

It’s changed a lot now. In this country, passing the legislation for gay marriage was a remarkable watershed. It puts everyone on a level playfield. So there are many parts of society where attitudes have changed and it’s much easier to be yourself. But it’s more difficult in institutional life – corporations tend to be very conservative. I remember being interviewed by a well-known bank after publishing my book and the interviewer had interviewed me for 20 minutes or half an hour without once using the word “gay”. It’s because it was very difficult to talk about it, and you have to respect and understand that. So attitudes take time to change, but I would say that the glass is half full.

If there are LGBT chief and senior executives at the top of large organisations who aren’t yet out, what would you say to them?

Well I can’t give advice because it would be general advice for something that’s very personal. But I hope they will, at some stage in their life, come out. It would be really deeply tragic not to be yourself, at least at some stage. But life is long, so you can pick your time. It would be great if they came out while they are still chief executives, but they have to reconcile themselves with their family, with their surroundings and probably also with this point – that having lived a life where they haven’t said they’re gay, does it create a challenge to their authenticity?

What about the idea that people’s private lives are just that – private? It’s the “don’t ask, don’t tell” approach. Does it fall short in your view?

Sort of. I think a lot of people like to behave like that: “Whatever you do in your private life is none of my business.” But, actually, that never is the case. When straight people get together, they do talk about their families and they do talk about what they did at the weekend, they do have photographs of their nearest and dearest around them. So, if you’re gay and you’re excluded from that, you really are excluded, and life is very tough.

As a senior manager within a business, what can you do?


The most important thing is for the tone to be set from the top. Every single day, the signal has to be out that inclusion is a fundamental plank of the leadership – from the chief executive and the senior people. They have to say it; they have to insist on it. And anything which is not inclusive should be instantly dealt with and normally punished. Bigotry, exclusion – there can be no approximation here. None.

Secondly, they need to get everybody in the organisation who’s a manager to have time on their agenda to talk to people, to explain why it’s important to be inclusive and why they want people to be themselves. Thirdly, you have to measure the attitudes – what are people really thinking? And fourthly, you have to help people because everybody has an unconscious bias. It’s a human thing that everyone has an irrational bias towards something, even if it’s something trivial.

Lots of large corporate companies have a presence at Gay Pride events, with banners and staff wearing branded T-shirts, but it can feel as though this is a one-off, that they don’t pin those same colours to the mast with the same enthusiasm at other times. Do you think some are guilty of “pink-washing”?

You can never tell. I think that it’s better than nothing. But it’s nothing like enough. So the test is: how are they doing internally? Are they actually worrying about this? Is the chief executive talking about LGBT inclusion? Are they asking their managers to allocate time to do this? Do they have the right networks? Do they have straight allies in the networks or is it just a ghetto of LGBT people? Are they teaching people about how to drive out bias? And, finally, are they applying the same standards to their suppliers as they are to themselves? That’s actually a very big test.

You ask your supplier of potatoes, whether they’ve thought about how they’re dealing with LGBT people – do they have a policy, does it work and do they take it seriously? And if they say “no” then what do you do? Stop buying the potatoes or say it doesn’t matter? That where the test is. If they pass those tests, then I think having T-shirts is a great idea.

You’ve said in the past you regret telling your lawyers the version of events you did – that you met your former partner jogging in Battersea Park. But, when an injunction against the newspaper story failed because of that, it also began a chain of events which has resulted in you doing what you’re doing today. So, do you still regret it or do you think things have worked out for the best?

Who knows? It’s a very interesting question – the question of hidden hands. But I deeply regret telling that lie. Many people said it was the sort of thing anyone would do. Nevertheless, I hold myself to a pretty high standard. I corrected it pretty quickly, but it was a bad error of judgment. Mind you, it was an error of judgment to have met [Jeff] Chevalier the way that I did, through an escort site, and it was an even worse error of judgment to believe that it could have been converted into a relationship. So the whole thing was bad.

I was convinced I had to leave BP. When I resigned there was no doubt because I thought the [consequences] would be damaging to BP and I just wanted to stop it. I left thinking I would leave behind all my friends – that no one would speak to me. And, of course, exactly the reverse happened. People stopped me on the street, shook my hand and said “We’re right behind you”. I started a new life, which has been enormously refreshing. I did a very different set of things and I met a lot of very interesting people. So, in some ways, maybe it was, what do they say? “Written in the book before it happened” – who knows? But it has been an extraordinary journey. 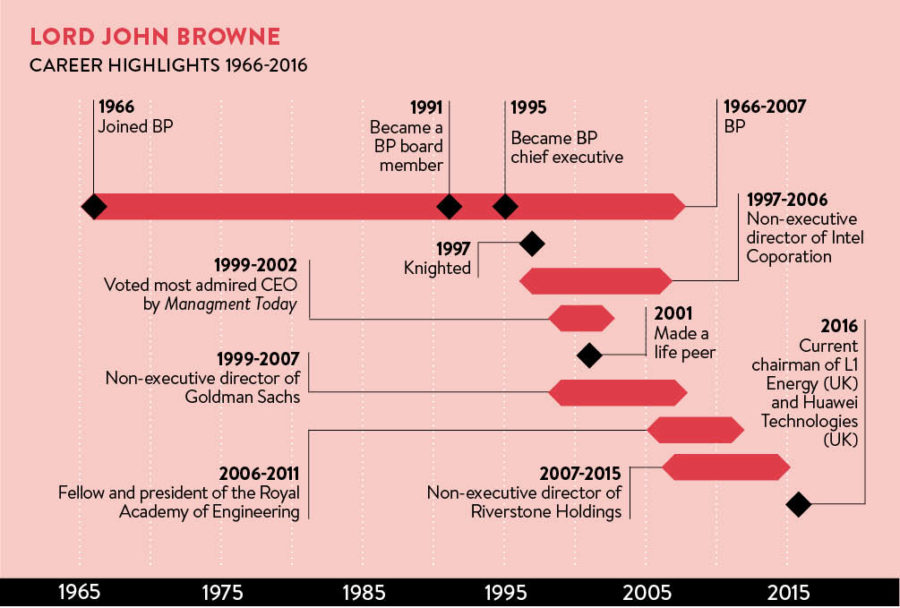 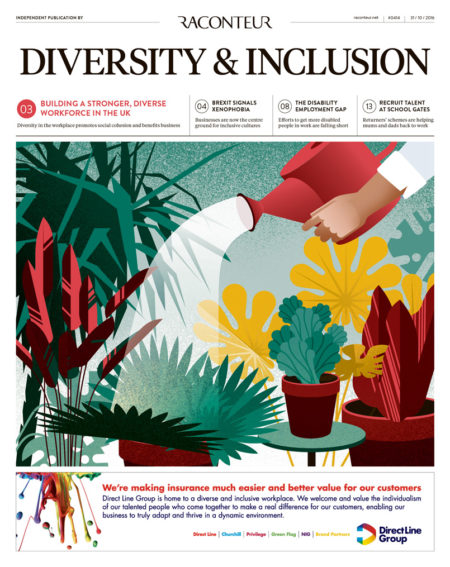