Looking back on it, business was almost too simple: designers created product, marketers decided strategy and sales executed the numbers. Because numbers ultimately did the talking, the sales director role was what everyone coveted.

What a difference just a few years makes. “The interface between the consumer and the sales function is now much more fluid,” says Ian Helps, director of sales professionalism at the Association of Professional Sales (APS). “Times are tough; the rules have changed, sales heads must now ‘make things happen’ by almost creating something beyond what the organisation initially required.”

What this requires, Mr Helps argues, is a new skill of sales leadership. “This is where leaders create the conditions for others to come up with creative solutions themselves,” he says.

According to Mr Helps and others, sales leadership is beginning to be recognised as one of the attributes that can turn average companies into high-performing ones. While sales leaders still focus on numbers, their priority, experts argue, is being mindful of what drives their people, to ensure they feel inspired and empowered to then do their jobs superbly.

According to consultancy McKinsey in Sales Growth, sales leaders need a people-growth mindset and, after interviewing 200 of them, it found 45 per cent of the fastest-growing firms invested more than 6 per cent of their sales budgets in actually supporting the long-term (one year or more) goals of their individual sellers.

As Shaun Thomson, chief executive of Sandler Training, argues: “Sales leaders must play a vital supervising, training and mentoring role. The ‘stick’ approach only works for so long. Now leaders need to play the servant leader role, one that is not about their ego, but what they can do for others.”

While cynics might argue this sounds like common sense, or basic emotional intelligence theory, a second growing consensus is that sales leadership is something very distinct from traditional business leadership.

Niall Moody, UK sales director at ad-tech firm Nano Interactive, says: “While both involve moving away from management to enablement, sales leadership is more specialised. It’s about understanding other people’s integrity, what individual interventions they need to do their jobs better, how to make them less reliant on orders from the top and what development opportunities should be pursued.”

Sales leaders must create an open and collaborative culture

As Beth Eager, sales leader at events provider The Stag Company, adds: “A sales leader almost has to be a psychologist. They need to foster a culture where individuals who aren’t doing well feel able to put up their hand to ask for help. It’s about understanding team members have different strengths and weaknesses, that they’re all different.”

Mr Helps says it’s the role’s uniquely “boundary-spanning” requirement – part sales, training, human resources and marketing – that makes sales leadership such a complex and, he admits, poorly understood job, so much so the APS is developing a new apprenticeship degree specifically including this.

But while the benefit of a sales leader may finally be gaining momentum - Mr Moody says average order sizes have doubled or tripled with staff he’s taken his leadership approach to - there are still commentators who believe there are broader issues involved, which prevent wider adoption in more organisations.

“The need to tailor ones’ approach, by realising not everyone has the same strengths, is a skill that doesn’t always come easily to those who have grown up in the traditional sink-or-swim sales environment,” concedes Andy Nolan, vice president of sales at conferencing tech firm Lifesize. 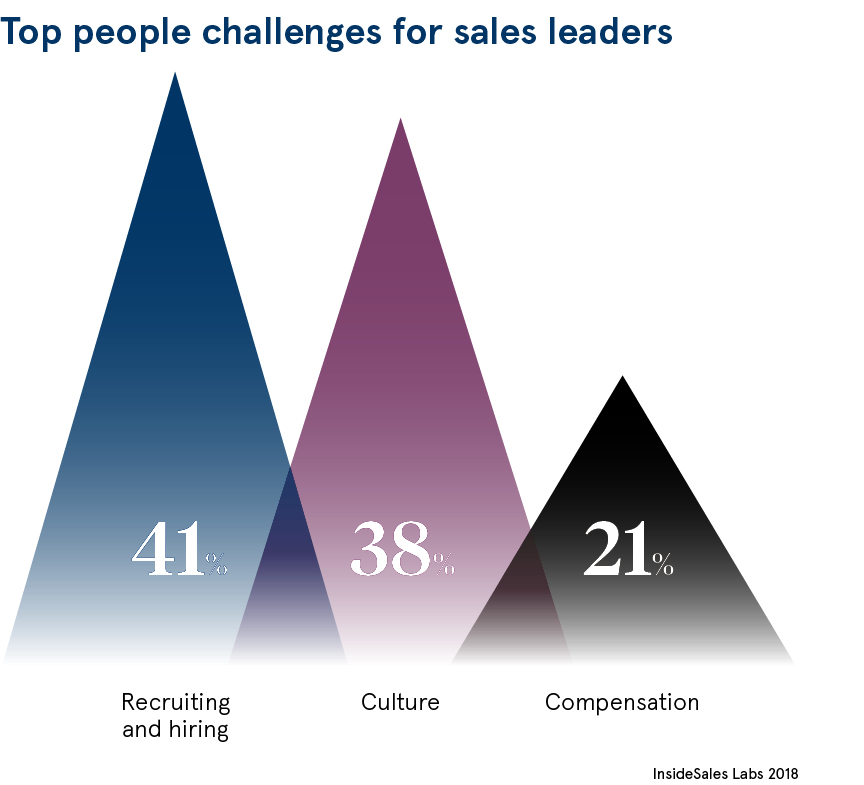 Not every sales person has the skills for sales leadership

Leadership coach Catherine Stothart, author of just-published book How to get on with anyone, adds: “Leadership doesn’t come naturally to many sales directors. They normally want to carry on selling or, because being very cut-throat and individualistic got them to where they are, sales directors do not usually excel at equipping others to be potentially better than they are or were.

“The tough part is moving their own skills dial, for instance getting leaders to experience the same buzz from seeing someone they’ve developed get a sale that they would have got themselves.”

It’s precisely because being a sales leader is still relatively new and involves developing new skillsets that opinion remains divided about the future penetration of the role itself.

If you’re still cracking the whip, you’ve failed with your sales leadership

“I was recently coaching one organisation’s sales leaders and I had to tell a number of individuals that they were unlikely to get to the next level of what the job entails,” recalls Susy Roberts, executive coach and founder of people development consultancy Hunter Roberts. “For although there are certain skills you can teach, creativity is something people either have or don’t have and this is a vital competency for sales leaders to demonstrate.

“Tenacity, when times are tough, is another reserve leaders will have to draw on and again some have it, while some don’t.”

Stephen Sacks, author of Reboot your Business and founder of business advisory firm Funding Nav, can see a day where everyone in the organisation takes a sales leadership role, whether they’re officially in sales or not.

“To me, everyone should exhibit some elements of leadership and, wherever you cut the business, you should see sales somewhere. I don’t see sales and leadership as different,” he says.

The old approach to sales leadership is dead, a new one must be implemented

But until that day comes, the journey of the sales leader seems to be one that will be ongoing. “Our sales development programme has been totally rewritten in the last year because we want to lead,” says Ms Eager. “We now devise different plans for people at different levels and as a result we’ve seen a massive improvement in the people we’ve worked with.”

Mr Nolan at Lifesize concludes: “I think, in time, we’ll come to describe sales leaders as chief revenue officers. This is where the descriptor acknowledges that there is more of a focus on outcomes.

“The days of cracking the whip to, in theory, get the most out of people is long gone. It’s like when you’re a parent; if you’re forced to smack a child, then you’ve already shown defeat. Sales is no different. If you’re still cracking the whip, you’ve failed with your sales leadership. The old approach is dead.”

Paul Devlin, chief commercial officer at SAP implementations company Edenhouse, has been in sales for more than thirty years, but he says the last ten have seen a real resurgence in the sales leader role.

And Mr Devlin believes it’s still changing. “Before the role was more about building sales pipelines and showing this against revenues,” he says. “Now, as customers expect more, sales leadership is becoming far more sophisticated and at the heart of it are coaching teams.”

This is being reflected at Edenhouse, where as well as traditional sales targets, salespeople are now measured against how they perform against the developmental goals sales leaders set them. The business has also introduced leadership trust scores, where sales staff will themselves rate sales leaders in terms of the level of trust and respect they give them back.

Since sales leadership roles were first introduced in 2016, Mr Devlin says the business has doubled in size. “While it’s obviously difficult to know exactly how much contribution sales leaders make, we don’t think we could have achieved these growth rates without them,” he says.

“All I can say is we’ve had double-digit growth, with some of the highest staff engagement scores ever, and as we all know, when staff feel engaged, they go the extra mile.” 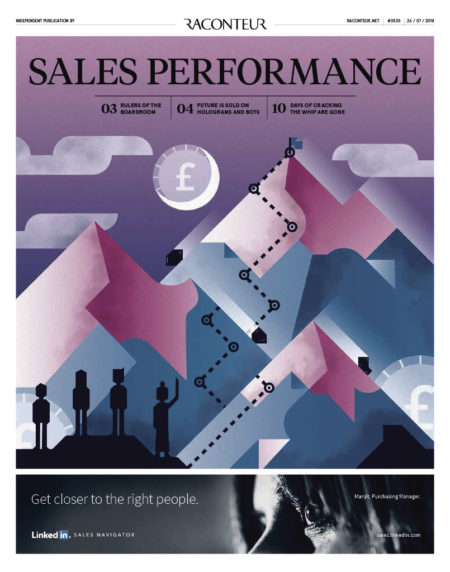 Why customer experience should be your top priority

How a code of ethics could revolutionise your sales team

Putting sales at the heart of strategy