When Sarah joined a London-based startup, there was no management. “I wasn’t so much managed, but more left to my own devices with occasional pep talks and moments of mentorship with the CEO,”  says the 27 year old, who asked not to be identified. “At times this was confusing, aggravating and very emotional; however, I also thrived off it having just left the corporate world.”

Like many of her millennial peers, who are typically defined as the children of baby boomers, over the course of her career, Sarah has witnessed the swinging pendulum of two distinct management styles. Where traditional hierarchical management structures have been too stifling, the flat organisation favoured by younger companies are a professional wilderness.

Given that by 2020 millennials will make up more than a third of the global workforce, according to Manpower Group, how this generation wants to be managed, and subsequently manages others, is becoming an increasingly pressing issue in the modern workplace.

Gap between the management style of millennials and those above them 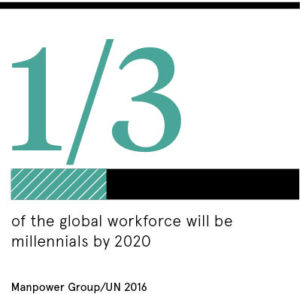 “I don’t think I’m well managed,” says a 27 year old who works in publishing. “Higher management have no trust in the employees and micro-manage everything. As a manager myself, I look to foster trust within my team, as I believe they can work independently, but it is hard when I am being undermined by my own managers.”

This experience is common among millennials, who say there is a disconnect between their expectations and the management they are delivered. According to Manpower Group’s report on millennial careers, half of millennials would consider leaving their current job due to a lack of appreciation.

“There’s an idea that millennials want some specific kind of management because they’re really entitled,” according to a 34-year-old manager who works for a non-profit organisation. “I don’t think that’s true. I’ve managed younger people who want fast progression and seem to feel that they deserve to be promoted every year, but I’ve also managed people the same age who work incredibly hard and don’t think they are ready for the next step.

“The common thing I find is that people really just want to be listened to by their manager.”

As the number of millennials rising up the leadership ranks increases, experts agree that organisations will need to adapt to the priorities of this new cohort of managers. “Millennial leaders can challenge a company’s values for the better, with their principles focusing more on engagement and transparency,” says John Williams, global marketing director at City & Guilds Group.

“Shunning traditional forms of training, previously designed for senior managers, does not mean these new leaders are ineffective, but rather that they are focusing on instilling leadership skills at every level of the organisation.”

It is typically startups and younger companies that favour this ad-hoc approach to management over a formal review process. “We have no HR and you don’t have a lot of the fail-safes that you do in other companies,” Sarah says. “You really have to push for what you want all the time and you need a lot of your own drive.”

A fully hands-off management style might not be the answer

Some worry, however, that this complete rejection of structure is also not the answer. “The cavalier attitude I see towards management in startups is often disguised as a rebellion against corporate culture,” says Tiffany Philippou, a brand consultant who has worked with startups for over a decade.

“By ignoring management structures completely, we are letting a whole generation down by not providing them with the clarity they need in what is already a chaotic and stressful working environment.

“When we leave employees to work everything out for themselves and prove their value to survive, we create a sink-or-swim culture where no one but the sharks win.”

While startups may have moved away from management training, many traditional industries still prize it. “There’s an extensive internal management training offer and my company has also bought in a leadership course for senior staff,” the non-profit employee says. “It’s easy to dismiss it as snake-handling corporate voodoo, but it can be really useful, such as the ‘difficult conversation training’ to handle underperformance.” 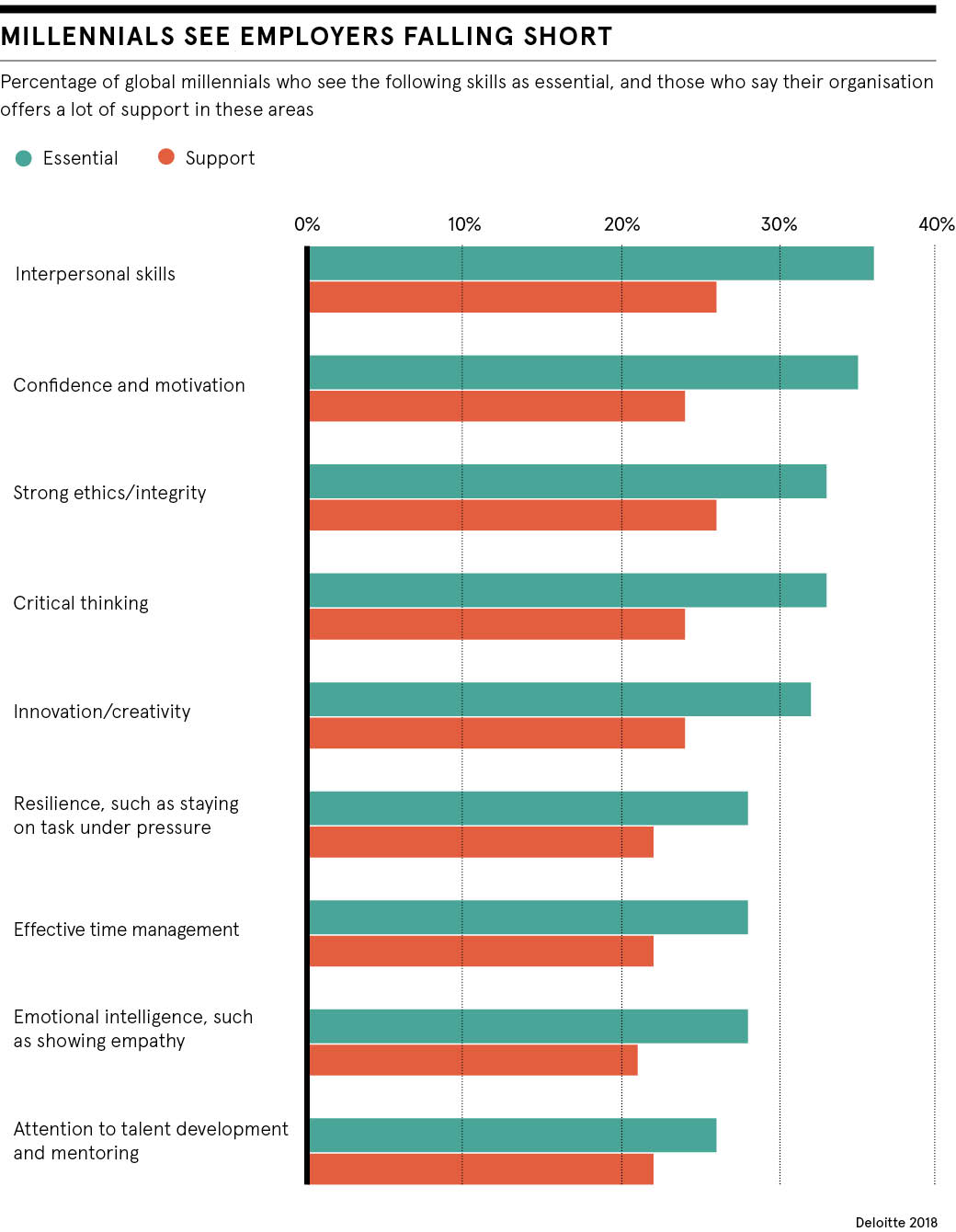 The secret? Mentoring over management

According to City & Guilds Group, there are already clear indications of the kind of working culture millennial leaders will foster. “Our research shows that 66 per cent of workers want to have a greater say in the running of their workplace,” says Mr Williams. The research highlights the need for organisations to be more collaborative, and foster an environment of transparency between management and employees.

“Rather than decisions being made at the top, millennial management is encouraging employees, at any level, to generate workplace ideas,” he says. “This creates a more aligned approach between employees and businesses from the start.”

For Sarah, it is this collaborative approach to management that appeals to her the most. “My ambition as a woman is celebrated in a startup, rather than questioned,” she says. “I am listened to. At 27, I don’t want to be micro-managed, I want to be mentored and inspired.” 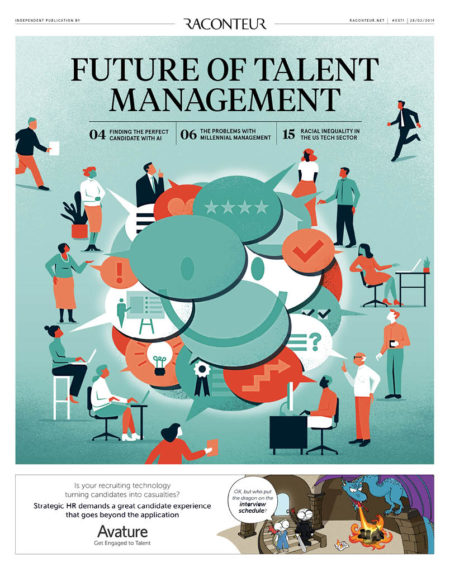 Should you prioritise mental health over ‘performance’?

What’s next for talent management in 2019?

Also in Future of Talent Management 2019