As the number of gig workers continues to rise, their employment status remains a contested area 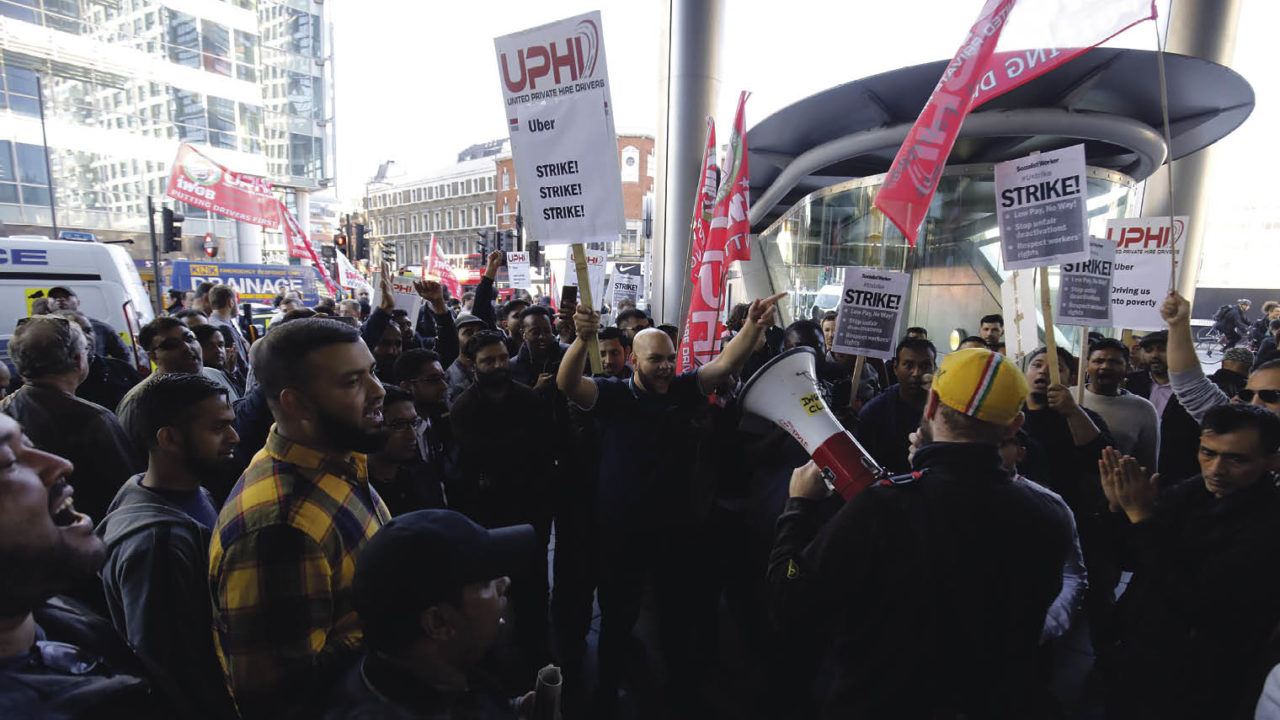 As your Uber driver dodges a Hermes courier, you contact a handyman on your phone via TaskRabbit. Gig workers are everywhere these days.

It’s crucial that, while addressing pockets of bad practice, we retain flexibility in our labour market

Indeed, according to a report from the National Centre for Social Research, commissioned by the Department for Business, Energy and Industrial Strategy, 4.4 per cent of the UK population, some 2.8 million people, have worked in the gig economy in the last 12 months. They’ve become an accepted part of the working world.

However, changes are afoot. In the last couple of years, there have been several test cases on whether so-called freelance gig workers should be treated as employees.

Just last month, the employment appeals tribunal upheld a ruling that minicab drivers for Addison Lee are not, as the company claimed, self-employed contractors, but workers entitled to the national minimum wage and paid holidays. Similar decisions have been made in the cases of Uber, Pimlico Plumbers and Hermes.

Meanwhile, the government is taking action on regulating the sector following the Taylor Review of Modern Working Practices, which led in 2017 to 53 specific recommendations and a seven-point plan.

Earlier this year, the government responded with a series of proposals giving gig workers a list of day-one rights, including holiday and sick pay entitlements and a new right to a payslip for all workers, including casual and zero-hour workers.

There will be a name-and-shame scheme for employers that fail to pay employment tribunal awards, and fines for employers showing “malice, spite or gross oversight” will be quadrupled up to £20,000.

All workers will also have the right to request a temporary or fixed-hours contract after 12 months, giving them more financial security.

Many do not believe government proposals go far enough

The changes will presumably be welcomed by gig workers themselves. Earlier this year, a survey by the Chartered Institute of Personnel and Development revealed that nearly two-thirds believe the government should regulate to guarantee them basic employment rights and benefits such as holiday pay.

However, the new proposals don’t go far enough, says Rebecca Long-Bailey, Labour’s shadow secretary of state for business, energy and industrial strategy, who points out that workers already have the right to ask for a contract.

“The proposals are not only thin on detail, but fail to grasp the inherent problems plaguing millions of workers such as insecurity, inequality and low pay,” she says.

The GMB union, which has been supporting workers in several legal cases, shares these concerns. “The exploitation of insecure workers is a deliberate and a core part of some company business models, where any loophole is exploited to pay workers less and make more profit for employers,” says GMB general secretary Tim Roache.

“The recommendations in the Taylor Review show some laudable aims on the surface and of course any progress in basic employment rights is welcome, but as a whole it’s a disappointing missed opportunity.”

Greater clarity around the status of gig workers is needed

Employers are, unsurprisingly, in favour of a flexible workforce; however, the Institute of Directors (IoD) has been calling for some time for greater clarity around the status of gig workers.

“The Taylor Review marked a substantive and laudable effort to get to grips with the new challenges facing the world of employment. It was a positive move for the government to accept most of the review’s recommendations. However, the IoD was disappointed that an opportunity was missed in the review process to update the picture around national insurance contributions of the self-employed,” says Jamie Kerr, the IoD’s head of external affairs.

“For now, the government should seek to press on with implementing key recommendations, like making more explicit the definitions of employment status for the purposes of worker rights.”

There are certainly more changes on the way. Leaked documents have revealed there are plans to end a legal loophole that allows companies to pay agency workers less than full-time staff for doing the same job, the so-called Swedish derogation rule.

Some actions may have an adverse effect on gig workers’ livelihoods

Meanwhile, the government is also planning to extend a scheme known as IR35 to the private sector, in another move that could affect gig workers’ employment status.

Already in force in the public sector, IR35 requires companies with more than 250 employees to take responsibility for establishing whether people working through personal service companies are really independent contractors or whether they should be treated as employees. It’s due to come into force in April 2020.

This move, though, is not being welcomed by workers. “Millions will now worry they will need to pay far more tax on their earnings; it could reduce their net income by up to 25 per cent. In some cases, they may need to backdate payments,” says Vivek Madlani, co-founder and chief executive of freelancer financial planning service Multiply.

“Clearly, those who are trying to game the system should be called out, but it is a highly complex area and many contractors struggle to understand their IR35 status. The vast majority of legitimately self-employed people risk being stung with huge bills that they’re unprepared for.”

The government has not yet published its final responses to the Taylor Review, following subsequent consultations. It says it’s planning to consider the impacts of these reforms on business and other groups, as well as launching another consultation on whether new laws are needed to differentiate between employees, workers and the self-employed.

“It’s crucial that, while addressing pockets of bad practice, we retain flexibility in our labour market. This flexibility can be a boon for both companies and workers alike, and it provides particular benefits to new startups where revenue can prove less stable,” says Mr Kerr.

“With new technology shifting the boundaries of traditional employment, it’s imperative that the regulatory system itself remains adaptable to the risks and opportunities that will inevitably emerge down the road.”