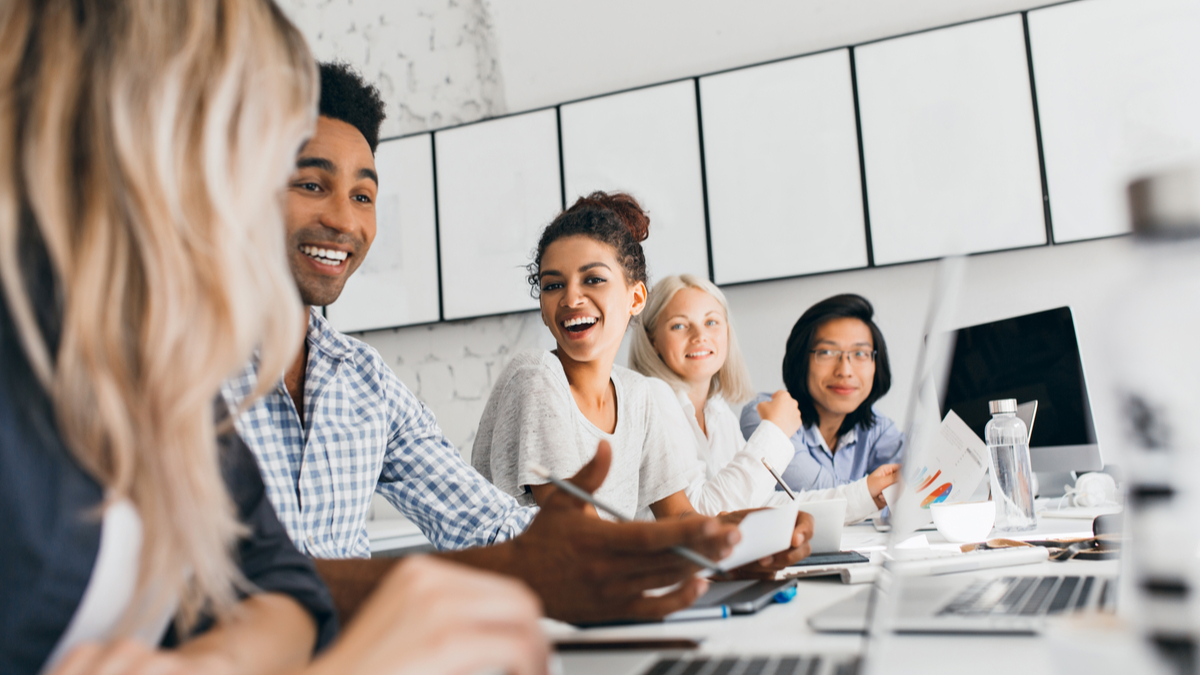 It’s often said growth is not the primary worry of small businesses, rather it’s all the trappings that come with it – larger offices, extra bureaucracy and, perhaps most importantly, the need to grow headcount. But while boosting staff numbers is its own engagement headache, some argue it pails into insignificance when growth becomes an international affair.

“Opening abroad and installing either British or local talent undoubtedly adds an additional layer to engagement,” says Chris Dyer author of The Power of Company Culture. “Suddenly, small and medium-sized enterprise (SME) chief executives face new questions like ‘do we bend to local traits?’ Typically, as people spread out, the more macro, rather than micro, goals matter, but regional offices threaten this.”

Particular problems, argues Dr Nishat Babu, lecturer in organisational psychology at Aston Business School, include employees working in intercultural teams. She says: “Not only can this cause trust issues, but language issues prevent socialisation and integration.” 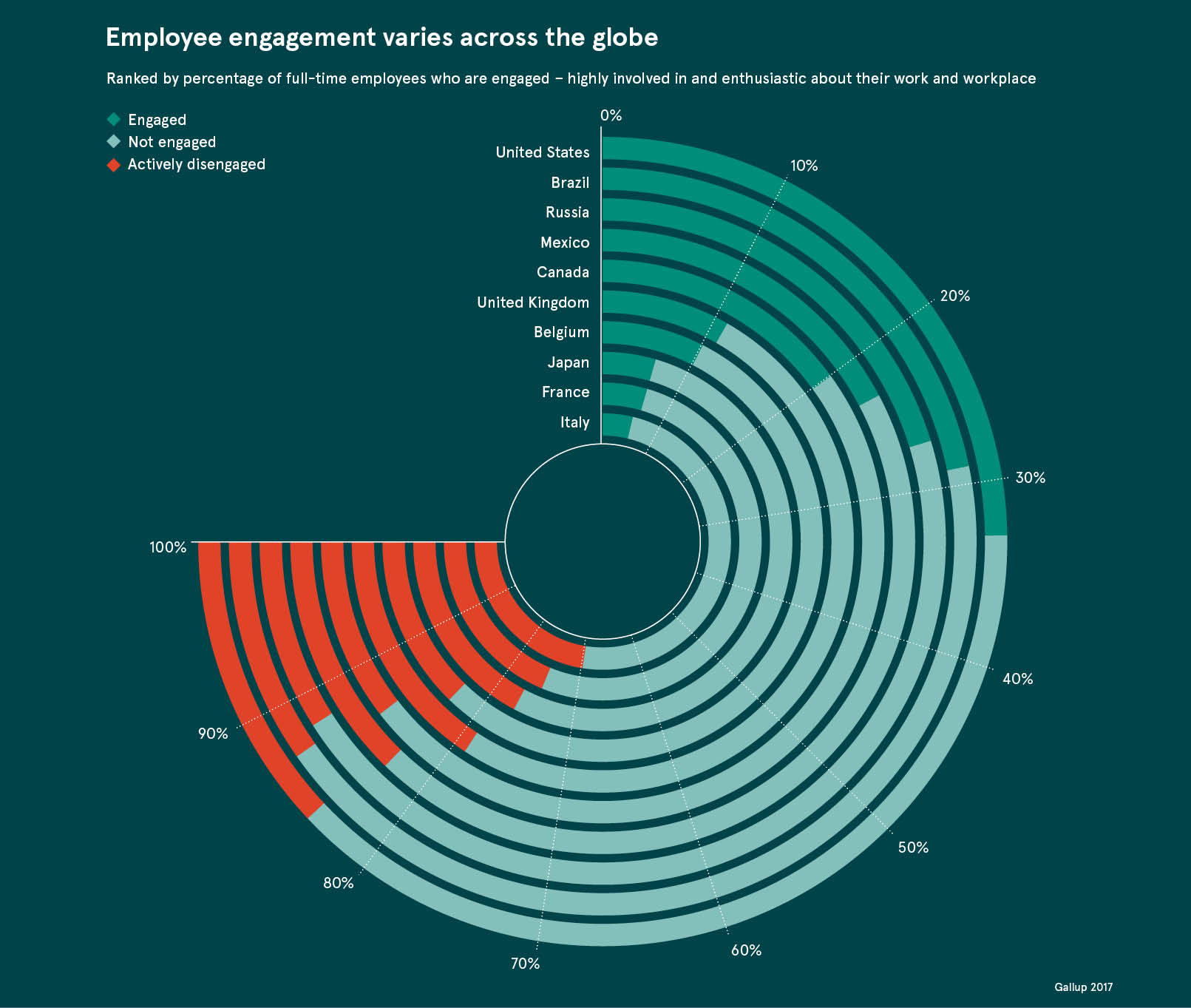 A criticism leveled at SME bosses, however, is the fact they assume their culture is so obvious it doesn’t need extolling and that it will easily transfer. But as Stefan Wissenbach, founder of engagement platform Engagement Multiplier, warns: “It’s even more critical SMEs establish what their purpose is and earlier than they think is necessary.” Mr Dyer adds: “SMEs expanding abroad tend to ignore this. If they wait until they’re there, it’s too late.”

But even if SMEs have a clearly defined culture, for many chief executives the bigger question appears to be whether they allow a local, parallel culture, in the hope it slots into the overarching one, or whether they duplicate their existing set-up and simply plant it somewhere else.

For answering services firm Moneypenny, belief in the former proved to be the wrong decision but, perhaps surprisingly, adopting the latter solution is a tactic supported by others.

“We’ve had to work very hard to eliminate local cultures,” says Alex Pusco, founder of ActivTrades, Europe’s largest independent trading services broker. His preference for his 200 staff spread between London, Milan, Sofia and Dubai is to completely imbue all joiners in the London HQ culture first.

He says: “We onboard everyone there for a minimum of two weeks, but ideally a month, otherwise they’d be completely blind about the company.” After this, staff are expected to travel regularly between offices, “even if they’re not particularly needed, to reinforce the London culture abroad”.

Claire Jones, associate director of employee engagement at PR firm Weber Shandwick, calls this “establishing where your North Star is”. Ms Jones, who advises clients on maintaining engagement levels across borders, says: “Line management in satellite offices becomes critical. What’s important is creating a feeling that everyone is connected to where the business is going. People must be brought together with communications and a shared set of values that override local variances.”

For some, this can be achieved by technology. Engagement platforms purporting to keep staff connected include Rungway, Loop and Sideways 6, an ideas management platform designed to increase collaboration.

However, for others, demonstrating a set of company values by physically bringing people together is always the preferred option. And few do it better than Greg Secker, founder of Learn to Trade, which has 300 staff worldwide.

Coming up with goals a whole staff can bond over

Mr Secker decided to ingrain his own desire to give to charity into the company structure. Its mantra is that all global offices pay around 10 per cent of their profits to the Greg Secker Foundation. This is used to support numerous projects, including building 100 homes in Iloilo, Philippines, which nearly all staff have helped build with their own hands.

“Nothing beats having a business so clearly predicated on people working to a shared goal,” he says. “It’s been tough in our sector, with increased regulation, and I just don’t think we’d have pulled through without the strong bonds staff have. When you’ve sweated together in 40-degree heat, you have a different level of engagement.”

Mr Secker says he knows he’s created an engagement fulcrum, with 34 per cent of staff saying the foundation influenced their decision to work or stay with the company. And while he admits charity might not be every SME’s cup of tea, simply having something that galvanises globally is worth it. “Every SME has to have something staff can gel around,” he says. “Get this right though and creating engagement across different global offices becomes significantly easier.”

In 2016, when answering services firm Moneypenny opened its first office in America, co-founder Ed Reeves assumed its well-regarded have-fun-but-work-hard UK culture, creating high levels of staff engagement, would easily transfer to the United States. “We couldn’t have been more wrong,” he admits. “We didn’t get it right; the US team interpreted having fun with not turning up and we quickly had a workforce that was unproductive. At the root of the problem was the fact we didn’t have confidence to say we need to completely duplicate what we have here in the UK.” So keen was he to bed this in that Mr Reeves contacted Facebook to ask if Moneypenny could be one of the first beta testers of is collaboration product Workplace. It was a good move. Since being rolled out, the platform has 98 per cent engagement rates and 30 per cent of users access it outside official work hours. While being a painful learning curve, Mr Reeves admits the experience has been worth it. “We depend on our culture, so it makes sense to have exactly the same thing abroad. What we have in America is all the best bits of us, which to local talent is seen to be quite quirky, while we also do things like celebrate the 4th of July, both in the UK and America. It’s win-win.”