With discriminatory attitudes to trans people still rife in the workplace, it is vital that business leaders are proactive in making all employees feel comfortable and supported 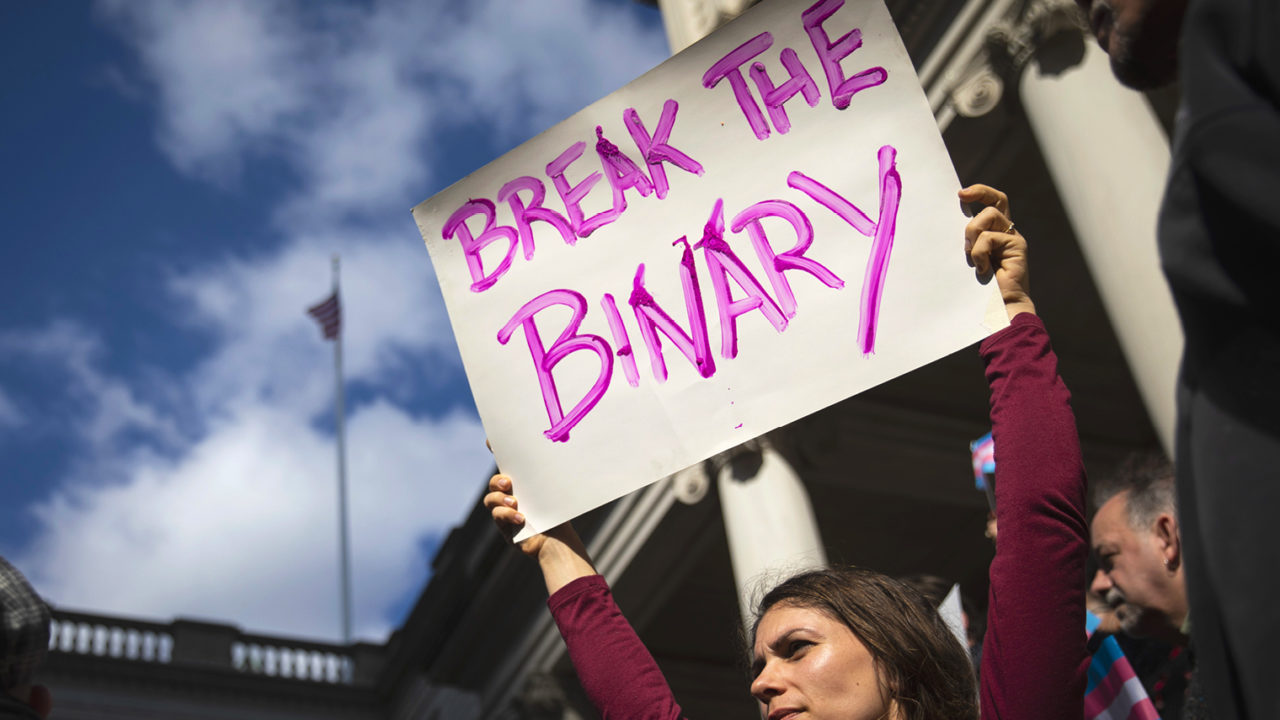 A damning new report from Stonewall has highlighted transgender discrimination in the workplace. Interviewing 871 trans and non-binary people, the report found that 51 per cent had hidden their identity at work for fear of discrimination, while one in eight had been physically attacked by a colleague or customer in the past year.

So just exactly what is it like to be transgender in the workplace? What are the persistent problems, how can they be overcome and what constitutes a supportive work environment?

Discretion and employer support are vital

In the first instance, discretion is a vital component of combating transgender discrimination and ensuring trans employees feel comfortable at work. Sarah Linhart, 47, is a Hertfordshire IT consultant who chooses to keep trans identity private at work. To date, Sarah has preferred to take on shorter contracts, in part to protect her privacy, although it hasn’t always been a safeguard. “About five years ago, I had the wrong documentation and the HR lead came running down the corridor to tell everyone, basically outing me,” Sarah says.

For Mal Clarke, 21, a customer-facing hospitality worker from Cambridge who is out at work, employer support makes all the difference when protecting against transgender discrimination. “At one workplace, three male customers started shouting abuse at me in reception. A colleague stepped in and said we’ve got to tell them they’re breaking the law, before a manager removed them from the site. It made such a difference that my colleagues had my back,” Mal says.

On changing jobs, Mal was instrumental in helping to write the new employer’s trans policy. “The management firstly asked lots of questions. Then there was admin to deal with, such as how the business filed documents in old and new names if people had not legally amended all paperwork,” Mal says. “Initially my pay slips came up in my old name and were visible to other staff. We devised a separate filing system so that things with my old name were stored in a private database.”

Onus should not be on transgender employees to create policy

Uniform policy also needed revising. “Hotel staff tend to wear male or female uniform. We changed people’s choice to wear either or both, depending on preference, and started referring to them in terms of sizes rather than gender,” Mal adds.

Mal even helped with updating the recruitment forms, suggesting a gender-neutral title and preferred name option, and an option to state if they were trans.

For Mal, comfort at work is dependent on a supportive manager: “She’s put the policy we devised up in the office to remind everyone of what’s acceptable, from asking what pronouns to use, to how to support someone in front of a troublesome customer. In the past, I’ve had managers not guide the staff and then staff get it wrong, making it much harder.”

While Mal was happy to help devise company policy, the onus should not be on transgender staff to create or implement it, says Gina Battye, an LGBT+ inclusion consultant. “The best organisations act before they even think they have a transgender or non-binary employee,” says Gina. “This means staff-wide training at all levels, updating any existing diversity and inclusion policies, and role modelling around inclusion, getting leaders to demonstrate they are being authentic, which encourages everyone in the organisation to do the same.”

When Veronica Mead, a project supply manager at Airbus, came out to her employers about transitioning, they did not initially have a policy against transgender discrimination either. “Airbus has always been a very people-friendly organisation, partly, I believe, due to their European outlook,” says Veronica. “They learnt with me during the process and it helped when they took the lead on things, such as HR emailing everyone that someone was transitioning, and offering to announce that in a site-wide communication to the staff. Ultimately I decided to do this myself, but their offer mattered.”

And when it came to taking time off for medical treatment, Airbus did not push Veronica to use her holiday leave, something still commonplace in many organisations. But despite a supportive management and HR team, there were still some IT-based oversights along the way.

“By the time I’d transitioned, we had worked out an organisation-wide communications plan, and HR records and IT systems were largely updated,” says Veronica. “But there was this email distribution list which contained my old name from before I transitioned. More than three years later, I still ended up receiving an email containing my old name. IT needed to have changed the script so that my old address was dead, but we hadn’t thought about this.”

Training is key to eliminating transgender discrimination from the workplace

Other repeat sticking points included colleagues not using the correct name or pronouns and security passes not being regularly updated during the process of someone transitioning, all of which inclusion consultant Gina believes can be ironed out with business-wide training. “Most of the time, people don’t come out unless they’re ready to transition, especially when they’re non-binary; unconscious bias is such a big hurdle. But if you train people from the off, the empathy will develop that can offset this,” says Gina.

I had the wrong documentation and HR came running down the corridor to tell everyone, basically outing me

And it’s still so necessary. For Sarah, remaining quiet about being trans doesn’t exempt her from transgender discrimination. “Someone I once worked with once said, ‘If I was ever sitting next to one [someone transgender], I’d know ‘cos I’d smash their face in’. It sometimes seems like we’re the only people left that it’s OK to mock,” says Sarah. “When the manager doesn’t cut that kind of talk down, it’s simply unacceptable.”