Six months’ parental, even pawternity, leave and regular unpaid time off may sound like drastic ways of retaining employees, but businesses that have taken the risk are reaping the rewards 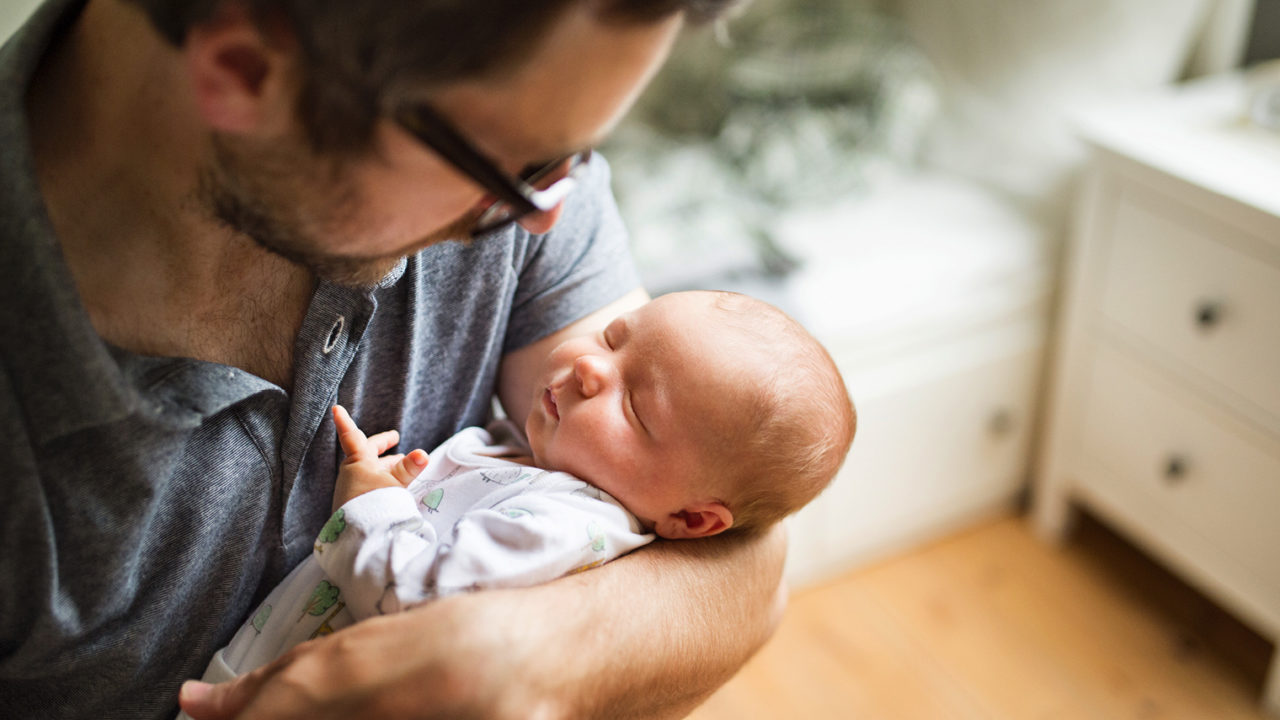 Before the birth of his first child, Peter Hamnett had a classic case of presenteeism. He would stay late at work, before returning home exhausted, yet unable to relax.

Fast forward to today, and the 37 year old says taking almost three months of parental leave with daughter Emmy has transformed his work and home life.

“Parenthood as a whole has made me get a better work-life balance,” explains Peter, a business development manager in a low-carbon energy company. “Now I get home on time and I’m much more productive at work.”

People feel they can take the time they need, whether with family or to climb a mountain, with no negative impact on their career

As one of around 9,200 parents who take shared parental leave – the policy introduced by the government in 2015 allowing parents to split up to 50 weeks of leave between them – Peter is still in the minority. Government estimates take-up could be as low as 2 per cent of eligible parents, with lack of awareness a key factor.

“I didn’t know anyone who had done it, but there wasn’t so much as a raised eyebrow,” says Peter. “It was hugely fulfilling to spend time with Emmy and I felt so supported, which has made me feel genuinely very positive towards my company.”

Research from the Modern Families Index 2019 found that employees’ retention, motivation and discretionary effort were all boosted when organisations were family friendly. Yet 37 per cent of employees said they would look for a new employer in their search for greater work-life balance.

Those organisations that are supportive of bolstering shared parental leave, many of which offer enhanced packages above the statutory pay rate of £148.68 a week, will reap the rewards, says Claire McCartney, diversity and inclusion adviser at the Chartered Institute of Personnel and Development.

“An organisation’s reputation can help it become an employer of choice, which can give a competitive advantage,” she says. “The culture needs to encourage people to talk about their responsibilities outside the workplace, getting senior-level role models and showing it hasn’t had a negative effect on their career.”

Financial impacts are still a concern though, with 37 per cent of men saying they could not afford to reduce their earnings, rising to 48 per cent among those under 35, according to the latest Business in the Community Equal Lives report.

Businesses including Aviva, American Express and IBM are among those to enhance their parental leave packages, offering employees fully paid leave for up to six months.

This is an important move that could help tip the balance in favour of fathers taking leave, says Dr Sarah Forbes, co-leader of the Equal Parenting project at the University of Birmingham Business School.

“People often make decisions about shared parental leave based on family income,” she points out. “Companies matching their maternity leave policies are making a statement that they want to give people this time. Millennials are really driving this agenda so organisations are using these enhanced policies to try to capture that talent. We are only going to see more pick up on this.”

At Deloitte, a focus on culture change has driven a four-fold increase in shared parental leave uptake since it was introduced. The UK firm’s policy matches its current level of enhanced maternity and adoption pay, which allows sixteen weeks at full pay, followed by ten weeks at half pay.

Emma Codd, managing partner for talent at Deloitte, explains: “We have totally moved the culture of our organisation from one that was around presenteeism to one where people feel they can take the time they need, whether with family or to climb a mountain, with no negative impact on their career. People come back to work with a totally different mindset.”

But it is not just about parents. Flexible working, sabbaticals and time off to care for elderly dependants are increasingly important to all employees seeking to improve their work-life balance.

More unusual perks such as a week’s paid pawternity leave to look after a new dog is on offer at beer company Brewdog, while US delivery company Boxed pays up to $20,000 towards the cost of an employee’s wedding.

Back at Deloitte, introducing its Time Out entitlement of four weeks unpaid leave each year on top of annual holiday is proving a huge success.

“We had low take-up at first, but the floodgates opened once a few people took it and realised they weren’t going to be judged,” says Ms Codd. “[Strong leave policies] will be a really positive change for business generally, because retaining your workforce and keeping happy, engaged teams means performance will go up.”

More still to be done to tackle discrepancies in the system

As shared parental leave becomes more deeply embedded in UK business culture, there is growing pressure to tackle discrepancies in the system.

A draft bill to extend the benefit to the self-employed is awaiting its second reading in the House of Commons, while a judgement is expected from the Court of Appeal after it considered in two cases whether it is sex discrimination for an employer not to pay shared parental leave at the same rate as any enhanced maternity leave.

Meanwhile, senior doctors have written an open letter to the health and social care secretary calling for the NHS to equalise levels of shared parental leave pay.

In April, the NHS increased its shared parental leave to match maternity and adoption pay – eight weeks on full pay and 18 weeks on half pay – with the exception of consultants and specialist doctors, who are calling for an end to the disparity.

As Alison Koslowski, professor of social policy and research methods at the University of Edinburgh, points out: “The problem with leaving it to employers to ‘top up’ is that this will only be of benefit to fathers and mothers working in these organisations, and sometimes companies offer different benefits to different grades of staff, as well as across different types of organisations.

“The best way to support all parents is to make sure they have an individual entitlement to relatively well-paid, approaching wage replacement, statutory leave.”