While it’s easy to identify toxic masculinity, doing something about it in the workplace can be a daunting challenge for business leaders 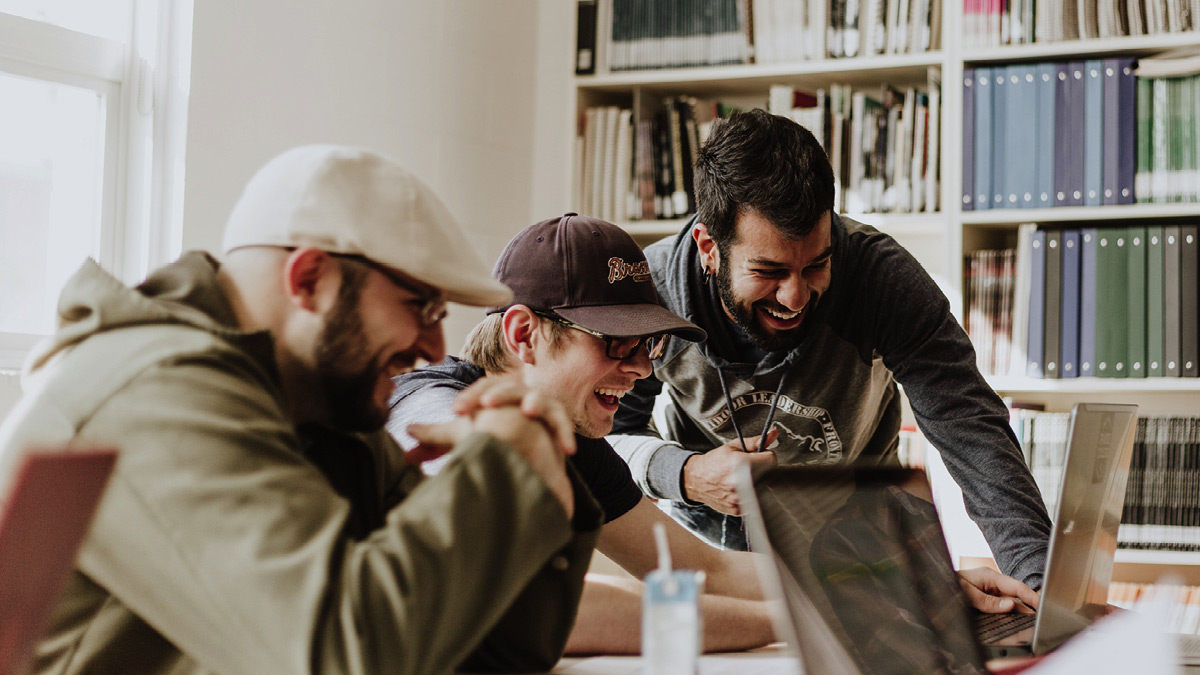 If Harvey Weinstein is the deformed poster boy for toxic masculinity in the workplace, then his guilty verdict handed down for sexual assault and rape is truly symbolic.

Admittedly the actions of the disgraced film mogul, whose penchant for bullying, degradation and depravity turbo-charged the #MeToo movement in October 2017, rank at the most heinous end of toxic masculinity in the workplace. But the majority of us have experienced the humiliating impact of machismo in the office, directly or otherwise.

In the last two-and-a-half years, though, from when the American mogul’s despicable behaviour was outed publicly, the working environment has improved, generally.

“Since the #MeToo campaign, businesses have had to demonstrate zero tolerance of the most extreme forms,” says employment lawyer Florence Brocklesby, founder of Bellevue Law.

Martin Raymond, co-founder of strategic foresight consultancy The Future Laboratory, goes further. “Post #MeToo, the mainstream perception of masculinity is under scrutiny,” he says. “Businesses now have a role to play in redefining what masculinity needs to become, by revolting against outdated cues associated with gender.

“In the workplace, traditionally ‘male’ traits such as confidence, competitiveness and rational thinking have long positioned men as frontrunners. But expectations of the future workforce are rapidly changing and emotional intelligence will be one of the most crucial skills for men to exhibit at work in the decade ahead.”

Recent statistics indicate toxic masculinity in the workplace remains rife, however. The Kantar Inclusion Index, which was published last September and surveyed almost 20,000 people in 14 countries operating in 24 different industries, found that more than a quarter of women (27 per cent) feel they don’t belong in their workplace.

This desire for an alternative to the conventional workplace has driven the trend for niche, all-women offices. AllBright, for example, offers a growing cluster of female-only networking spaces, in the UK and abroad. Co-founder Anna Jones says: “We believe sisterhood works. By making the playing fields level between men and women, we will not only improve the way we do business, but everything we do in life.”

Business coach Jo Emerson argues that it’s not just men who toxify the workplace. “I have seen women displaying domineering, aggressive, dismissive and aggressively competitive behaviours just as much as I have seen in men,” she says. “The root of any toxic behaviour is fear.”

Emerson recommends a four-point plan to root out workplace toxicity: raising awareness, led from the top; undertaking an audit of workplace behaviour; agreeing on a plan of action; and, crucially, regular reviews.

Businesses now have a role to play in redefining what masculinity needs to become, by revolting against outdated cues associated with gender

Transforming the working environment is critical because “traditional office models are broken”, according to Jan Mikulin. “They are fuelled by the institutionalised expression of outdated, two-dimensional masculinity: a nauseous mix of power plays, politics and distorted gender roles,” says the business and communications strategy consultant, currently writing a book on toxic masculinity in the workplace. “It’s the zero-sum, dog-eat-dog paradigm. Being enveloped in such tense energy is bad for people’s health, creativity and productivity.”

Indeed, Deloitte’s Mental health and employers report, launched in January, calculates that poor mental health costs UK employers up to £45 billion a year. Alarmingly, that figure represents a 16 per cent (£6 billion) rise from 2016. The study also notes that for every £1 spent on mental health, it returns an average of £5.

“The rise in awareness connected with toxic, hyper-masculine workplaces and the associated costs, both financial and social, is seeing a shift in behaviours and practices,” says Mikulin.

“Investment in mindfulness programmes, mental health first aiders, flexible and remote working, all have positive impacts on employee wellbeing. While currently limited to a few workplaces, giving the employers a competitive advantage, they will soon become the norm.”

Many industries are playing catch-up. As Jack Norman, co-founder of Milk for Tea, a social enterprise that focuses on combating toxic masculinity in the workplace, points out: “Men still carry the majority of power in almost every industry around the world. In finance, 83 per cent of Financial Conduct Authority-approved individuals are men, 77 per cent of people in STEM [science, technology, engineering and maths] roles are male. And PwC states that women hold just 5 per cent of leadership positions in the technology industry.”

The lowest reported industry percentage of female employees in the UK is construction at 12.5 per cent. And given that in 2018 the charity Lighthouse Club’s research revealed that, on average, two construction workers take their lives in Britain every day, it highlights the problems of a male-dominated workplace, if left unchecked.

“Toxic machismo plays its part in that shocking statistic,” says Adam Christopher, co-founder and director of Active Training Team (ATT), which uses immersive and experiential programmes to reshape behaviour. “An environment full of bravado, banter and one-upmanship stops people speaking up about unsafe practices because they don’t want to be a ‘grass’. Saying ‘just man up’ is an example of belittling behaviour that stops people talking.”

ATT’s workshops empower individuals, break down systemic barriers and encourage people to start caring. Christopher continues: “We believe that how people feel informs their actions. We aim to make people aware that regardless of rank or role, if they accept responsibility for their behaviour, and the health, safety and wellbeing of themselves and others, then they are leaders, whether they’re a 16-year-old apprentice or a long-in-the-tooth veteran approaching retirement.”

As Weinstein begins his long sentence behind bars on Rikers Island, it’s high time for all organisations to revamp and detoxify their workplaces, and that individuals are enabled to become responsible leaders, regardless of gender.

Steps to detoxifying the workplace: the four ‘As’

1. Awareness of the issue
This has to come from the top. “If company bosses display any of these toxic behaviours or are unwilling to confront them, it is going to be very difficult to create change throughout the rest of the organisation,” says business coach Jo Emerson.

2. Audit
“Conduct an audit, either digitally or face to face, covering as much of the company as possible to understand what is going on and create a safe space to initiate conversations,” recommends Cate Murden, founder of PUSH, a leading wellbeing and performance business consultancy.

3. Action (and accountability)
“From here,” says Emerson, “leaders need to decide how this will be handled and crucially stick to it. Communicate the new expected behaviours to the entire organisation through emails, posters, on the intranet and so on. Train everyone on what is acceptable and what is not.”

4. Assessment
“None of this guarantees a culture of trust, where suggestions are welcome and whistleblowers can be protected, but it certainly helps,” says John Hackston, head of thought leadership at The Myers-Briggs Company. That’s why regular reviews of behaviour and practices are essential, as is frequent communication about how the programme is working.