Raconteur spoke to Ben & Jerry's US activism manager, Jabari Paul, about the ice cream maker's approach to its advocacy work and how it engages its workforce with a greater corporate purpose beyond profits 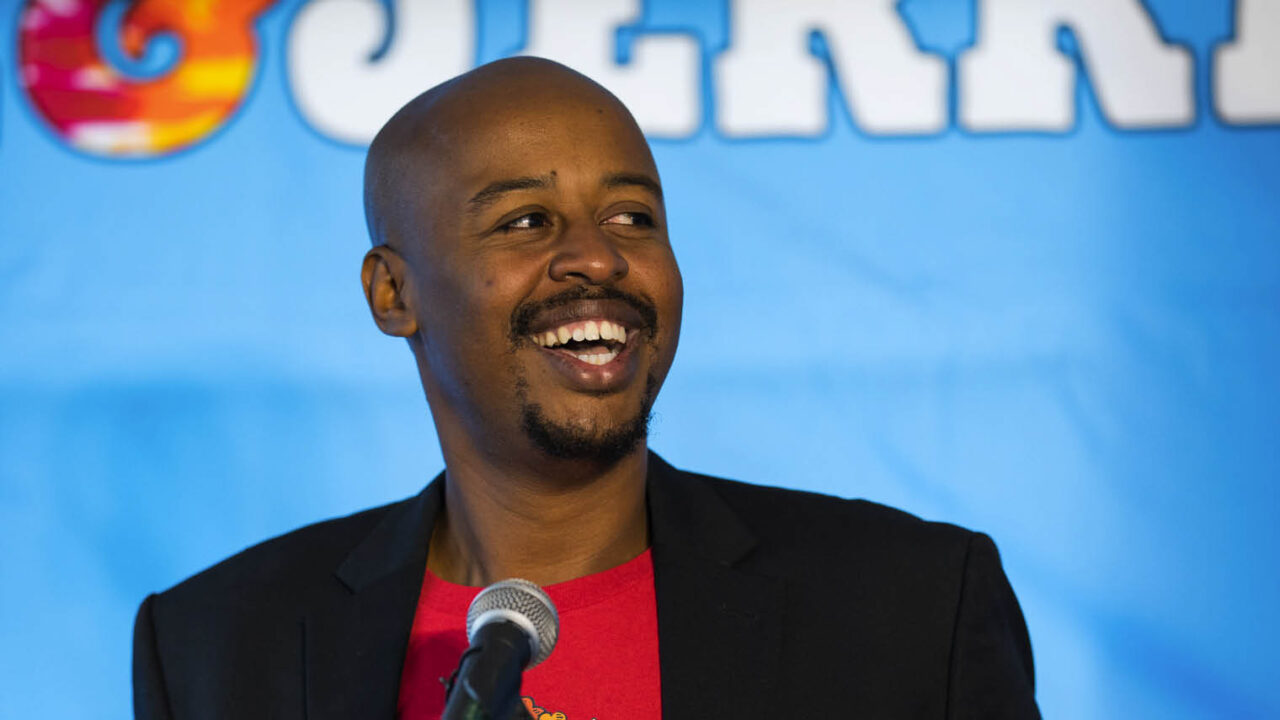 “Because white people occupy a disproportionate number of positions of power in our society, it comes at the expense of people of colour.”

It’s not the traditional messaging you’d expect to read on the website of an ice cream brand, but Ben & Jerry’s is unlike most ice cream brands, or most companies for that matter. Known for its unapologetically bold stance on polarising issues, Ben & Jerry’s has been an outspoken advocate of the Black Lives Matter movement and a prominent corporate voice calling out the toxic institutional racism that continues to permeate business, government and wider society.

But while recent events may have prompted other brands to dip their toes into the world of corporate social consciousness for the very first time, these aren’t new issues for Ben & Jerry’s. From inequalities in the American criminal justice system to the refugee crisis and climate change, it has been using its platform as a household name to raise awareness of social issues and engage with consumers for years.

Hiring a team of activists

Known for its humble, hippy beginnings in Vermont in the late-70s, the company has repeatedly taken an unwavering position on social injustice, and despite being bought out by consumer goods giant Unilever in 2000, is still able to drive its advocacy work independently through its own internal activism team.

Activism is not a typical corporate department, but it enables Ben & Jerry’s to deliver on its social mission with more speed and authenticity than a lot of other businesses, which puts it in a unique position to deal with issues, directly and honestly, as opposed to appearing to take a stance on issues simply to shift more product.

And at a time when employees are increasingly demanding that their companies engage with, and campaign for, wider issues beyond the bottom line, Ben & Jerry’s can serve as a useful role model for other corporates wishing to make a difference. After all, 73 per cent of working adults would not apply to a business unless its values aligned with their own, according to a Glassdoor survey in 2019, while more than half say a company’s culture is more important to them than salary. 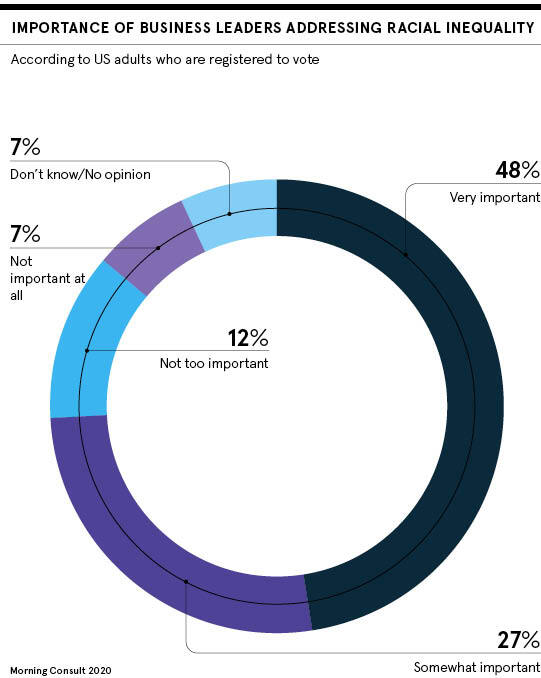 “Part of the advice we give to other businesses who would like to be business activists – hire activists to work on your staff,” says Laura Peterson, Ben & Jerry’s so-called ‘public elations manager’ for North America.

The company’s global head of activism, Chris Miller, who moved over from Greenpeace in 2012 , is vocal about not having an MBA, unlike so many other senior professionals. “He’s not skilled in working a P&L, but he knows how to organise and build a grassroots movement. Activism skills are unique to business skills. They don’t teach those skills in business school,” Peterson says.

This culture appears to stem from the very top. Former chairman Jeff Furman, who served Ben & Jerry’s from the early-80s until his retirement in 2018, defined the company as a “social justice organisation that sells ice cream to be able to fuel its advocacy work”.

It was this tagline that convinced Jabari Paul to join the Phish Food and Half Baked manufacturer three years ago. “I was like okay, I never thought that I would be working for a corporation in my lifetime, but I think I can work for this one,” Paul recalls in an interview with Raconteur.

Now the head of US activism at Ben & Jerry’s, spearheading its advocacy and civil rights work across the States, Paul explains that the company’s partner-led approach makes it unique when it comes to its “barn-raising model” of activism.

By partnering with NGOs, Ben & Jerry’s is able to support movements and causes with its profile, ranging from simply supplying ice cream to events and festivals to using digital media, advertising and marketing to raise awareness, or even amplifying causes through its products with branded flavours.

Fighting for change in the criminal justice system

This was the case for limited-time flavour Justice ReMix’d, a cinnamon and chocolate ice cream developed in partnership with racial justice organisation Color of Change and the Advancement Project National Office, to highlight inequalities in the US criminal justice system. In addition to information about the campaign on an eye-catching label, a portion of the proceeds from each sale goes to the Advancement Project National Office to support its work.

The so-called ‘land of the free’ is home to the highest number of prisoners in the world, with a prison population rate – the number of incarcerations per 100,000 of the national population – of 655, compared to just 107 in neighbouring Canada and 133 in the UK, according to the Institute for Crime and Justice Policy Research. Meanwhile, a government report from 2016 showed that, between 1979 and 2012, US state and local spending on prisons and jails increased at three times the rate of spending on schools.

Paul explains that the Justice ReMix’d partnership centres around “fixing our broken criminal justice system, divesting from the prison industrial complex and investing into community programmes, whether that’s mental health treatment or drug rehabilitation, but focusing on what could be a better use of funds by municipal governments that would keep people out of jails and prisons in the first place.”

Another cause the company has supported is the Close the Workhouse Coalition, an organisation that has been campaigning for years to close down St. Louis’s infamous Workhouse jail, part of a wider movement to bring an end to money-based bail practices in the US. The jail, known for its poor living conditions and alleged violations of human rights, is housed predominantly by inmates awaiting trial who are unable to afford their high cash bails, 90 per cent of whom have never been convicted of anything. What’s more, nine out of ten of those incarcerated are Black, while less than half of the city’s population is Black.

“We’ve supported [the organisation] by supplying ice cream at community events as a way of helping them to draw people in and have a conversation with them… helping them raise awareness about the issue with local voters in the area through paid advertisements on social media and billboards in the community,” Paul says.

A bill was passed in early July to defund the Workhouse and reinvest those budgets in community programmes across St. Louis, with plans to close the jail altogether expected by the end of the year. In a statement, Ben & Jerry’s labelled the announcement as a “huge victory for community building and criminal justice reform in St. Louis”, adding: “when people mobilise and demand an end to a brutally racist system, change comes”.

Paul, an ordained Baptist minister with an extensive background in the NGO, human and civil rights space, is infectiously passionate about Ben & Jerry’s potential to drive real change. He recently took part in a Cannes Lions virtual event alongside civil rights activist Ben Crump, and NFL player and activist, Malcolm Jenkins, discussing the importance of brands taking a stand against institutional racism in the aftermath of the police killing of George Floyd and the resurgence of the BLM movement.

“For [Ben & Jerry’s], it’s all about turning our fans, who may come to our platforms because they’re only interested in ice cream, into activists, by trying to move them up the ladder of engagement,” Paul told the panel. “And when we engage, we’re always driving them towards some sort of call to action, whether that’s to reach out to a local legislator, or it might be to watch a film or read a book.

“[Consumers] do have a role to play in terms of getting involved in doing something where they can be part of a solution.”

Speaking to Raconteur, Paul says recent events haven’t changed the brand’s stance when it comes to fighting for racial injustice, “but they have accelerated it”. The 2014 protests in Ferguson, Missouri, following the police killing of unarmed Black teenager Michael Brown, ignited Ben & Jerry’s campaign work for racial justice, and in 2016 it took the stance to support the BLM movement officially.

“That’s when our company became very intentional about focusing on issues of racial justice, wanting to engage and work with our partners on dismantling white supremacy, and ending systemic racism,” Paul says.

Since then, it has partnered with the NAACP North Carolina State Conference, the American Civil Liberties Union, Color of Change, and other civil and human rights groups to address issues ranging from voting rights to poverty.

“As our partners’ work has ramped up over the past few weeks, so has ours. We’ve been constantly in communication with them and thinking about how we can aid them and the work that they’ve been doing.”

Engaging the workforce through activism

When it comes to engaging Ben & Jerry’s own employees in activism, Paul explains that the cross-functional nature of the projects – campaigns touch each department, from marketing and social media to the people on the ground serving customers – drives an internal alliance and commitment to each cause. “There is ample opportunity for input from all parts of the business, and they really celebrate the progress that we’re able to make from an activism standpoint, because they all have something to do with it at some point along the line.

“All along that process people in various teams are constantly inputting and giving feedback. Of course, there’s always those differences in terms of how you go about carrying out [the work], but one of the things that everyone is clear about is that we’re all aligned around wanting to affect positive social change in the world.”

Paul says it’s important for companies such as Ben & Jerry’s to show that they’re living up to their values, both through its external work, but also internally. In the company’s annual social and environmental assessment report, it laid out its own areas of improvement, such as increasing diversity within the organisation and ensuring racial and social equity across the business.

“I think that everyone has to recognise that the culture of white supremacy permeates every part of society, including corporate America, and so we want to make sure that we are actively participating and dismantling that culture, both outside of the company and inside,” he says.

Staying true to your values

Moving forward, as BLM protests become less frequent, or simply less visible in the news, and social media posts about racial discrimination are quickly diluted by sunseekers enjoying their first holidays post-lockdown, many brands previously ‘fighting’ for justice have already moved on, pursuing other trending topics to align themselves with. But Paul remains hopeful that recent events may act as a turning point for more companies to take action in the future.

“I definitely think that you will have a lot more brands that will continue to be vocal on these issues than they have been in the past. Will that be everybody who’s come out of the woods in the past few weeks? Probably not. But call me a hopeful optimist, I think there will probably be more brands who really stick to this and show they are true and sincere about their commitment.”

To other companies who have previously been apprehensive about engaging in uncomfortable discussions about racial inequality, Paul advises one thing: “stay true to your values”.

“Whenever our company has taken a stance, it’s not that we hadn’t received pushback. But the positivity in the end has always been greater than any sort of negative repercussions. So my advice is, know what your values are and be true to those values. That’s what we strive to do every single day through our work.”