Companies are increasingly providing private health cover for employees in a bid to gain flexibility and convenience, while at the same time helping to relieve pressure on the NHS 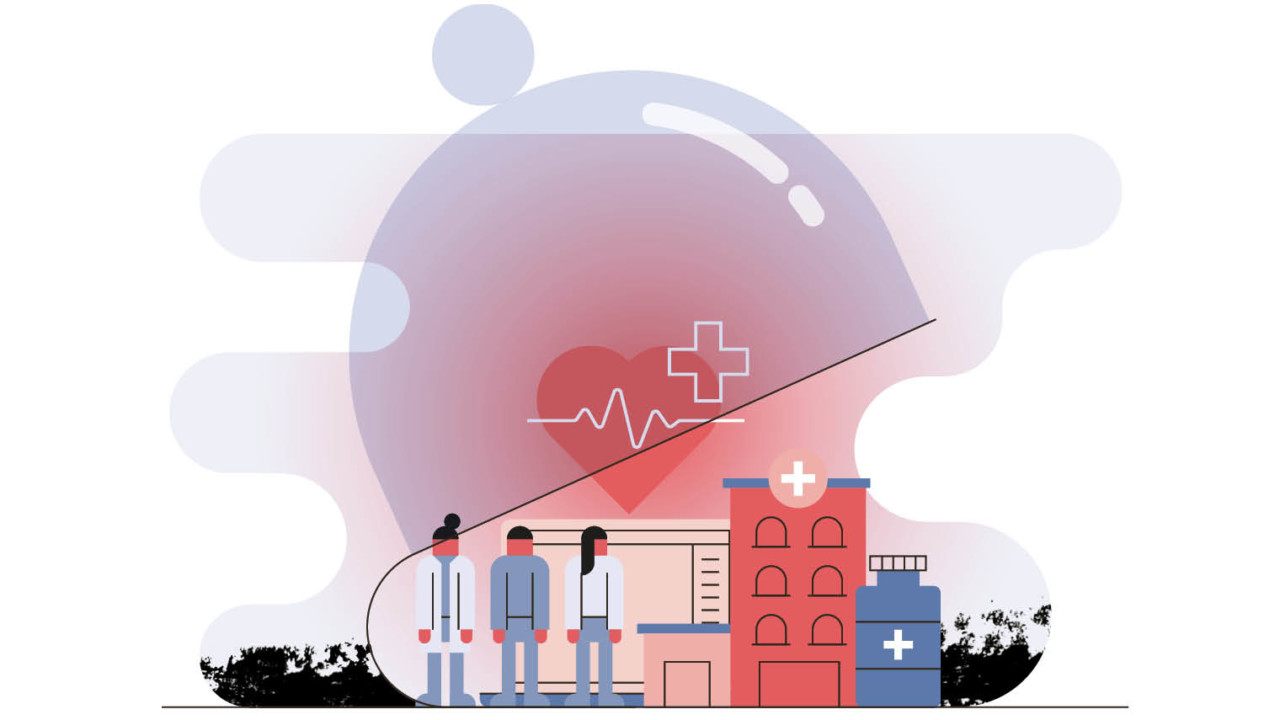 Amazon’s newest venture into healthcare, with Berkshire Hathaway and JPMorgan Chase, is ruffling US stock market feathers. It’s not surprising, given the company’s form for upending markets. But why are corporations such as Amazon stepping up to provide healthcare for their employees?

Panos Constantinides, associate professor of information systems and digital healthcare tech researcher at Warwick Business School, thinks Amazon is in a powerful position, thanks to its changing business model.

“Amazon started off as an online retailer, but gradually moved towards a multi-sided platform model that enables different actors, buyers, sellers and other third parties to co-create value,” he says. “Over time, it has grown so much that it has increasingly taken over a number of businesses with physical assets, while getting involved in more traditional supply chains, including supermarkets and drugstores.”

This ability to run both a multi-sided platform and a supply chain model is very powerful, says Professor Constantinides. Multi-sided platforms require low operating costs, but provide high-percentage margins because they usually take a cut from each transaction, which goes straight to the bottom line.

In contrast, supply chains typically have higher revenues, but also higher capital investment in infrastructures, such as data and product warehouses and distribution, as well as higher operating costs and lower percentage margins.

The two, therefore, complement each other, enabling Amazon to achieve greater and faster scaling on additional businesses, while taking advantage of the positive network effects on its existing large installed base. This allows Amazon to avoid the typical chicken-and-egg problem of other businesses wanting to enter new markets.

Amazon’s move into healthcare services, such as pharmaceutical distribution and health insurance, makes sense, says Professor Constantinides, because it can capitalise on economies of scale in its existing infrastructure investments, while feeding into more innovative products and services. Amazon has the capability to manage the logistics of delivering multiple items on the same day.

In addition, the company’s big data analytics and artificial intelligence capabilities mean Amazon could develop more accurate pricing and better underwriting decisions than insurers have traditionally been able to achieve. The purchasing power of Amazon, with Berkshire Hathaway and JPMorgan Chase, means they can attract a lot of unsatisfied customers from more traditional insurance companies.

However, it might be difficult for anyone else to get a look in, says Professor Constantinides, “Although it is difficult to predict any outcomes at this stage, it is safe to say that companies with an adaptable infrastructure, big data analytics capabilities and access to customer data will dominate this space,” he says.

But what about in the UK, where healthcare is still seen as a publicly funded right? Can this ever work? Ben Teichman, co-founder of Doctaly, which allows employees to book a 15-minute private GP appointment near work to fit around office hours, claims the NHS is currently not fit for purpose.

Every employee who is seen by a GP promptly is one more healthy, valued and productive person in the workplace

“We are huge supporters of the NHS and its core principles,” he says. “However, after more than 15 years in the primary-care space, we’ve accepted that general practice in its current form is unsustainable. We must appreciate that the NHS was founded in 1948 and its architects couldn’t foresee the challenges that such a complex system would face 70 years later, with a growing and ageing population suffering from increasingly chronic health conditions.”

The system is broken, says Mr Teichman. “We must consider alternative solutions that could support the sustainability of general practice and the NHS,” he says. “Employee wellness is crucial to the UK economy. Some 137 million working days were lost to sickness absence in the UK in 2016 and absence costs, on average, are £522 per employee a year.”

A service such as Doctaly, Mr Teichman points out, provides private GP cover for businesses and their employees from just 30p a day. This is important, he says, because: “Virtual GP services aren’t valued in the same way as face-to-face consultations.” Provision of GP access for patients who are willing and able to pay for the convenience of an on-demand service alleviates the burden on the NHS as every self-paying, private patient is one less on the NHS waiting list. “And every employee who is seen by a GP promptly is one more healthy, valued and productive person in the workplace,” says Mr Teichman.

Jeremy Huband, head of healthcare at HSBC, says: “Historically we have seen business groups set up mutual funds to pool cash to cover a well-understood risk. What a mutual fund does is collect and invest funds to cover future eventualities, normally with some sort of stop-gap insurance to cover any unforeseen event.

“While this group may not have stop-gap insurance, they will have huge reserves to cover such eventualities. Therefore, instead of dealing with the private medical insurer, staff will contract directly with private hospitals and may get a faster, inclusive and more transparent service, though the level of care provided by the hospital will remain the same.”

There has certainly been a rise in the number of UK corporations paying for their staff’s medical expenses over the last few years, so it’s a model that is already showing signs of working in the UK. But there is risk involved as the company must know its claims history well enough to be sure it can cover most eventualities and have the ability to cover exceptional years.