Rehab is vital for the vulnerable

Humans are fragile creatures. Drop a human from one metre and they’ll bruise. From two they’ll fracture. From ten and you’ll need a hosepipe to clean up the mess.

We puncture easily. A jab to the torso, leg arteries, head or neck may be fatal. Even quite trivial things can pose a danger to humans. Last year 120 cases of noise-induced hearing loss were reported. Excess arm vibrations have injured almost 10,000 people in the past decade.  The government reports 1.9 million working days were lost last year due to slips, trips and handling injuries.

Recreation is a dangerous business for our species. Accident and Emergency departments in British hospitals treat more than 300,000 sports-related injuries a year. The injuries meted out on the rugby pitch are astonishing.

Research at Queen Mary, University of London, by Professor Allyson Pollock, undertaken when her son had his cheekbone shattered in a school game, found in Edinburgh school matches one player in six suffered a significant injury during a season. From her sample of 193 matches, there were 20 trips to A&E. She asked one school for their risk assessment of the sport. The reply: “We expect every child to be injured at some time while playing rugby.”

Sometimes humans simply malfunction. A 2009 report by the Mental Health Foundation says 15 per cent of people in the UK are suffering from an anxiety disorder. One in three say they are more frightened than they used to be.

The UK Labour Force Survey reports almost half a million cases of work-related stress, anxiety or depression in 2013-14. This is 39 per cent of all work-related illnesses. The total number of working days lost due to stress, depression or anxiety was 11.3 million, an average of 23 days per case. Professions with the highest incidence of stress are healthcare, nurses in particular, teachers, and welfare and housing professionals.

Sadly, many of the traumas suffered by humans go unreported. John Prescott made it to deputy prime minister without his bulimia being noticed. “I never admitted to this out of the shame and embarrassment,” he says.

It’s nothing new. Nineteenth-century naturalist Charles Darwin was perhaps the classical hidden suffer. He spent his life enslaved by nervous disorders. In his fifties he wrote to a doctor listing his ailments: “For 25 years, extreme spasmodic daily and nightly flatulence, occasional vomiting, on two occasions prolonged during months. Vomiting preceded by shivering, hysterical crying, dying sensations or half-faint.” Darwin spent months at a time so agoraphobic that he could not leave the house. How many Darwinists are aware of this?

The vulnerability of our species means rehabilitation is a vital part of everyday life. From mental health therapists and addiction specialists, to physiotherapists and probation officers who help former prisoners thrive, the rehabilitation industry cares for damaged humans who need more than immediate medical help.

The industry is always finding new ways to help those in need. A growing area is the field of technology addiction. Richard Graham led the launch of the UK’s first technology addiction clinic for young people at London’s private Nightingale Hospital.

“I have seen some of the saddest situations,” he says. “Young people can get so caught up in excessive gaming they miss exams, their friends stop inviting them to parties. There is a lack of trust. You can end up cut off from an environment which can sustain you. It is similar to using cannabis in your teens.” 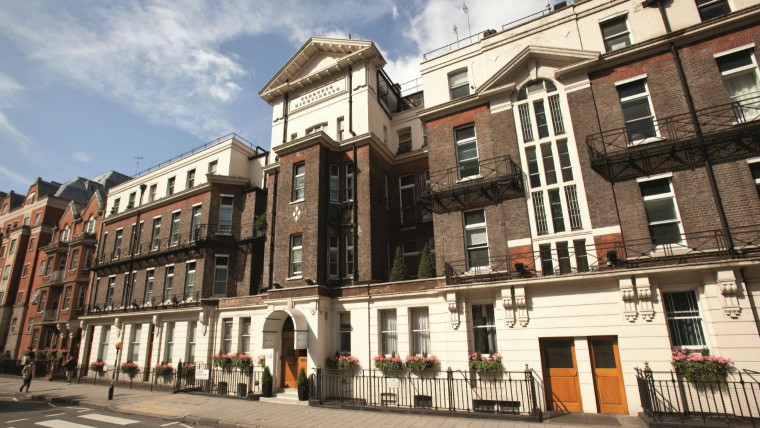 The way the technology is being used is changing, says Dr Graham. “There is more of a de-stressing element. This is the principle of mood modification. With substance abuse you have one person interested in amphetamines or crack, which give them a buzz, and another will take a sedative such as Valium.

“What caught my attention two years ago was the tendency to play games such as FIFA Football. They could play games such as Call of Duty or Grand Theft Auto, which give a buzz, but were now playing hypnotic games like FIFA and Candy Crush Saga. It is evolving,” he says.

Rehabilitating teenagers and children afflicted by technology addiction is particularly hard. “Cut-off isn’t part of the solution. Technology is good and it is a part of life. We want them to be able to manage technology so they are the master of it, not it the master of them,” says Dr Graham.

A full detox of 72 hours abstinence is his normal prescription, followed by behavioural changes. “You can’t make young people feel they are being punished or think it’s about getting good grades. It is about participating. This starts with a conversation and then you can begin to come up with a solution.”

Encouragingly, Dr Graham has moved away from costly residential care for critical cases, to cheaper methods. “A camping trip can be ideal,” he says. His aim, common across the rehabilitation industry, is to improve the life of his patients.

Humans err routinely, mentally and physically. That won’t change. Fortunately, we have never been quite so good at putting people back together again