Of all the reports on the future of the NHS, none exudes more optimism than Preparing the healthcare workforce to deliver the digital future. Published hot on the heels of the NHS Long-Term Plan, it is a galvanising, inspiring vision: a rallying call to help NHS staff maximise innovative technologies such as artificial intelligence, digital medicine and robotics.

This latest review, chaired by Eric Topol, professor of molecular medicine at the world-renowned Scripps Research Institute in San Diego, California, envisages patients increasingly generating their own health data with the help of algorithms. Artificial intelligence, says Professor Topol, will streamline the speed, accuracy and scalability of data interpretation.

The NHS Long-Term Plan, launched in January, highlights digital as the way forward. Indeed, between 2014 and 2018, there have been a succession of reports, from the National Information Board, NHS Digital, the Department of Health and Social Care, and Professor Robert Wachter, author of The Digital Doctor: Hope, Hype and Harm at the Dawn of Medicine’s Computer Age, each emphasising the benefits of innovative technology.

But it is critical to see this avalanche of documents in context. When governments do not know what to do, they commission more and more reports, reviews and green papers, so no one can accuse ministers of doing nothing.

Critics maintain, however, that despite the many words of advice, there has been much government indecision and lack of progress in implementing digital.

Digital technology long been a major part of any NHS plan

This is not the first time the government has tried to revolutionise the way the NHS uses information. Launched in 2002, the much-hyped earlier NHS plan, the National Programme for IT, pledged to revolutionise use of technology, paving the way for electronic patient records, digital scanning and integrated IT systems across hospitals, primary and community care services.

Despite all the good intentions and the billions of pounds of investment from government funding, this NHS plan was dogged by data management issues, patient confidentiality concerns, contractual wrangling and numerous missed deadlines.

Ten years later, when ministers began the incredibly messy process of disbanding this NHS plan, costs were estimated at £6.4 billion, but this rocketed to £9.8 billion.

MPs on the Public Accounts Committee condemned the NHS plan as one of “the worst and most expensive contracting fiascos” in public sector history.

Why then is it proving so challenging to bring NHS digital capabilities in line with other sectors such as banking or retail? 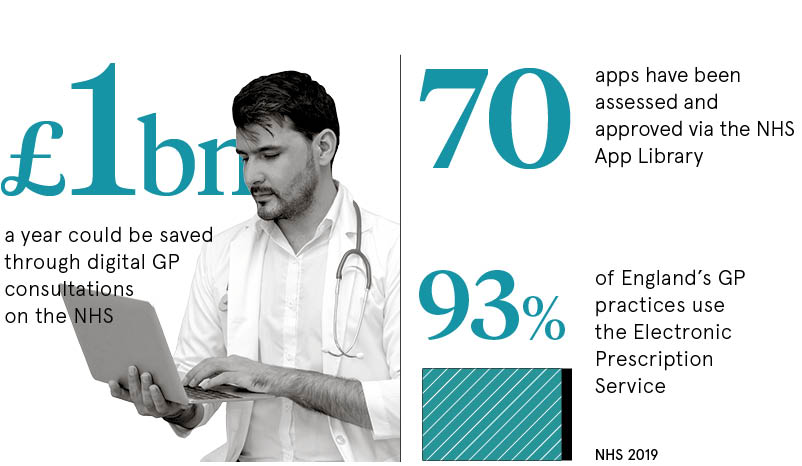 There has probably never been a worse time to introduce expensive new technology. Several times since 2010, cash initially earmarked for digital development has been snatched back to meet more immediate needs.

Digital seemed an easy target because of Whitehall’s reluctance to invest further after the earlier shambles and because digital projects rarely deliver an immediate benefit, unlike giving hospitals more money to spend on staff.

Digital has been swimming against the financial tide since 2010. During this time the health budget has been growing by 1.2 per cent in real terms a year. According to The King’s Fund, the independent think tank: “This is far below the long-term average increases in health spending of approximately 4 per cent a year above inflation since the NHS was established and the rate of increase needed based on projections by the Office of Budget Responsibility of 4.3 per cent a year.”

In a refreshingly honest report in 2018, the Department of Health and Social Care says: “Technology systems used daily across hospitals, GP surgeries, care homes, pharmacies and community care facilities don’t ‘talk to one another’, fail frequently and do not follow cybersecurity practices.”

According to a former NHS doctor: “Doctors have mixed feelings about technology. They have an ingrained dislike of anything such as artificial intelligence that reduces their power and authority.”

But there is increasing recognition that digital is the future and it must eclipse a working culture weighed down by outdated processes, resistance to change, staff working in isolation in so-called silos and a lack of joined-up thinking.

These problems are exacerbated by severe staff shortages, even though, with some 1,500,000 staff, the NHS is reported by the Nuffield Trust to be the world’s fifth largest employer, after the US Department of Defense, the Chinese Liberation Army, Walmart and McDonald’s.

NHS Improvement, which oversees NHS and foundation trusts, estimated there were 97,000 NHS vacancies in 2017, including 10,000 for doctors and 35,000 for nurses. A digital revolution could relieve staff pressure, but many clinicians cannot reconcile digital hype with seeing it all go wrong.

Political leadership is essential to drive progress. Matt Hancock, secretary of state for health and social care, like his predecessor Jeremy Hunt, is firmly committed to digital. Whatever step he takes, the potential benefits of the digital revolution are huge.

Embracing an NHS long-term plan for digital could revolutionise healthcare

They could be as far reaching in technological terms as the therapeutic revolution of the last 70 years has been in producing innovative treatments ranging from antibiotics to clot busters, from oral contraception to in vitro fertilisation, and from laser surgery to organ transplants.

While the possible gains are huge, so are the challenges. Ministers and NHS leaders must resist the temptation to snatch back money allocated for digital projects. Instead they must show courage and invest in technology even though the full benefits may not be immediately apparent to patients, perhaps for years.

The importance of an NHS long-term plan for digital cannot be overstated. Indeed, unlocking the full benefits of the digital revolution will very likely be the key to the sustainability of a UK health service funded by taxpayers, free at the point of care. This is surely something worth fighting for. 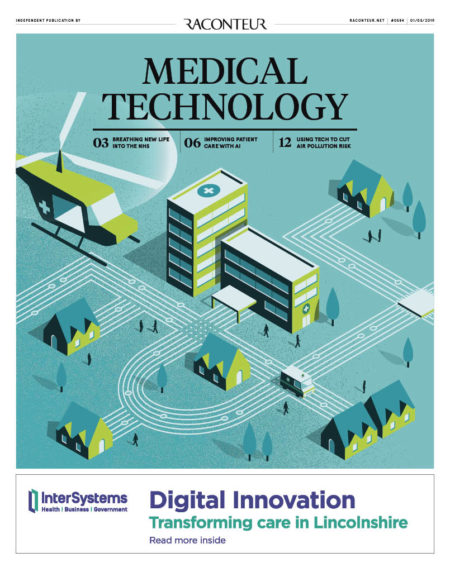