Contrary to enlightened practice, attempting to eliminate all stress from the workplace may not be best for the individual or the organisation 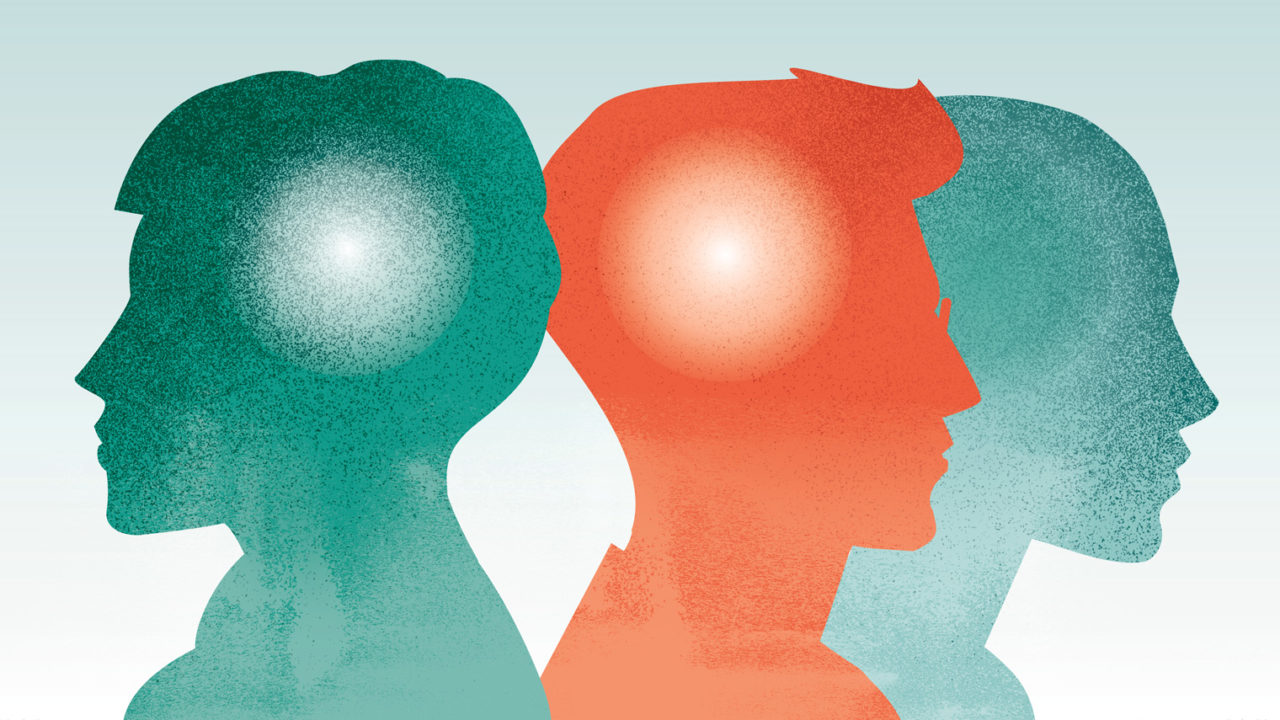 People in the UK seem to be increasingly unhappy at work, with surveys suggesting workplace stress and burnout are on the rise. Meanwhile, companies complain of the economic costs, through higher rates of illness, lower productivity or staff churn.

But would workers feel any better to learn that moderate stress could actually help them perform better at work? Or that carefully applied “negative thinking” could lead to stronger, more nimble companies?

A large body of research supports these hypotheses and yet the predominate philosophy at many firms is to focus on boosting morale and employee engagement (a buzz term for wellbeing), says Lewis Garrad, chartered organisational psychologist and head of growth markets at Mercer-Sirota.

“If you look at the research out there, the correlation between engagement and performance outcomes is far from perfect, which means that many ‘engaged’ individuals and teams are not delivering the results leaders expect. By the same token, some firms will find that their best-performing teams are often among the least satisfied.”

Stress can bring both positives and negatives in the workplace

In 2016, Mr Garrad wrote an article on the topic for the Harvard Business Review with Tomas Chamorro-Premuzic, business psychology professor at University College London and chief talent scientist at Manpower. In it they accept there is a strong link between engagement and productivity, but also argue firms too often overlook the benefits of dissatisfaction and anxiety at work.

Dr Chamorro-Premuzic says that while positive mindsets can bring “openness and creativity” to a workplace, more critical ones can bring “focus and attention”. He also cites research suggesting that less-satisfied individuals are often more motivated, better prepared and better critical thinkers.

“They are also more likely to challenge groupthink and the status quo, which is key to driving innovation across a big organisation,” he says.

The risk is that by focusing all their attention on boosting morale and tackling stress, leaders will underplay more important drivers of performance such as strong leadership or an open team culture. It could also breed complacency, says Dr Chamorro-Premuzic. He cites Yahoo, Nokia, BlackBerry, Kodak and IBM as examples of firms that despite being proud of their company culture, failed to identify competitive threats and stopped innovating.

“When companies become bigger and dominant, they become a victim of their own success. Employee engagement plays a role in this process because it is often a product of complacency and happiness, both of which follow success,” he says.

But if some stress and anxiety can enhance outcomes, too much can be damaging. According to the UK’s Health and Safety Executive, 12.5 million working days were lost to work-related stress, depression or anxiety in 2016-17, with factors including workload, lack of support and bullying to blame.

There is also strong research to suggest engaged business units tend to deliver better performance, as measured in terms of revenues and profits, and that organisations with enthusiastic employees tend to have better customer service ratings.

So what is the right level of stress and how can firms reap the benefits? Dr Heather Kappes, assistant professor of marketing at the London School of Economics, says negative thinking can be good for business, but we should be clear about what that means.

“It’s not thinking ‘This will never work’; it’s more ‘I can imagine that this is going to be hard and it might not go that smoothly’. When people do the latter, then they often get energised to work hard and make plans to overcome the problems they’ve imagined. This could potentially help people to find creative breakthroughs,” says Professor Kappes.

When putting this into practice, she believes moderation is key, but striking the right balance can be hard. Different people react differently in similar situations and “moderate arousal for one person might be too much or too little for someone else”. 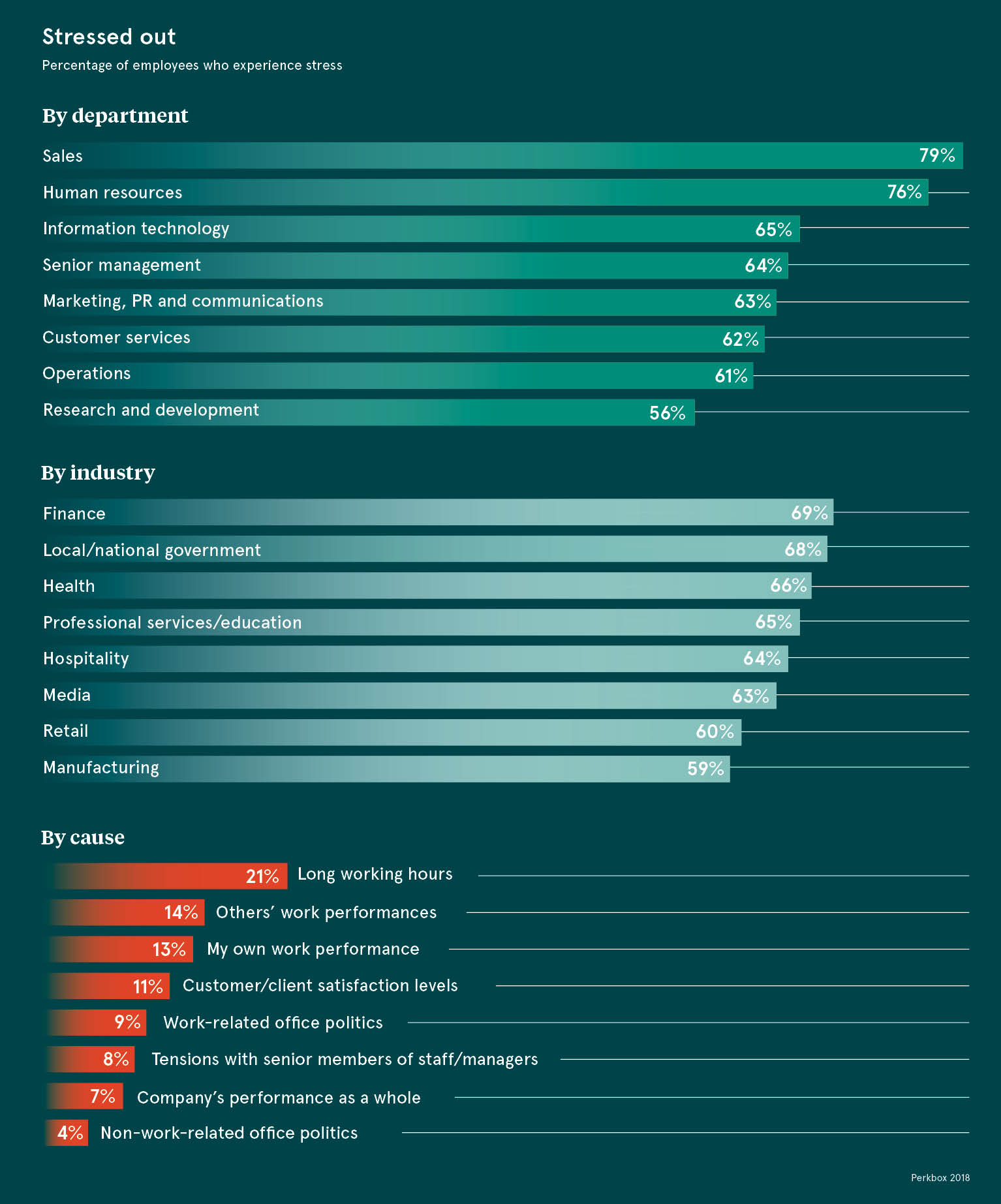 Mr Garrad also warns against a blanket approach. Turning up the pressure on an entire department may yield a short-term boost of energy, but be counterproductive in the long run. Instead leaders should know their staff better on an individual level, so they can manage them more effectively.

“Highly anxious people will experience a lot of stress easily, so they need more encouragement and usually more support. Those who are very emotionally adjusted might need a bit more focused and pointed feedback to generate the energy and effort needed to improve,” he says.

Stress usually becomes damaging for health and wellbeing when it goes on too long and becomes chronic, so managers should seek to balance out stressful times with periods of relaxation and recovery. They could also try setting clearer goals for their team members, making sure they recognise hard work and providing flexible working conditions.

But Dr Chamorro-Premuzic feels firms and employees need to be realistic about what is possible. Not only could ridding your office of stress and dissatisfaction be undesirable, it might also be impossible.

“In simple terms, stress is a signal about the taxing and threatening properties of our environment, and we are better off reacting to it than ignoring it,” he says. “People need to understand that good jobs will elicit stress and they should not try to eliminate their ability to sense it.”