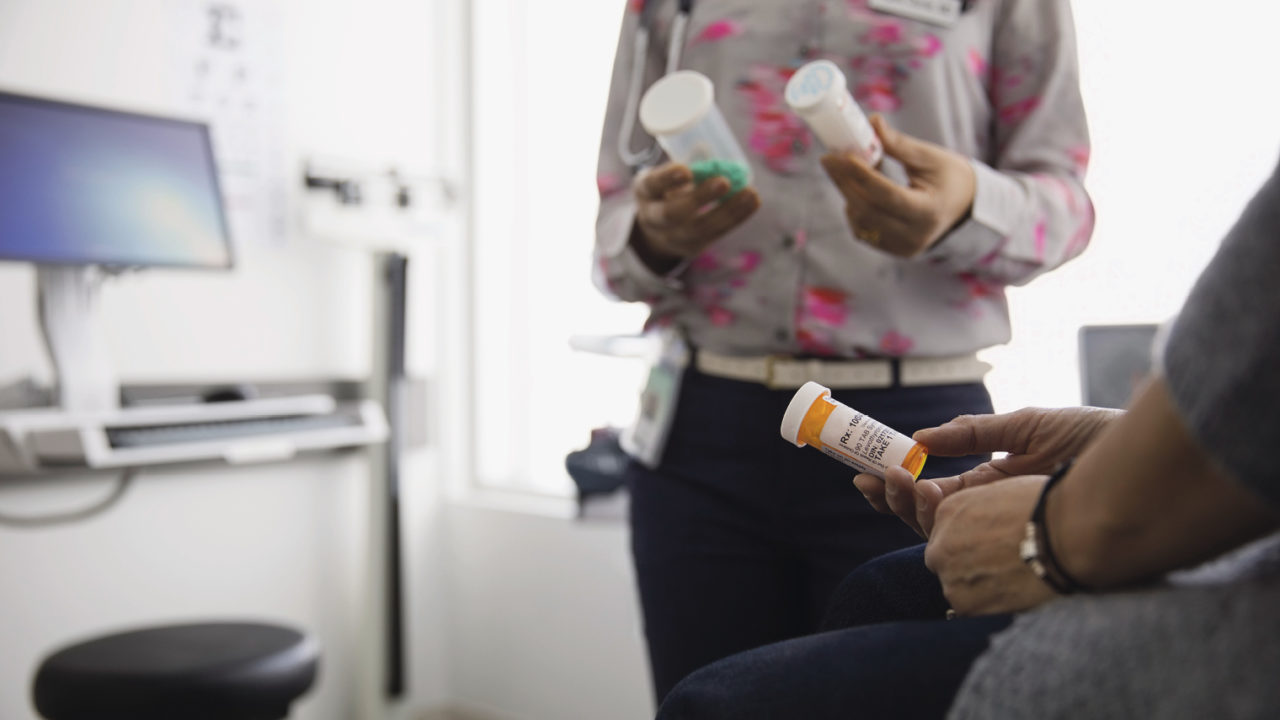 The so-called rule of thirds highlights one of medicine’s biggest challenges: patient compliance. It states that a third of patients take medical advice to a degree that it is effective; a third follow advice, but not enough for it to work; and a third just do not bother.

It is widely estimated that medicines are no taken as prescribed 50 per cent of the time; which should not be sniffed at given the NHS spends £16 billion on drugs each year.

It is hard to estimate the precise cost of poor patient compliance; £300 million is widely quoted, but this may be a vast underestimate because of a sinister domino effect.

For example, one in four patients reportedly do not take blood pressure medication as prescribed. Many are symptom-free and assume they do not need treatment, but high blood pressure is a silent killer, and implicated in tens of thousands of heart attacks and strokes that strike without warning.

The British Heart Foundation reported in 2018 that the total annual cost of treating heart and circulatory diseases in the UK was £9 billion.

How wearables could save your life

Theories abound in ignorance about how to improve patient compliance. Experts have recommended, among many other things, adjusting the timing and frequency of medication, alarm systems, and sending reminders by post, email or telephone.

The answer may lie in digital medicine and technologies and products that directly impact diagnosis, prevention and treatment. These include artificial intelligence, machine-learning, robotics, telemedicine and wearables.

Wearables such as the Apple Watch not only help to enhance patient compliance by issuing pill reminders, but also save lives. For instance, a 62-year-old builder felt terrible after lunch. When his watch revealed an abnormally high pulse rate, he called an ambulance. Doctors told him that he might have died if he had gone straight home.

Wearables and smartphones can also track other vital signs such as abnormal heart rhythms, blood glucose and blood pressure. Instant access to such critical information may make us more health conscious and, it is hoped, medicine compliant.

Digital interventions are also helping patients handle complex and potentially confusing medicine regimes. For example, Andrew had to take 32 pills in the morning and 32 at night after his second kidney transplant. The smartphone app MyMedSchedule successfully sent him pill alerts via text messages.

They are not the only patients with large pill schedules. More than a third of over-75s in the UK reportedly take four or more medicines a day; the greater the number, the greater the possible scope for errors and confusion.

The need for greater patient adherence extends beyond pills 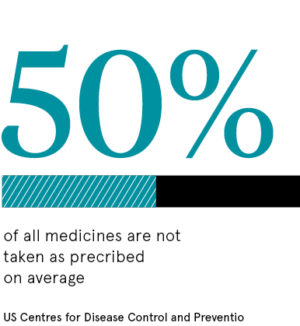 Concern over patient compliance is not restricted to pills and tablets. In March, Asthma UK warned that more than a million people in the UK could be at risk from potentially life-threatening asthma attacks because of inhaler misuse. They use inhalers to get medicines into their lungs, but poor technique can leave the medicine in the mouth or back of the throat, where it can cause side effects such as oral thrush or a sore throat.

Asthma UK says: “Every day, the lives of three families are devastated by the death of a loved one to an asthma attack and tragically two thirds of these deaths are preventable.”

The charity’s warning followed a US study involving 7,558 patients. An innovative digital sensor attached to their inhalers showed that 84 per cent of them had faulty techniques, according to a report in the Journal of Allergy and Clinical Immunology in Practice. The study was carried out by digital health company Propeller Health in partnership with the University of Colorado School of Medicine and Children’s Hospital Colorado.

Linked to the patient’s mobile phone or computer, the sensor can alert the patient and provide medication reminders, air quality forecasts, symptom advice and self-management tips.

In theory most patients need only a few tweaks to their inhaler technique to get it right, but who is going to advise them? Asthma UK says: “According to national guidelines, everyone with asthma should get their inhaler technique checked as part of their yearly asthma review with their GP or asthma nurse. But with dozens of types of inhalers that need to be taken in different ways, it can be difficult for doctors and nurses to know how they all work.”

This is a strong argument for a switch to digital health, an argument supported by the NHS Long-Term Plan. Published in January, the plan states: “People will be empowered, and their experience of health and care will be transformed by the ability to access, manage and contribute to digital tools, information and services. We will ensure these technologies work for everyone, from the most digitally literate to the most technology averse.”

But independent think tank the King’s Fund warns: “Like many others, we have been deeply concerned about the state of the NHS workforce and its ability to deliver existing commitments, let alone any new ones.”

There is another reason for caution. The government has snatched back money previously allocated to digital projects. This may have been a false economy in view of the vast cost of poor patient compliance, among many other things.