Statistics show overwhelmingly that Black women are more likely to die during pregnancy than white women, and discrimination is often to blame for differences in treatment and support offered by healthcare professionals 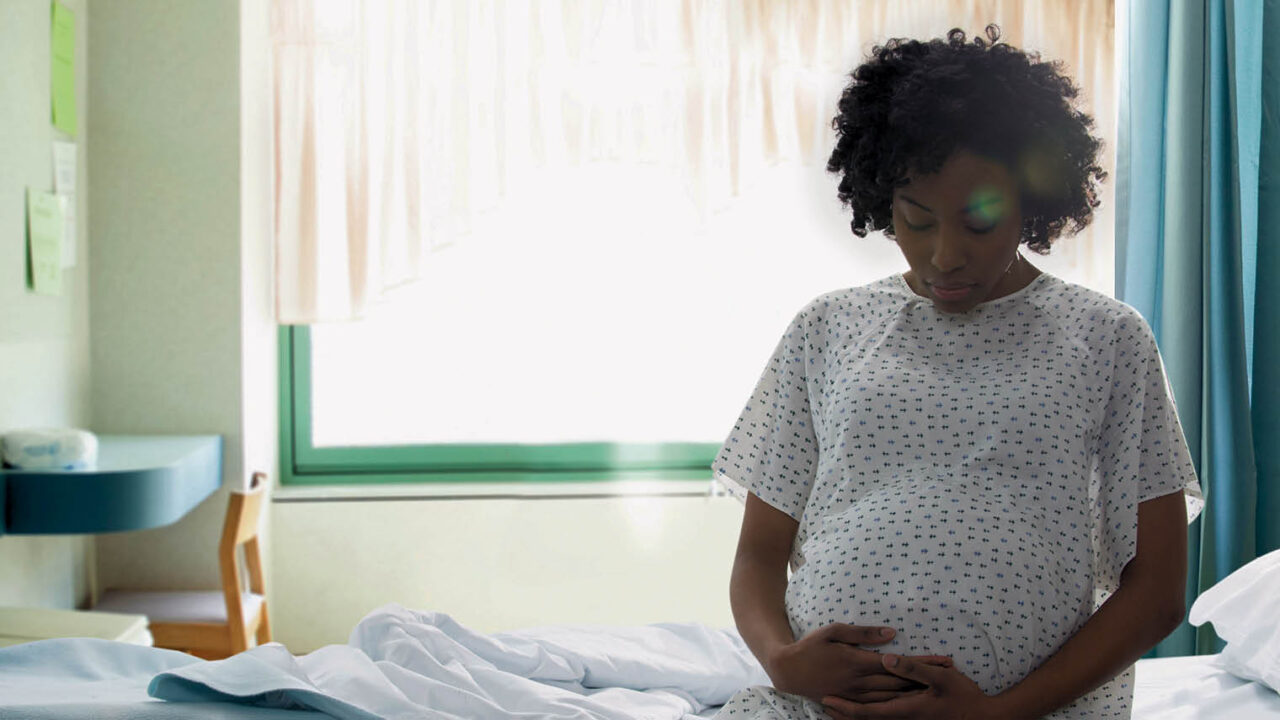 The coronavirus pandemic has placed racial health inequalities under a sharp spotlight. A research team at University College London showed mortality is almost three times higher than expected among Black women, 2.4 times higher in Asian women and 1.6 times in white women. Yet racial disparities in healthcare are nothing new and nowhere are the differences more striking than in antenatal care.

In November 2018, a report into maternal morbidity in the UK was released by researchers at Oxford University, citing that Black women are five times more likely to die in pregnancy, childbirth or in the postpartum period, compared with their white counterparts. Asian women were twice as likely to die compared to white women.

This staggering imbalance isn’t exclusive to the UK. The maternal mortality is similarly high in the United States with Black and indigenous Americans being two to three times as likely to die of pregnancy-related causes, according to official figures.

While overall maternal mortality in the UK remains relatively small at 7 per 100,000, it is 38 per 100,000 for Black women, which is similar to that of Egypt, a country whose healthcare spending per capita is one seventh of the UK’s.

In March, Five x More, a community organisation, launched a government petition to raise awareness on the disparities in antenatal care and the postpartum period; currently the petition has more than 185,000 signatories and is awaiting parliamentary debate.

Racial disparities are likely to be multifactorial, perhaps due to a greater prevalence of conditions such as pre-eclampsia, obesity and high blood pressure among Black women.

However, healthcare providers must also acknowledge that the way care is delivered may unconsciously disadvantage some groups based on their ethnicity, socio-economic status or pre-existing health problems. So how far does racial discrimination impact patient care?

Dr Christine Ekechi, a London-based obstetrician and co-chair of the Royal College of Obstetricians and Gynaecologists’ (RCOG) racial equality taskforce, describes how a conversation with a white colleague encouraged her to tackle the issue.

“My colleague looked at me and said, ‘You know Christine, if any other person had a five-times greater risk of dying due to a condition, we would place a health warning on that condition, wouldn’t we? So what are we going to do for Black women?’” says Ekechi, who is the RCOG’s spokesperson on racial equality.

Poor care has repercussions beyond pregnancy

Since then, it has become Ekechi’s mission to tackle racial disparities among patients and also the attainment gap among doctors working within obstetrics. She says that if we are going to address the health disparities in maternity care, we must start to look at how these inequalities exist across the entire reproductive cycle.

For example, research published by the American Public Health Association has found, compared with white women, Black women are more likely to undergo a hysterectomy and also receive diagnosis of gynaecological cancers at a much later stage.

She recalls an unfortunate incident when a Black woman had undergone surgery for a fibroid, a benign, muscular growth of the womb lining thought to be three to fives time more common in Black patients.

“She went home thinking she had a myomectomy [removal of a fibroid], was experiencing abdominal pain and was worried about a complication,” says Ekechi. “Only for me to read her notes and realise they had opened her up and closed her again because they deemed the myomectomy too difficult. Which is clinically fine, yes, but obviously this had not been communicated to her at all.”

Ekechi was left both upset and embarrassed by the experience, having to explain to the woman that she had not had the myomectomy that was necessary to improve her chances of conceiving. The campaigning obstetrician is emphatic that the patient was not given “the value she deserved” because of her skin colour; the patient was a well-educated, middle-class woman who would have understood if the information was relayed to her.

Four years ago, Sandra Igwe established the Motherhood Group, a social enterprise that delivers events and education to Black mothers, following her own difficult experiences of antenatal care and childbirth. She feels health professionals did not seem to know how to interact with her and believes Black women are often misjudged as having an “attitude”.

A study published last year in Obstetrics & Gynecology revealed that non-white patients in the United States are less likely to receive pain relief despite experiencing more pain during delivery. In the first 24 hours after birth, white women were asked about their pain levels an average of 10.2 times, in comparison with 8.4 to 9.5 assessments for all other mothers.

While Igwe’s husband was present, she feels it is often difficult for birthing partners to know how to navigate the medical system and advocate for their spouse. By starting the Black Mum’s Support Fund, she is campaigning for greater access to birth advocates and better access to counselling for soon-to-be mothers.

Igwe also believes the poor experience of childbirth could have triggered her post-natal depression (PND). Research published by Springer has shown that being a mother from an ethnic minority background significantly increases the risk of developing PND. But there have been very few studies exploring the factors that contribute to poor mental health and even fewer studying the Black community in particular.

Her experiences meant she did not feel comfortable reaching out to medical professionals to access support and she continued to struggle with her mental health on her own. She believes that many other women may disengage from care due to negative encounters with professionals early on in pregnancy.

Improving antenatal care is a life or death matter

My Midwives Initiative was founded by Georgia Allan and Sheridan Thomas, independent midwives who have undergone additional training to become professional midwifery advocates to encourage reflective practice among midwives. Allan says: “To provide culturally safe care, we need to have an understanding of the lived experience of the people we care for and how this has impacted on a woman’s maternity journey.”

We need to not be more likely to die, to not have as much post-natal depression, and to start having more positive experiences

Despite the large gaps in care that remain, Igwe is optimistic the effects of racial discrimination within the healthcare system can be reduced. “We need to not be more likely to die, for us to not have as much post-natal depression, to bring that percentage down to as low as possible, and for us to start having more positive experiences with childbirth and encounters with healthcare professionals. For us to be able to really say we were not treated differently simply because of the colour of our skin,” she concludes.

Kyia Omoshebi trained as a midwife in Bristol where she wrote a dissertation on racial disparities in UK antenatal care after feeling many of her colleagues were disinterested in the issue. The only student of colour in her cohort, she became dissatisfied with the response from white students of racial disparities evidenced in a report by Oxford University. “The fact that it really didn’t stir any conversations and that group didn’t even flinch at the statistics definitely left me feeling devastated and in tears,” she says. Omoshebi stresses that racial disparities in healthcare are often examined as a homogenous group, without looking at the needs of specific communities. For example, she feels stereotypes surrounding Black women are a contributing factor in why they may experience antenatal care differently. “It’s the projections that we put on women to be strong, not to be vulnerable and to be stoic and get on with it, that Black women experience a lot, which almost becomes a self-fulfilling prophecy; they have to be that strong as they don’t have anyone else to lean on,” she says. While change will no doubt be difficult and there is much to do, Omoshebi feels that a strong focus on medical development, including anti-racism training, could greatly benefit her colleagues, of all races, in understanding the needs of marginalised groups.