We associate hearts with our most intimate feelings of love, despair, sorrow, joy. When we talk of heart break, sweethearts, a kind heart or the heartless, everybody knows what we mean. The link between our hearts and our emotions is unchallenged. Yet how real is it? Does our emotional health have any impact on our hearts? Can you be spared a heart attack by being happy?

Medical research suggests that happiness certainly can reduce the risk of heart problems.  People with a positive outlook, who experience joy, happiness, excitement and contentment in their lives, are less likely to suffer heart disease, according to researchers from Harvard School of Public Health.

The modern consensus is that being happy promotes a healthy lifestyle

Their research included only prospective studies that followed people over time, rather than examining their histories. They also reviewed evidence on any association between PPWB and health behaviours such as smoking, alcohol consumption, diet and exercise.

The Harvard researchers concluded the evidence indicated that positive psychological wellbeing “protects consistently” against CVD, independent of other risk factors. Interestingly, they noted an advantage of hedonic wellbeing, based on pleasure and enjoyment, over eudaimonic wellbeing, based on fulfilling potential and wider social goals.

Harvard’s review of the evidence has limitations, so it is difficult to draw firm conclusions from it on the potential relationship between PPWB and CVD. Many of the studies used to compile their review had limitations in their design and methodology. Even in prospective studies, it is possible that a person may have had early CVD at the time wellbeing was assessed, even though the symptoms had not yet presented. This means the condition may have actually existed before their state of mind at the time had developed.

This study was first published in 2012 yet its findings continue to influence the evolution of the way we think about the link between wellbeing and longevity. The modern consensus is that being happy promotes a healthy lifestyle. It helps to combat stress, boosts your immune system and protects your heart, all of which can be expected to help increase life expectancy.

This isn’t just something made up to encourage good behaviour, but is rooted in research. For example, last year the British Medical Journal published a study which suggested that people with higher psychological wellbeing were more likely to eat healthier diets and take part in physical activity, all of which reduces the risk of CVD.

This study covered almost 11,000 people aged between 45 and 72 randomly selected from Lithuania’s National Population Register. It recommended that healthy lifestyle education initiatives should pay special attention to older adults with lower psychological wellbeing, with the aim of increasing physical activity, controlling smoking and promoting healthier choices of food and drink.

A number of prospective cohort studies have linked positive wellbeing to lower risk of heart disease. In the Whitehall II cohort of British civil servants, carried out in the 1980s, nearly 8,000 middle-aged participants responded to questions regarding their optimism, emotional vitality and satisfaction with aspects of their life including work and family.

Compared to those with low levels of emotional vitality or optimism, people with moderate and high levels were 20 to 30 per cent less likely to suffer coronary heart disease within five years. The study also found that greater satisfaction with work and family was also an indicator of reduced risk of heart disease, particularly angina. 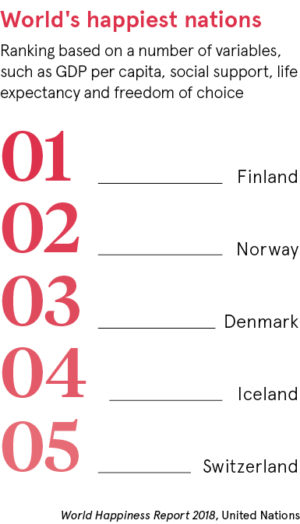 Similar results have been reported from nationally representative North American samples. Optimism predicted lower incidence of heart failure and purpose in life was associated with reduced stroke risk among 6,800 older adults in the Health and Retirement Study. In the National Health and Nutrition Examination Survey, emotional vitality was predictive of reduced stroke risk in more than 6,000 participants. In addition, positive affect was protective against coronary heart disease in the Nova Scotia Health Survey. Importantly, the findings of these studies were maintained even after accounting for negative psychological characteristics, such as depression, anxiety and hostility, and biological and behavioural risk factors.

In a sense, the findings of these studies should come as no surprise. We have long known that the risk of heart disease increases among the most deprived communities. Although money does not buy you happiness, it certainly can cushion you against the impact of life’s ups and downs, and makes it easier to feel contented and fulfilled for longer. Financial wellbeing can also buy you time and space for exercise, and can make healthier food choices more affordable and accessible. All of which can reduce the risk of poor physical and mental health, including cardiovascular conditions.

Edward Diener, professor of social psychology at the University of Utah, has researched links between happiness and good physical health. He argues that doctors should monitor positive emotions, and not just negative ones, during routine physicals, as they do with questions about exercise, smoking and alcohol use.

“People are doing a lot of things to stay healthy,” says Dr Diener. “They are jogging, riding their bikes, eating fruit and vegetables. We want to remind people that there’s one more thing you need to work on that can also have a big effect on your physical and emotional wellbeing.

“Learning to enjoy your work, being more grateful and having really positive relationships are important too.” 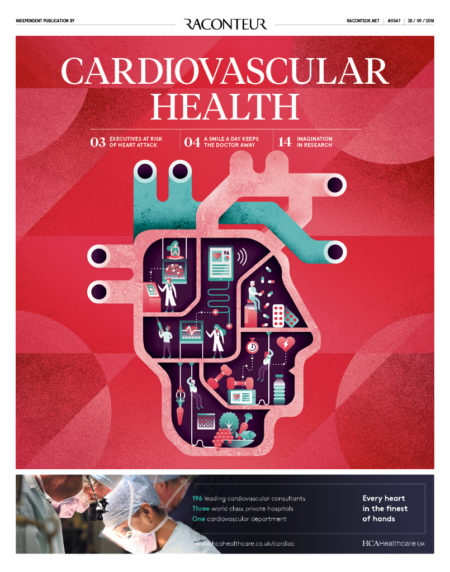