A recent increase in the number of business failures is of course alarming, but it could in part reflect healthy levels of entrepreneurship 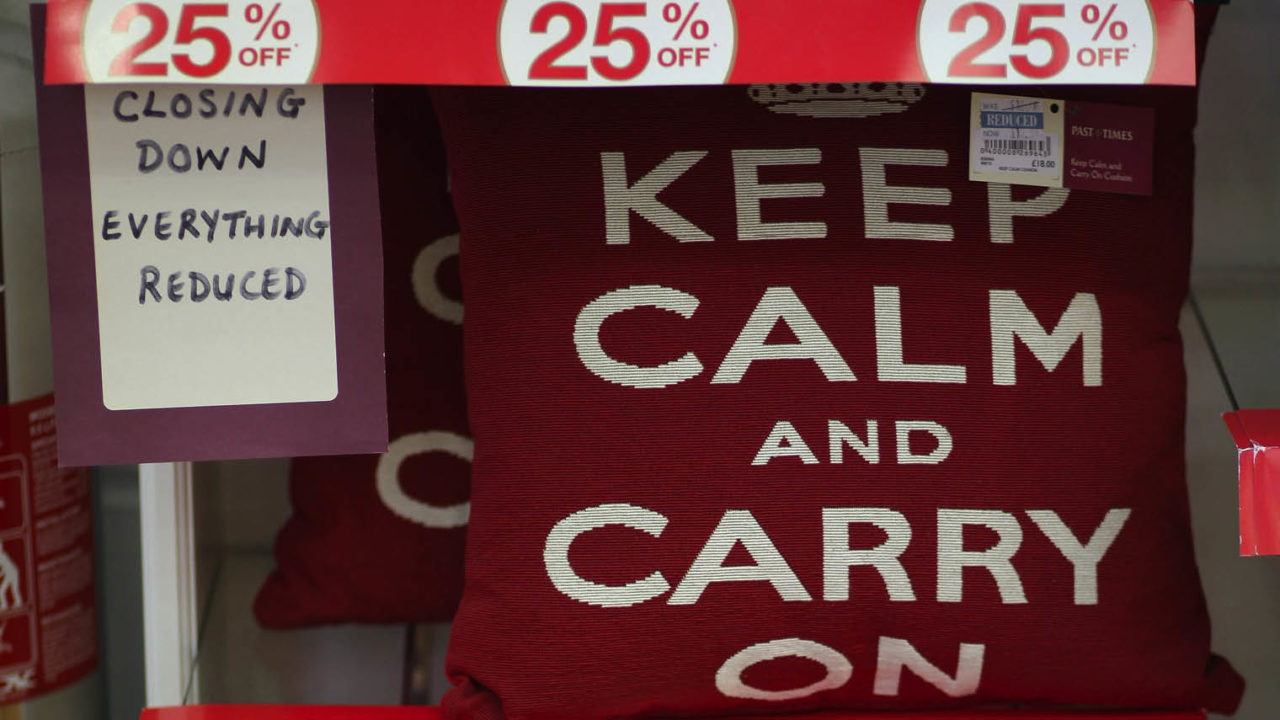 It’s easy to forget that the UK has been living through what BBC economics editor Faisal Islam describes as “a decade-long Roadrunner moment [since] the trauma of the financial crisis”.

The way he describes it, the economy ran off a cliff in October 2008 and has since been suspended in mid-air, with its cartoon legs a-swirling, sustained only by low interest rates, quantitative easing and other forms of governmental support.

The question, four months from the date when we are due to leave the European Union, is how much longer can UK business growth continue to defy gravity?

As yet there is little sign of business growth slowing. Indeed the number of UK startups reached a record of 663,272 in 2018, up 5.7 per cent on the previous year, according to the Centre for Entrepreneurs (CFE).

Even though statistics suggest that half to two thirds of startups may fold within three years, CFE director Matt Smith says this confirms “the resilience and confidence of entrepreneurs across the country, and the strengthening of London as Europe’s leading startup hub”.

However, at the other end of the spectrum, business failures have been ticking up too. According to the Insolvency Service, administrations across England and Wales rose by 26.8 per cent in the first quarter of 2019, against the same period in 2018, to reach their highest level since 2014.

And a survey from trade credit insurer Euler Hermes shows that UK business failures climbed by 12 per cent in 2018, against the previous year, and predicts a further 9 per cent increase in the current year.

Yet Euler Hermes warns that business failures would surge by 20 per cent in the event of a disorderly or no-deal Brexit, placing the UK among the top economies in the world where growth in business failure is concerned.

Matt Henderson, insolvency partner at accountancy firm Johnston Carmichael, says the numbers need to be taken with a pinch of salt. He stresses that, although they are rising, business insolvencies are still way below the elevated level they reached between 2009 and 2012 in the wake of the financial crisis.

“A 12 per cent rise year on year might look bad, but if it’s from a historically low base, it’s not that meaningful,” he points out.

John Tribe, senior law lecturer at Liverpool University, says higher use of company voluntary arrangements, a mechanism currently favoured by retailers to negotiate cheaper rents from landlords, may also be distorting the picture.

But Mr Henderson adds: “That does not mean there are not worrying signs.” He cites the collapse of Wolverhampton-based construction and government outsourcing giant Carillion in January 2018, which caused a domino effect among subcontractors.

“The behaviour of Carillion in reducing contract margins down to wafer thin levels meant it actually dragged down a whole sector,”
he says.

Construction has been further blighted by Brexit, which has led many businesses and public sector organisations to put building projects on ice.

There have also been higher-than-usual levels of corporate failures in the retailing, restaurants and services sectors. In retail, Debenhams and L.K. Bennett recently entered administration, following on from Maplin, Toys R Us and Poundworld in 2018, leading to unemployment, a surge in vacant units on UK high streets as well as problems for landlords.

Aside from the pressures of high business rates, inflexible landlords and the rise of online shopping, Julie Palmer, regional managing partner at Begbies Traynor, points to a generational shift that could spell curtains for the retailers’ traditional business model.

“People in their 20s and early-30s lead more portable lives, and are less interested in accumulating CDs, DVDs or even clothes. They’re less materialistic, tend to everything on their mobiles or tablets or the cloud. We’re seeing the effects of that very dramatically in retail,” she says.

In the restaurant sector, insolvencies soared to a record high of 1,442 in 2018, up 40 per cent on 2017, according to accountants Price Bailey. The drivers include Brexit-induced consumer numbness, weak management of some chains, an oversupply of restaurants as well as rising competition from delivery apps Deliveroo and Uber Eats.

But what if anything should the UK government be doing to keep more of the country’s struggling firms from facing insolvency and ensure business growth can be sustained?

Ms Palmer is not convinced the government should do anything. She says the stimulus measures introduced after the 2008 global financial crisis, including ultra-low interest rates, quantitative easing and HM Revenue & Custom’s time to pay scheme, have “left us with a hard core of 480,000 zombie businesses, none of which are going anywhere”. She argues that this rump of stagnant enterprise is actually impeding UK business growth.

“Every recession is a good opportunity for some creative destruction so the worst-performing businesses can be flushed out and more dynamic businesses can pick up market share,” says Ms Palmer. “But we delayed and probably softened what would otherwise have been a boom coming out of recession.”

Mr Henderson agrees that a dose of Schumpeterian creative destruction is paradoxically beneficial for business growth. He says the fact that more than half of tech startups fail within three years “shows capital being put at risk and that people are optimistic about the future”.