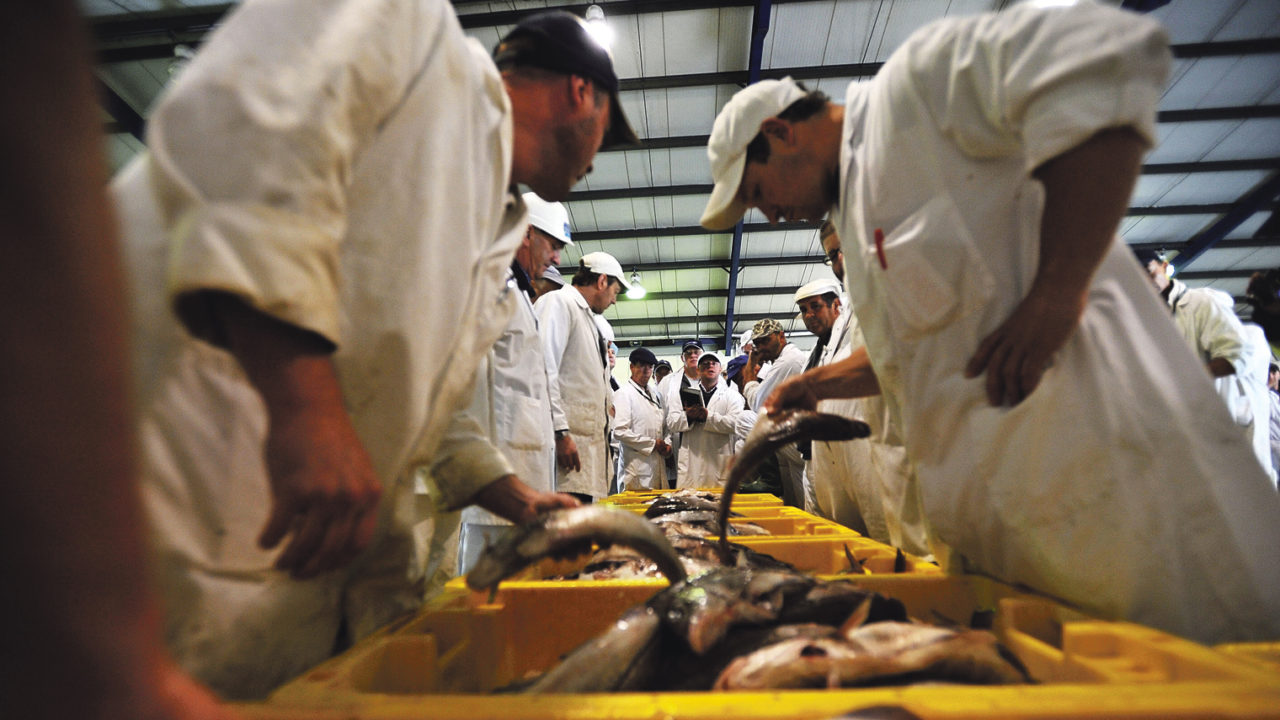 While it might be an urban myth, or at the very least an unsubstantiated rumour, that Grimsby once made more pizzas than anywhere else in Europe, it’s testament to the Humber region’s reputation for processed food that the legend has persisted.

The centre of the UK’s seafood industry, the Humber has around 500 food-related companies, one of the largest concentrations of cold storage facilities in Europe, and a good tradition of food technology and research.

Although the news isn’t all good as Young’s Seafood, Grimsby’s largest private employer, has just been put up for sale, the region’s food industry appears to be holding its own. Morrisons recently announced it’s recruiting another 100 staff at its Grimsby seafood manufacturing site. And, says Simon Dwyer of Seafood Grimsby and Humber Cluster Board: “We have around 17 approved processing facilities in Grimsby, with 5,000 people directly employed in the seafood processing sector.”

Working to raise the profile of seafood in the UK

In fact, the area produces around 70 per cent of the seafood consumed in the UK. It is, of course, a challenging time for the region, but Mr Dwyer says: “We have been working hard to raise the profile of the seafood and food cluster with government and with key stakeholder-suppliers. In the past year we have met ministers, we’ve met ambassadors for the UK and Iceland, and we have done the same for Norway.”

The objectives of the talks are threefold, says Mr Dwyer, to iron out some looming issues in the light of recent political decisions, notably Brexit. “We currently enjoy relatively smooth shipping and logistics routes that are trans-European, cross borders and do not experience many delays,” he says. “Moreover, 30 per cent of the labour engaged is from overseas. We’re also talking about competitiveness around customs tariffs and duties in the future. Our supply is global and most of the arrangements we have with customs duties are linked to the European Union relationship.”

Nonetheless, there’s a positive outlook in the sector: “We are working closely with the Seafish Industry Authority to increase the consumption of seafood – we want to get people to eat two portions of fish a week minimum. The more people who eat more fish the better,” says Mr Dwyer.

The challenges facing the food sector

Paul Johnson, partner at law firm Mills & Reeve, has been part of the Yorkshire and Humberside deals market for more than 20 years, specialising in buying and selling businesses, including those in the food sector, for a range of clients.

He says: “Most people thought the food and drink sector would be immune to the recession, as it produces essential items. To some extent that has been true. However, there have been heavy pressures on pricing for both consumers and suppliers in terms of purchasing raw materials. This includes government influences and industry standards such as the new sugar tax on soft drinks. Further still, the level of volatility in commodity prices is unprecedented, presenting an increasing challenge for food processing manufacturers.

“We have seen a rise in innovation, increased availability and skill gain in the job market, as well as diversification and increased merger and acquisition (M&A) opportunities for food and beverages businesses.

“Pricing is the key driver to growth, divestment or acquisition of brands. Synergy with existing brands and shared manufacturing is a growth area, and we have seen rising M&A activity in the region. I only expect these activities to gain momentum in the coming years.”

Humberside and Yorkshire are the most-funded regions in the UK for private equity and venture capital, says Mr Johnson. “Investors may be interested in high-growth business using technologies such as mobile apps and artificial intelligence within the industry. The rise of tech-based food businesses is likely to continue, as transformation presents increased opportunities,” he concludes.