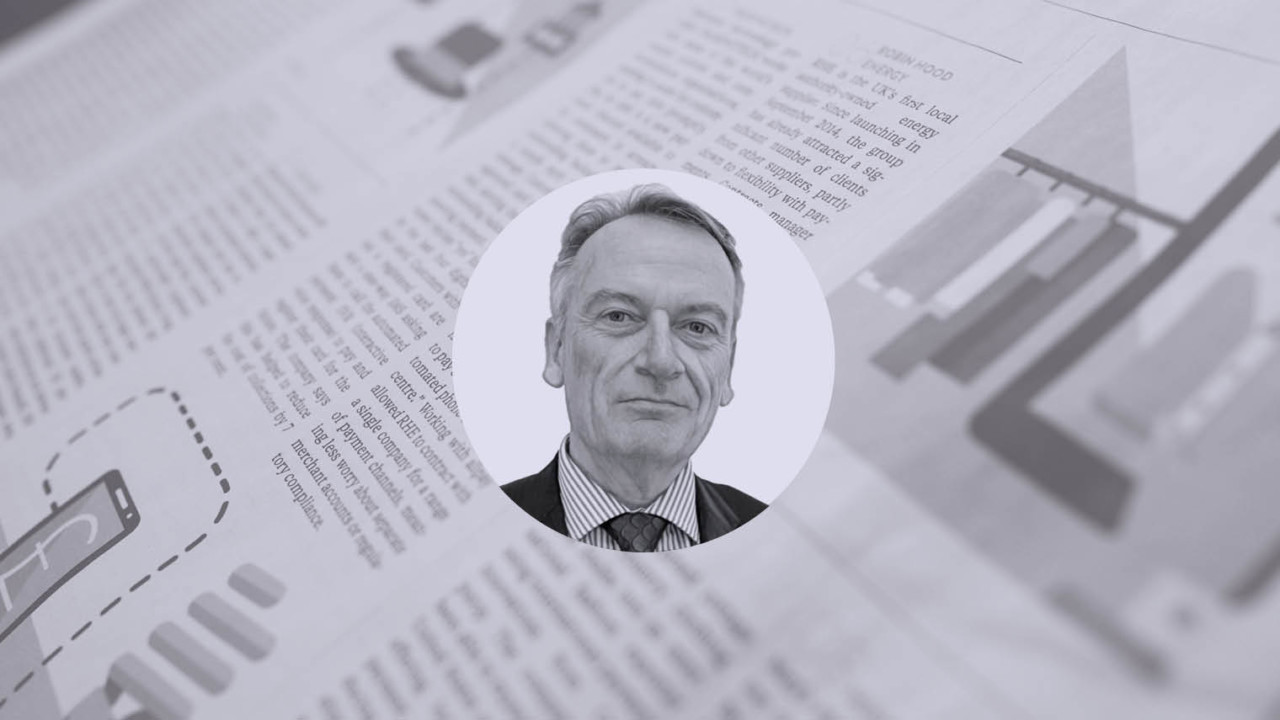 Our banking, financial and payment services were invented way back when in the industrial era, which is why our financial system is built with a focus on the physical distribution of paper in a localised network focused upon buildings and humans.

“The cheque is in the post” was the greatest innovation of that era and, as we automated things, we made faster horses. We moved from cheque to plastic cards and from branch pass books to automated banking online, but the actual products and services reflect that industrial era history.

We talk about open banking and the fintech revolution, but it isn’t really happening. The reason it’s not happening is that nearly all our core-system infrastructures were implemented in the last century, before Mark Zuckerberg was even born. Instead, we are trying to add funky, digital, modern networking over that broken scrapheap of the past and it will fail.

I know it will fail as I travel the world non-stop and can see it. For example, while we are trying to make faster horses with faster payments and faster banks, Asia is making turbo-charged motor cars that speed around the world. That is why China saw $15.5 trillion of consumer payments pass through mobile payments wallets in 2017, triple the volume of 2016 and forecast to reach $50 trillion by the end of the decade.

China’s economy has leap-frogged the industrial era payments via cheque books and plastic, and transcended immediately to mobile. The two technology giants of China, Tencent and Alibaba, have a very different model of the world too. To me they seem like PayPal integrated with Facebook and Amazon, a social, commercial and financial ecosystem that is tightly integrated.

But the story in China is of cars replacing horses. There is an even greater phenomenon taking place in Africa. China has a new system that reimagines the old one. Africa had no system and is reimagining everything. Using that analogy of cars and horses, Africa is creating financial aeroplanes.

Until the mobile phone arrived, Africans could only pay each other by physically transacting cash. Most of the people in Nigeria, Uganda, Tanzania and other sub-Saharan countries had no bank account and no access to electronic money.

Therefore, they had to move cash physically around, and it was insecure, dangerous and subject to excessive risk. Now all Africans with a mobile subscription – more than four out of five people – are using their mobile to move money. One in three Africans with a mobile phone use it as a mobile wallet. There is one big difference between the African mobile wallet and the Chinese one however, and that is the size of a transaction.

Africans living on $2 a day can take out microinsurance for 10 cents a day, they can save 5 cents a day and invest 7.5 cents a day, if they want to. Equally, Africans, who historically could only sell their produce to the nearest marketplace in a small village or town, can now sell their offerings to anyone, anywhere.

The digital revolution driven by the mobile internet is creating a ground-up reimagining of everything and when we in the West look to America for innovation, we are looking the wrong way. We need to look to Asia, Africa and South America. This is where the true transformation is coming from.

Chris Skinner is author of a new book, Digital Human, which describes how humanity is being revolutionised through digital inclusion