Despite Africa’s huge potential, there is a lack of expertise and investment in infrastructure, leaving millions languishing in poverty 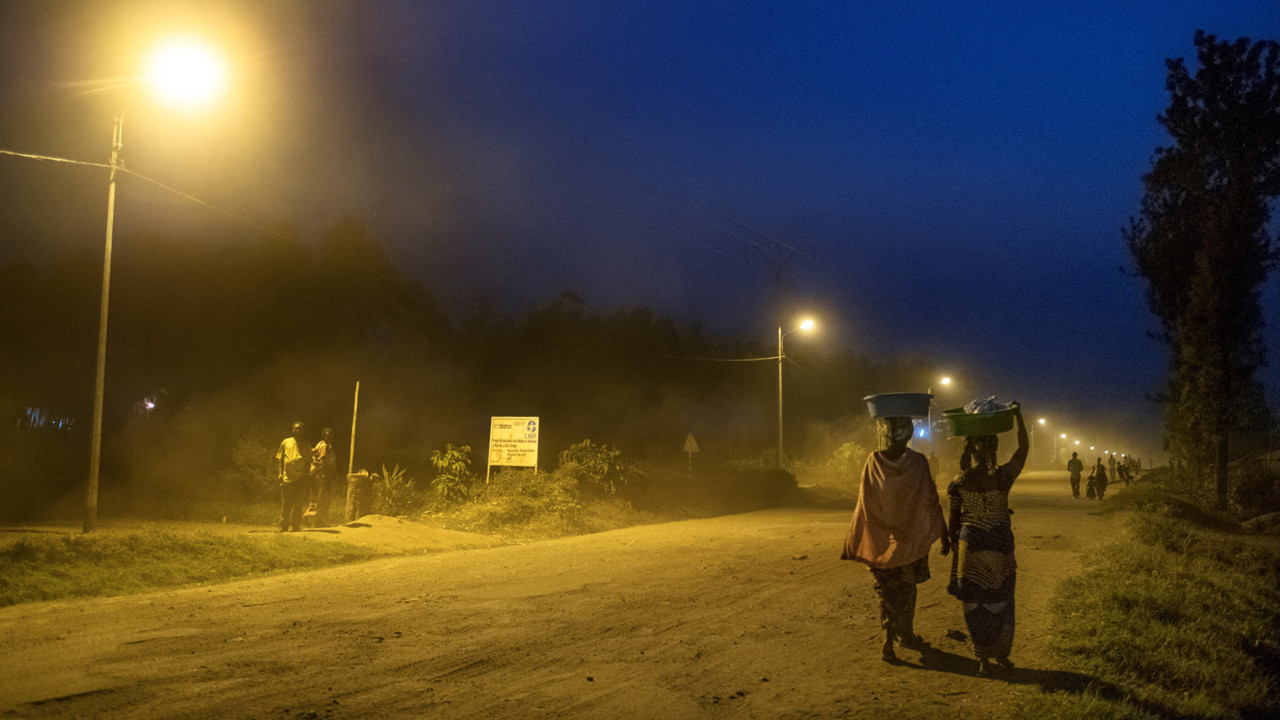 The numbers speak for themselves. If Africa is to unleash its true economic potential, $170 billion is needed every year in infrastructure investment, according to the African Development Bank. The continent is rapidly urbanising, its workforce is growing by 12 million a year. Six of the world’s fastest-growing economies in 2018 are forecast to be African.

Yet this story of progress is occurring despite its poor energy, water and transport networks. “The size and scale of the need is beyond imagination; the challenge is enormous,” says Miguel Azevedo, head of investment banking for the Middle East and Africa at Citigroup. “Africa needs a lot of infrastructure right now if it’s to make the most of its demographic dividend.” 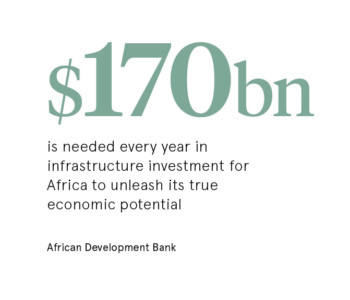 The share of Africa’s working-age population is rising faster than any other region globally; 70 per cent of the populace is under the age of 30. By 2034, it will have a larger potential workforce than either China or India. Only accelerated infrastructure investment will harness this growth.

“If it does not happen it will be dramatic for Africa and traumatic for Europe since people will start migrating north for a better life; something must be done. African countries are starting to realise that many issues stem from a lack of infrastructure,” says Mr Azevedo.

Currently power is the lowest-hanging fruit in terms of return on investment. Sub-Saharan Africa is starved of electricity; two out of three people lack a domestic supply and there are many studies showing that a lack of basic infrastructure slashes productivity, as well as growth in gross domestic product.

“Many millions use generators for electricity costing 50 cents for one kilowatt. If you build a power plant the price comes down to ten cents. It’s a no brainer. The demand is there. People will pay,” says Mr Azevedo.

It’s not that there’s a lack of money either. Institutional investors have more than $100 trillion in assets under management globally. A small fraction could easily plug Africa’s financing gap. The list of investment hotspots is also getting longer, with seven visible leaders including South Africa, Rwanda, Kenya, Ethiopia, Egypt, Morocco and the Ivory Coast. Yet chronic issues linger.

“The actual hurdle is ‘bankability’, and the challenge that investors face in identifying and structuring bankable projects,” explains Ibrahim Sagna, director for advisory and capital markets at Afreximbank.

“The second set of challenges relates to government aptitude. In most cases they own the jurisdiction and the asset, so they need to guide the regulations and concessions, as well as kickstart the agreement. All too often political agendas create hurdles for transactions.”

There is a third challenge, which is lack of technical expertise. The critical mass of consultants, project managers, legal advisers, skilled staff and other service providers is sorely lacking across Africa.

“Experienced and well-capitalised private sector infrastructure developers are beginning to emerge from Egypt, South Africa and Nigeria. They will cascade into the continent as its wealth and growth make it more attractive, yet the current supply side is very limited,” says Mr Sagna.

Those schemes that are bankable do well. Infrastructure projects have default rates of 16 per cent across the globe. In Africa the rate is under ten.

“Once an African project gets checked as bankable and doable, and gets to financial close, the chances of losing money are very limited because lenders go the extra mile of caution, and hedge to make sure that if anything goes wrong there’s a mechanism so they will be paid, even if there is some delay,” adds Mr Sagna.

The traditional project finance model is common, but raises challenges in Africa since there are often issues with drawn-out timelines. Also many projects are complex in terms of their structure, documentation and the number of parties involved. It’s why there are many public-private partnerships.

“The criteria for project finance are not very flexible, nor is it suitable for smaller projects,” explains Raj Kulasingam, senior counsel at global law firm Dentons. “Chinese financing is also becoming more prevalent, although this comes with its own set of rules including the use of Chinese contractors and equipment.”

China has stepped into Africa where other foreign direct investment has feared to tread, offering up its hand as an alternative investment partner. This Asian giant takes the long-term strategic view, helping it overcome challenges faced by short-term Western investors.

“Africa is regarded as the ‘last golden land’ by many Chinese,” explains Dr Jing Gu, director of the Centre for Rising Powers and Global Development at the Institute of Development Studies. “Important ports and other coastal cities are hotspots for infrastructure. These developments are also complementary to China’s Belt and Road initiative [recreating the ancient Silk Route].”

Something needs to change if Africa is to reach its full potential; the continent must industrialise to generate employment and end poverty. Infrastructure investment is paramount, whatever model is used.