An effective engagement strategy can increase productivity and deliver a healthier bottom line, as well as attract and retain high-performing staff

Employee engagement is no longer simply about recruitment and retention as companies are taking specific measures to drive motivation and, in turn, raise profitability.

Mr Shergill cites two key working practices that play a part in this. Firstly, his company’s MAD JAM, or Make A Difference Jamboree, celebrates the most outstanding ideas from all employees. MAD JAM identifies business-centric innovation emerging from employees across the organisation for leaders to nurture and harvest. A jury of senior leaders shortlists the best ideas before employees vote for their favourite entries.

“MAD JAM helps our ‘ideapreneurs’ take their ideas to the next level, converting them from concept to reality,” he says.

In addition, the company’s so-called Value Portal has been designed to record, facilitate, manage, assess and share customer-focused innovations, engaging with more than 25,000 employees. The scheme has so far generated ideas around process improvement, cycle-time reduction, tool development, technical solutions and cost optimisation. 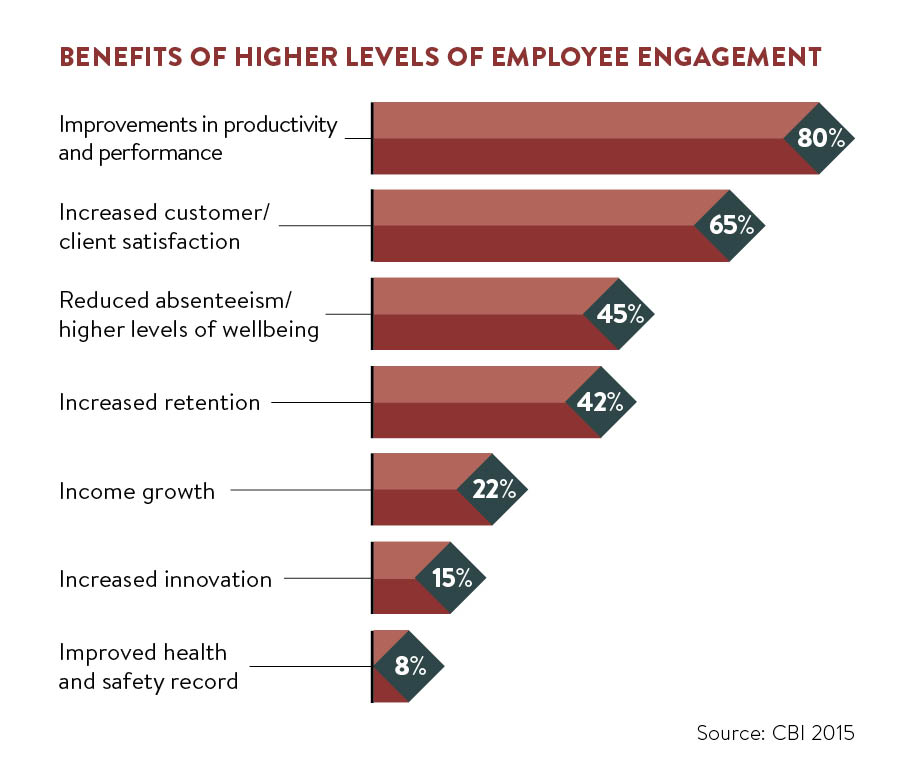 Matthew Levington, director of Business Doctors, a franchised network of management consultants who work with small and medium-sized enterprises, says: “Research certainly backs up many business owners’ gut feeling that employee engagement schemes do have a tangible impact on the bottom line.

“It’s not a simple correlation and there are many factors involved, but engaged employees take fewer sick days, are less likely to suffer from presenteeism and are less likely to leave an organisation. Perks such as gym membership and private healthcare communicate a lot about an employer’s commitment to its workforce and when an organisation puts it forward, it reaps the reward.”

Recent research from facilities and building maintenance specialists Direct365 shows that 61 per cent of UK employees believe they don’t receive enough incentives. Many companies offer what’s being described as “extreme employee incentives”, such as catered lunches and at-desk massages. Google famously offers places to nap during the day, and Netflix and Virgin offer unlimited leave.

Phil Turner, head of digital at Direct365, says: “Many companies tend to behave like ostriches when dealing with employee benefits. They stick their heads in the sand and believe that extreme benefits can make up for other shortcomings. However, the truth is that they aren’t necessarily offering perks that their employees really want. Much more thought needs to be put into considering exactly what the employees themselves need.”

Engagement measures aren’t just about sticking a ping-pong table in the corner or signing staff members up to Bupa. Sometimes it’s about changing working practices and tackling engagement in the company structure.

C.J. Morley, global director for talent and development at digital media agency iProspect, says: “iProspect is staffed almost exclusively by millennials – 90 to 95 per cent – and they have a different expectation of the workplace. The whole notion of a work-life balance has been tipped on its head and people are no longer defined by their jobs.

“As an organisation, we don’t define value by the number of hours that someone has put in, but instead focus on their productivity and output. As such, the most important goal that we have is providing our employees with choices in the way they work.

“Globally, we are moving the needle towards the concept of agile working. Staff can decide when and where they work – a notion that may send shivers down the spines of other business owners, but we can already see that the initiative is paying off.”

Ms Wesley says a successful employee engagement strategy should use a number of tactics, regardless of business size. And it’s pretty simple. “Schemes should make pay stretch, improve life outside work, provide opportunities for career progression and reward staff for hard work,” she says.

She cites a large firm in the financial sector, which had previously lost talented women when they became mothers, after having invested time and money into their development.

“The company’s new strategy now includes a well-promoted childcare voucher scheme, an emergency childcare scheme and a holiday exchange scheme where employees can buy or sell annual leave to suit their needs,” she says.

Such schemes are also accompanied by a coaching programme for pregnant employees and maternity returners, workshops for new and expectant fathers, and a training programme for line managers covering pre and post-maternity issues.
“Six years on from the initiation of the programme and the company now boasts a maternity return rate that exceeds 90 per cent year on year and awards for its family-friendly working ethos,” adds Ms Wesley. 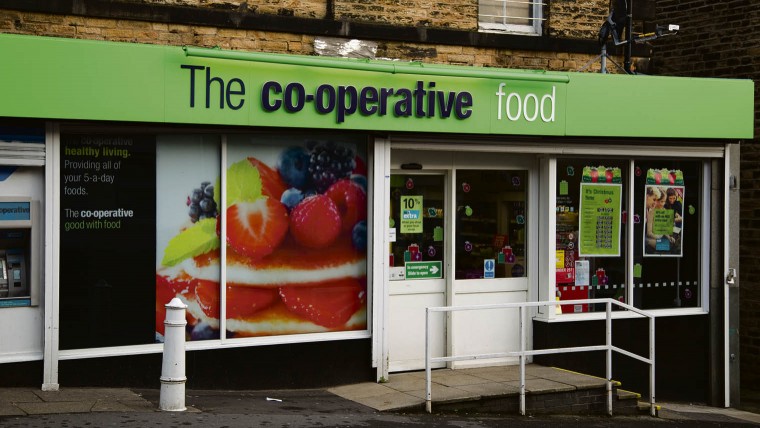 According to research from Deloitte, 80 per cent of UK companies still face a lack of employee engagement. Yet only 36 per cent suggest they are prepared to tackle these engagement issues.

A survey of more than 7,000 employees across 20 countries by global research firm ORC International found that UK employees have some of the lowest engagement with their jobs in the world, placing the UK 18th out of 20 countries.

However, the benefits are measurable. The Co-operative Group’s Talkback engagement and performance programme, for example, tracked levels of engagement against store performance.