The idea that a company's environmental footprint, employee welfare and social impact decides how its leader is judged is gaining traction 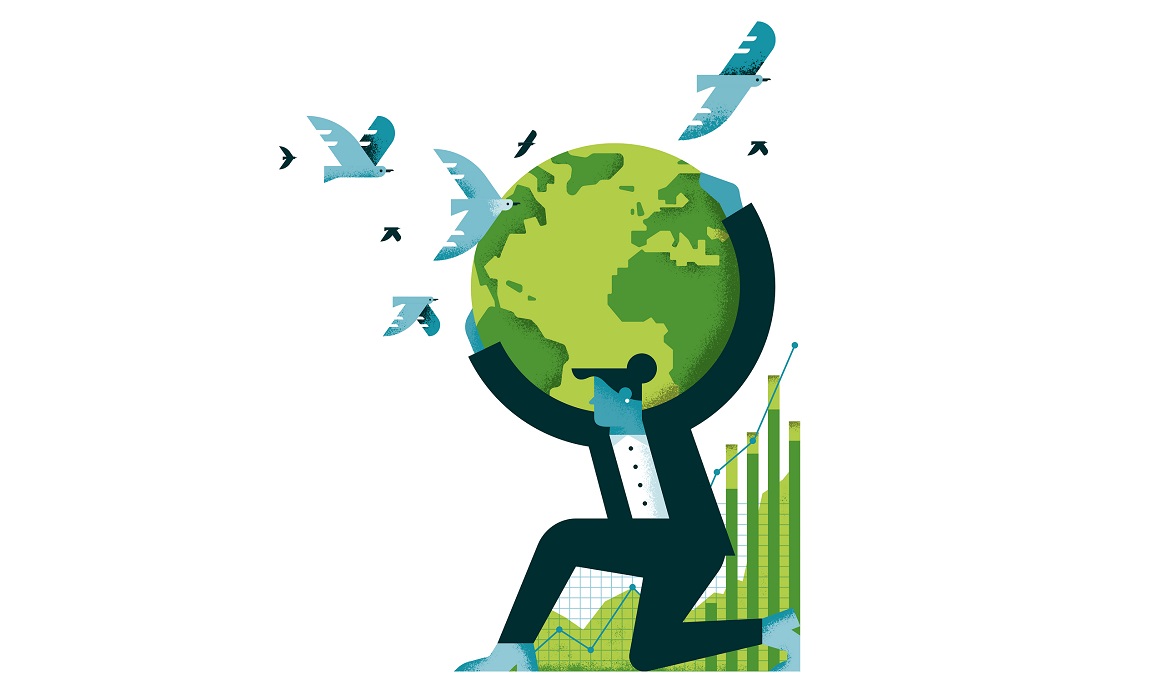 Being a chief executive (CEO) has never been easy. But at least those stepping into the top job used to know what was expected of them: grow revenues, increase margins and, do or die, deliver profits. The future CEO has a harder job.

Over recent years, the job spec has begun to look fuzzier. In the era of Extinction Rebellion and “We are the 99 per cent”, profit-making alone no longer seems to cut it. Private sector leaders are under growing pressure to show the companies they manage are helping, not harming, society.

Consumers want such a shift, employees expect it and campaigners, together with a handful of progressive investors, are vocally demanding it. More surprising, a small but growing number of CEOs appear open to delivering it.

In a ground-breaking move last summer, the 180 or so US CEOs who comprise the usually conservative Business Roundtable committed to “lead their companies for the benefit of all stakeholders”.

If such statements are to be more than empty rhetoric, it will require top bosses to reassess old-style leadership norms premised around profit maximisation. But what might alternative leadership models look like? And how can companies go about acquiring them?

Why a mindset shift is crucial

Both are questions to which Katell Le Goulven has given considerable thought. As head of the new Hoffman Global Institute for Business and Society at INSEAD, the French business school, Dr Le Goulven’s mandate is to equip the business leaders of tomorrow.

New management skills and decision-making tools will play an integral role, she notes. How many CEOs know what an environmental profit-and-loss report is, for instance, let alone how to interpret one? Which of the current crop of CEOs can intelligently discuss the strategic implications for their companies of “blended finance”, “stranded assets” or “scope 3” (indirect) emissions?

Of course, new knowledge can always be taught. What’s more important, Dr Le Goulven argues, is a “change of mindsets”. Orienting a company to meet the needs of society, and not just the interests of shareholders, cannot be done as an add-on to the main job; it is the main job.

As she says: “For the 21st-century CEO, sustainability should not be an afterthought, but rather a central consideration in the value-chain creation of their company.”

Such models are beginning to solidify, he adds. The idea of stakeholder capitalism is not new, after all. Indeed, notions of “triple bottom line” (economic, social and environmental) management have been floating around for more than two decades. What’s changed is the urgency of the societal and planetary issues at hand.

Is the future CEO more emotional?

As important as management toolkits and strategy techniques are, the journey for the future CEO starts with both head and heart.

The first requirement for any business leader is to accept that the current system isn’t working, Mr Coen Gilbert told 600 European CEOs and senior executives at B Corps’ annual summit in Amsterdam. “If you don’t believe the system is broken, then there is no reason to change,” he reasoned.

Should such a mind-shift occur, the implications for the future CEO are profound. For one, expect business leadership to become more personal. Business leaders can’t fake concern. To engage authentically with the issues preoccupying their consumers, clients and staff, some level of emotional connection is essential.

This doesn’t mean becoming touchy-feely. Running a corporation remains a hard-nosed affair, with profitability still a vital, if no longer solitary, requirement. It’s more a question of sensitisation and being willing to give up the air-tight cocoon of the boardroom, for example, or to listen seriously to critics.

Should CEOs be politically engaged?

Another implication centres on politics. Business does not act in isolation. Companies form part of a publicly agreed ecosystem, with rules and boundaries set by policymakers and legislators. If this ecosystem is broken or in need of change, it follows that political action is required.

As Ryan Gellert, Europe, Middle East and Africa general manager for the outdoor apparel brand Patagonia, puts it: “It’s no longer enough to fund activism. We now have a real responsibility to wade in ourselves.”

It’s a message he takes direct from his boss, Patagonia founder Yvon Chouinard, who last year declared his company would donate to environmental charities the $10 million it saved in corporate tax breaks introduced by US President Donald Trump. The move followed Mr Chouinard’s decision to sue the Trump administration for reducing the size of two protected land areas in Utah.

And it’s not just maverick CEOs who are following his lead. Earlier this year, the bosses of 13 major multinational companies put their names to a cross-sector coalition calling on the US government to mandate a robust price on carbon emissions. Signatories of the CEO Climate Dialogue count the leaders of US bank Citi and, perhaps most surprisingly of all, oil giants Shell and BP.

Opposition is a given

A final implication relates to push-back. Opposition to change is inevitable. No sooner had the Business Roundtable released its recent statement, for example, than the influential Council of Institutional Investors slammed it for undercutting “managerial accountability to shareholders”.

All of which suggests that the future CEO will need the courage of their convictions. Precedents exist. Douglas Lamont, CEO of UK beverage firm Innocent Drinks, points to trailblazers like ex-Unilever boss Paul Polman and Danone’s current CEO Emmanuel Faber.

“As a CEO, you are very visible and the choices you make are very visible. So the real heroes of this movement are those who took a visible right turn and started doing things in a different way,” says Mr Lamont.

Good CEOs always have one eye on the future. The smartest know that the days of shareholder primacy are ending. But it’s the bravest who are stepping out and pointing the way forward.