Automated trading is leading to a more efficient stock market. But how is greater market efficiency impacting volatility, and how is this affecting the way the stock market functions? 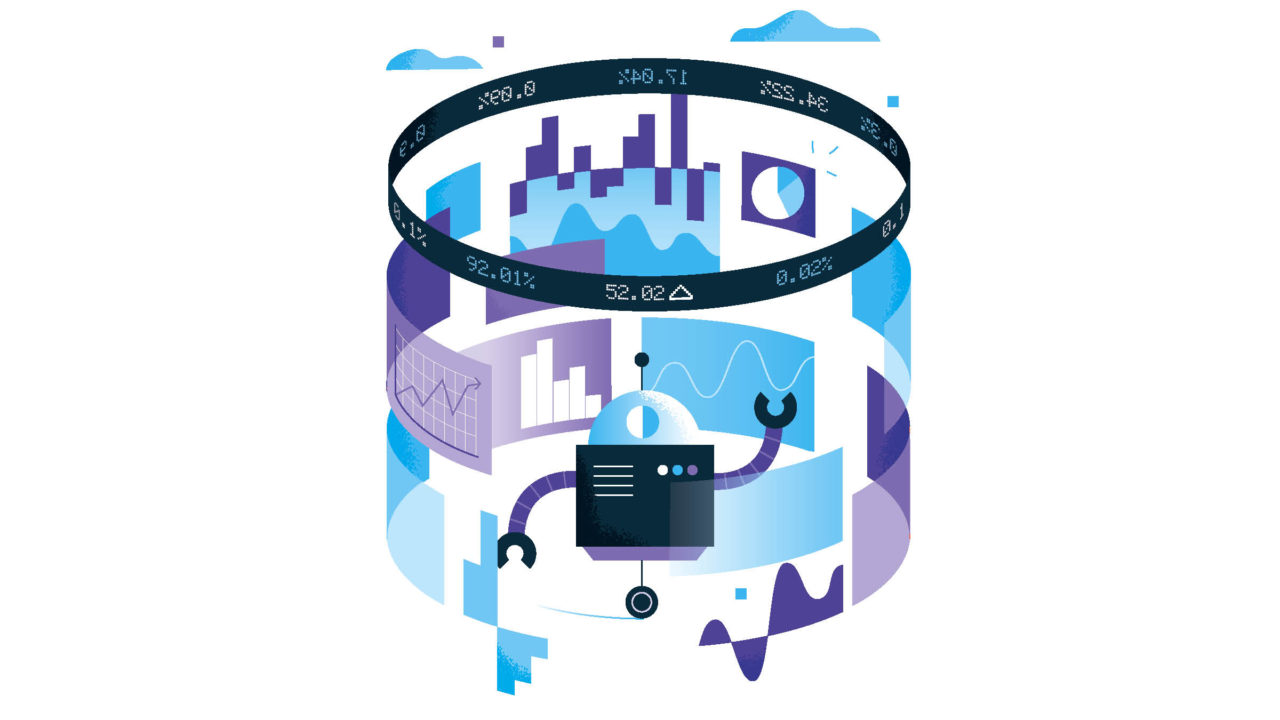 For years, machines have been executing buy and sell orders on equities. But as computers are given more responsibility for defining investment strategies, calculating company values and running portfolios, could automated trading be changing the very dynamics of the stock market?

It is thought that 80 to 90 per cent of stock market trades on Wall Street are already executed by machines without human intervention, which are pre-programmed to carry out orders and account for factors such as price, time and volume.

“The future is upon us,” claims Alex Brown, head of product for principal trading at trading platform Itiviti, who says that automated trading has become “so ubiquitous in today’s markets”.

There are a number of reasons behind this widespread adoption, he explains, such as alpha generation, increased efficiency and the reduction of implicit execution costs. Meanwhile, MiFID II regulations mean firms now need to prove they are getting the best execution on a trade, such as costs, speed and likelihood of execution, to better protect investors.

“With the complex and fragmented nature of equity markets, machines have the edge when it comes to processing vast data in order to decide when, where and how to execute orders,” Mr Brown says.

Calculating what stocks are worth

However, when it comes to automated strategy and investment decisions, we’re not quite there yet. It is estimated that hedge funds that use artificial intelligence in decision-making only manage around 1 to 2 per cent of the market, according to Jonathan Garforth, a partner at Dentons.

He says, however, that algorithms are already being adapted to process other forms of financial data, including corporate fundamentals such as earnings and profitability, technical stock patterns, market sentiment and macro variables, such as inflation or unemployment.

“As fundamental information dissemination improves, more trades are likely to incorporate value-motivated investing styles into their trading. In other words, identifying and buying growth stocks at a good price,” Mr Brown says.

In more manual days, changes in the supply and demand for a stock might take minutes or even hours to feed through to a change in market prices and activity. Today, however, it is immediate.

Chris Jackson, global head of equities strategy at institutional trading network Liquidnet, explains: “On the one hand, this means a stock’s price at any point in time is likely a more accurate representation of its fair value, based on current supply and demand. But a fair question to ask is, what comprises a stock’s fair value? Is it fundamentals like earnings and costs, or is it the short-term market demand for the stock?”

While these tend to converge in the long term, in the short term they may diverge significantly. For example, a flash crash in August 2015 saw 765 stocks in the Russell 3000 US market index plunge more than 10 per cent within 15 minutes as automated trading algorithms ‘followed the herd’ to trade shares downwards based on market signals. The market recovered later that day.

The explosion of big data

Nevertheless, with the help of AI and the explosion of big data, finding a stock’s fair value could get a whole lot easier as the number and nature of data sources have multiplied. “If you know where to look, you can get insight on a company’s state of health by scraping the web for the number of job postings they’ve published, or analysing satellite images of retailer car parks to estimate footfall,” Mr Jackson says.

For example, Prattle, a Missouri-based sentiment analysis company acquired by Liquidnet earlier this year, uses natural language processing techniques to model changes in language, sentiment and tone of voice in companies’ public earnings calls to give an enhanced perspective on value.

“The investment process has always been about building ‘a mosaic’ of multiple data points to discern value. With the explosion of data, building that mosaic has become substantially more complex with the rewards for mastering that complexity significant,” Mr Jackson says.

How this all affects the overall long-term outlook for volatility, however, remains a contentious issue. If investors are able to more accurately value stocks, therefore ensuring they never over or underpay, how will this affect traditional market dynamics? Does this lead to reduced volatility, and will this mean less pronounced market swings and therefore lower returns?

Imran Lakha, senior advisor at Vanguard Capital and founder of financial markets training company Options Insight, says the impact of algorithmic traders executing orders on stock markets “seems to be a dampening of general intraday volatility, but there is potential for larger gaps around significant news announcements, as much of the market depth is removed simultaneously by algos behaving in similar ways around events.”

Algorithms can withdraw liquidity far quicker than humans, so the potential for flash crashes still remains. But as AI analyses past behaviour to make buy and sell decisions, it could be taught eventually to avoid anything that leads to major market swings, says Dentons’ Mr Garforth. “This is helped by the fact that AI can make market adjustments in small steps and remains emotionless instead of over or under reacting to changes in the market,” he says.

But less volatility doesn’t necessarily imply less risk, says Mr Lakha. “The shape of the distribution seems to be changing, with fatter tails or more kurtosis.” He explains that the frequency of smaller moves on the S&P 500 for example may have increased, “but a 4 per cent move may be almost as likely as a 2 per cent move”. He continues: “This has gradually been priced into the implied volatility surface of S&P 500 options with convexity trading at a premium as volatility gets lower.”

Mike Horan, head of outsourced trading at Pershing, a BNY Mellon company, predicts that as volatility reduces, returns will be “pedestrian, but secure”, with investors leaning towards blue chip stocks for comfort, as opposed to smaller companies. “Opportunities for growth where risk is higher will remain in the less liquid stocks as per today, but to invest in these stocks will be at a premium with boutique wealth managers, with proven research capabilities,” he says.

As far as investment strategies are concerned, firms are not quite ready to let the machines do everything, says Liquidnet’s Mr Jackson. “Our clients are some of the largest pension and insurance funds in the world and whilst they have become heavily reliant on algorithmic trading techniques to automate parts of the trading process, the order to buy or sell a stock still goes through multiple checks and validations, many of them human, before any form of automation is employed,” he says.

Despite the arrival and explosion of automated trading activity, some things will never change, at least not in the short term, as the events that drive stock price volatility still remain.

Mr Jackson says: “Changes in new data sets read and translated by algorithms will potentially give an investor an earlier picture of the evolving conditions that will ultimately drive a change in price, but won’t necessarily alter the nature and extent of the move itself.”