Deep within the world of finance, primeval data-sniffing creatures are growing and evolving. Great wafts of data are drifting from your mobile phone. Every digital action sends a cloud of information out across the network. You are leaking data and, in finance, these signals can form a useful picture of market activity.

“Two laptop computers are occupying an entire floor which used to be full of traders,” says Bartt Charles Kellermann, chief executive of hedge fund consulting firm Global Capital Acquisition. “That trend is accelerating, the sophistication of these machines is increasing and investors see the writing on the wall.

This does not mean that people are out of the picture. Behind every good trading system is a good data scientist. Being data literate, data scientists understand what particular data does and does not represent. They have to find the right datasets, check it for quality and then build a model that reflects the reality of the market.

If data is a constant flow of rich information, it can be the equivalent of a satnav in negotiating the market

In its recent paper, Big Data and AI Strategies: Machine-Learning and Alternative Data Approach to Investing, investment bank J.P. Morgan noted that new datasets are often larger in volume, with greater velocity and variability compared with traditional datasets such as daily stock prices.

If data is a constant flow of rich information, it can be the equivalent of a satnav in negotiating the market. Yet in many cases, that data is more akin to the cat’s eyes in the road, with a sparse and unreliable distribution, not complete enough to base a decision on.

In those instances, firms may need to go out and search for data sources that can be used to piece a more complete picture together. AXA Investment Managers has done just that, developing its own tools in-house to support traders and clients, by aggregating fixed-income market data.

Paul Squires, global head of trading and securities financing at AXA Investment Managers, says: “We wanted to create an environment where the data that our trading counterparts provided us was made meaningful beyond the normal market interaction. We wanted to incentivise them to give us data that we would then respond to, to cultivate a better dialogue.” 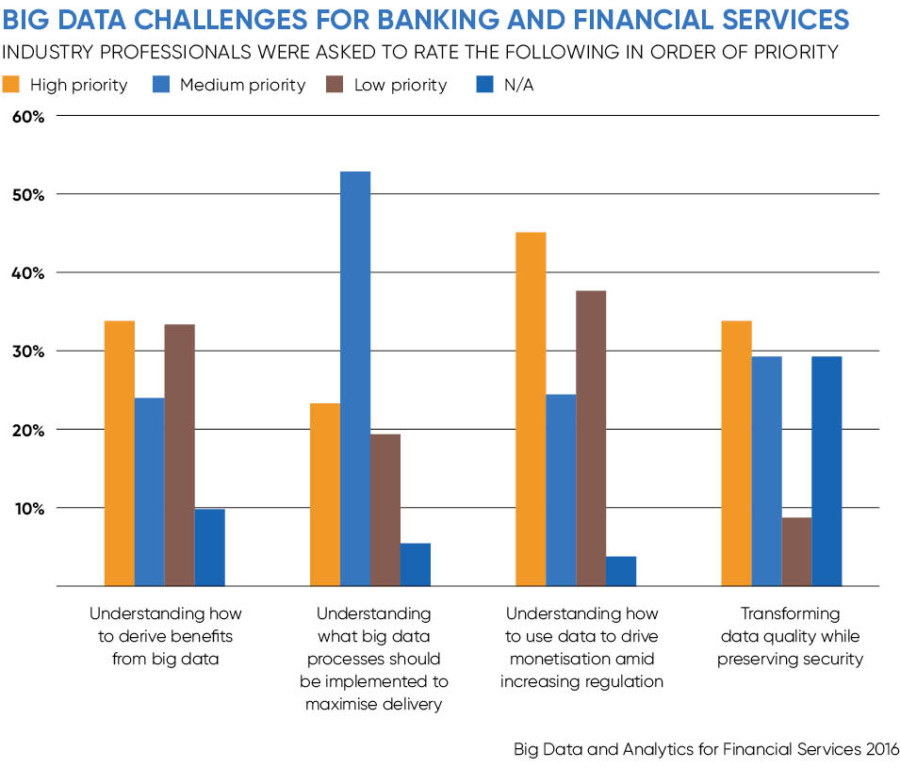 Currencies and many stocks trade frequently, but bonds trade more infrequently, making it harder to find accurate price information, and where they can be sourced or sold. Combining the use of multiple data sources with human trading skills can provide a real advantage in trading at the right price and executing a deal optimally.

“Data is a key differentiator in your ability to trade a bond at the right level, but if you were only looking at the data, you would hit a lot of problems,” says Mr Squires. “Frankly there is no price discovery until you ask a counterpart to make you a price, so having a pre-trade picture of where a price should be is only part of the price discovery process. Picking up the phone and getting a firm price to trade at is another.”

There are also limits to existing datasets as Mr Squires notes that any market stress situation can make data meaningless. “For bonds, in particular, if you have, for example, five million to sell and no one wants to buy them, there is no price – it’s as simple as that,” he says.

Data is not only a technology play, although investing in the technology to analyse it is fundamental. Whether a retail bank, an investment bank or a fund manager, firms that excel are able to embed the idea of data as an asset in their business. This ensures data is constantly sought and gathered in such a way that it retains its value. 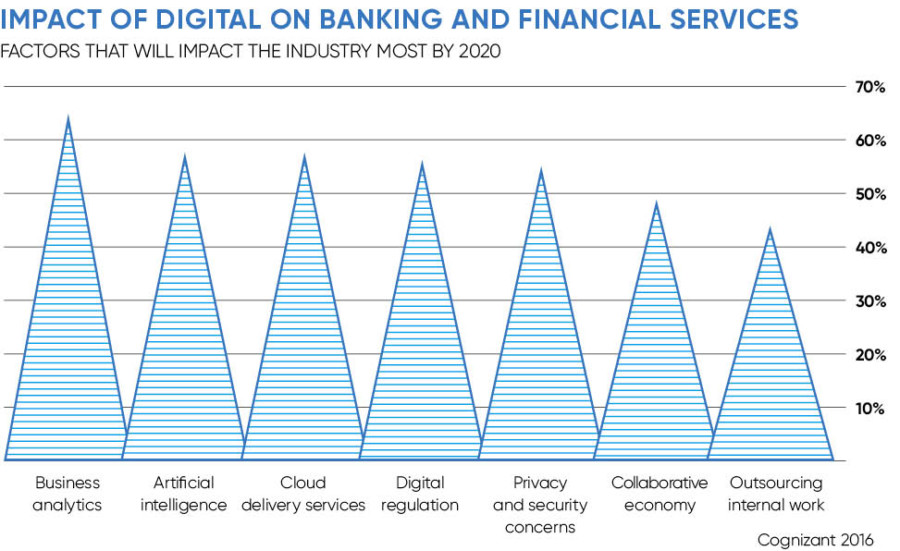 “It is less a technical issue and definitely more a cultural issue,” says Matthias Kröner, co-founder and chief executive of German digital bank Fidor. “It’s a matter of attitude what you want to do it with it. I can use data in the sense of managing people on the one hand, but on the other, I can use it so my customers can access data easily and get the outcome of data algorithms easily in a way that is actually helpful for their financial life.”

As technology evolves, what can be considered useful data is changing. Analysis of graphics and written word as unstructured data, as opposed to the structured rows and columns of figures held in databases, is creating new opportunities. Satellite photography and Twitter feeds are all supporting trading ideas.

“It’s all about unstructured data; finding data, cleaning it, putting it into some kind of analytical framework from which the PhDs can then make heads or tails of,” says Mr Kellermann. “There is still some scepticism whether or not that really adds value; a lot of the social media data, people have two views on. Sentiment has an impact, but closer to an event. So this sort of data is a very sophisticated animal and you have to understand multiple dimensions of it to evaluate its true value.” 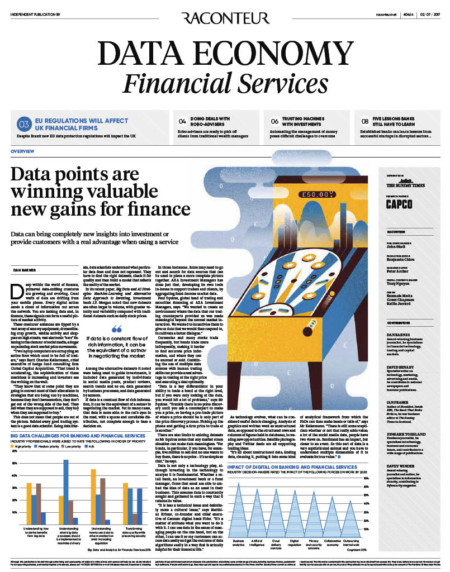