Over the last decade or so, every significant business has been paying close attention to what seems to be a game-changing asset for their industry – data.

For insurers, however, data has always been at the heart of what they do. Traditional actuarial underwriting, for example, has involved the analysis of data to get a better idea of risk-based pricing for many years.

What is new is that data has grown in volume, quality and accessibility, and there is now the ability to combine and analyse multiple data sources, which is giving insurers plenty to think about.

Richard Warner, chief operating officer and former chief information officer at LV=, says the combination of sources could include the merging of a fitness app, diabetes app, calorie-tracking app and a mindfulness app, for example, with the resulting data being used to create better customer insight for use by the business and consumer.

With more sophisticated technology comes the need for a more advanced skillset to exploit the tech to its full capability. This is why there is growing clamour for data scientists within the insurance industry.

“We’ve always had data scientists; they’ve been called actuaries and they’ve had tried-and-tested models for many years. But with the rise of big data, artificial intelligence and machine-learning, people are understanding that we can combine multiple data sources of our own, as well as external data, and better target specific cases or niches, and get better insight, whether it is for pricing or countering fraud,” says Mr Warner.

He explains that weeding out any cases of fraud at any point in the timeline can help to drive prices down in the market. In 2016, insurers detected 125,000 dishonest insurance claims valued at £1.3 billion, but the real number is likely to be far higher and is resulting in higher premiums for customers.

Another way that data science can help insurers is to provide better advice to customers by combining data sources. Data scientists have statistical, mathematical, programming and data-mining knowledge that enables them to get the most out of a company’s data.

According to Camille Haddjeri, business manager at recruitment company Montreal Associates, the insurance sector needs data scientists for a number of reasons, including applying machine-learning and predicting customer patterns.

“It’s a complicated industry that becomes more data led as time goes on. Insurance is a service which needs to be customised and personalised based on different factors, and deep-learning and machine-learning are helping with this,” she says. “That’s why data scientists can command a far higher salary within this sector because they know their roles are crucial and have a direct impact on profitability for their employers.”

According to her estimates, a data scientist in insurance could expect a salary of up to £120,000, depending on seniority, responsibilities and technical knowledge.

But it is the combined role of a data scientist and insurance underwriter that would earn the highest pay package. In fact, with such a high demand for these skills, Ms Haddjeri believes that specialists possessing the required skills can effectively name their price.

“The more effective the algorithms these data scientists develop and the more their skills are honed, the higher their earning potential,” adds Steve Preston, managing director at Heat Recruitment. 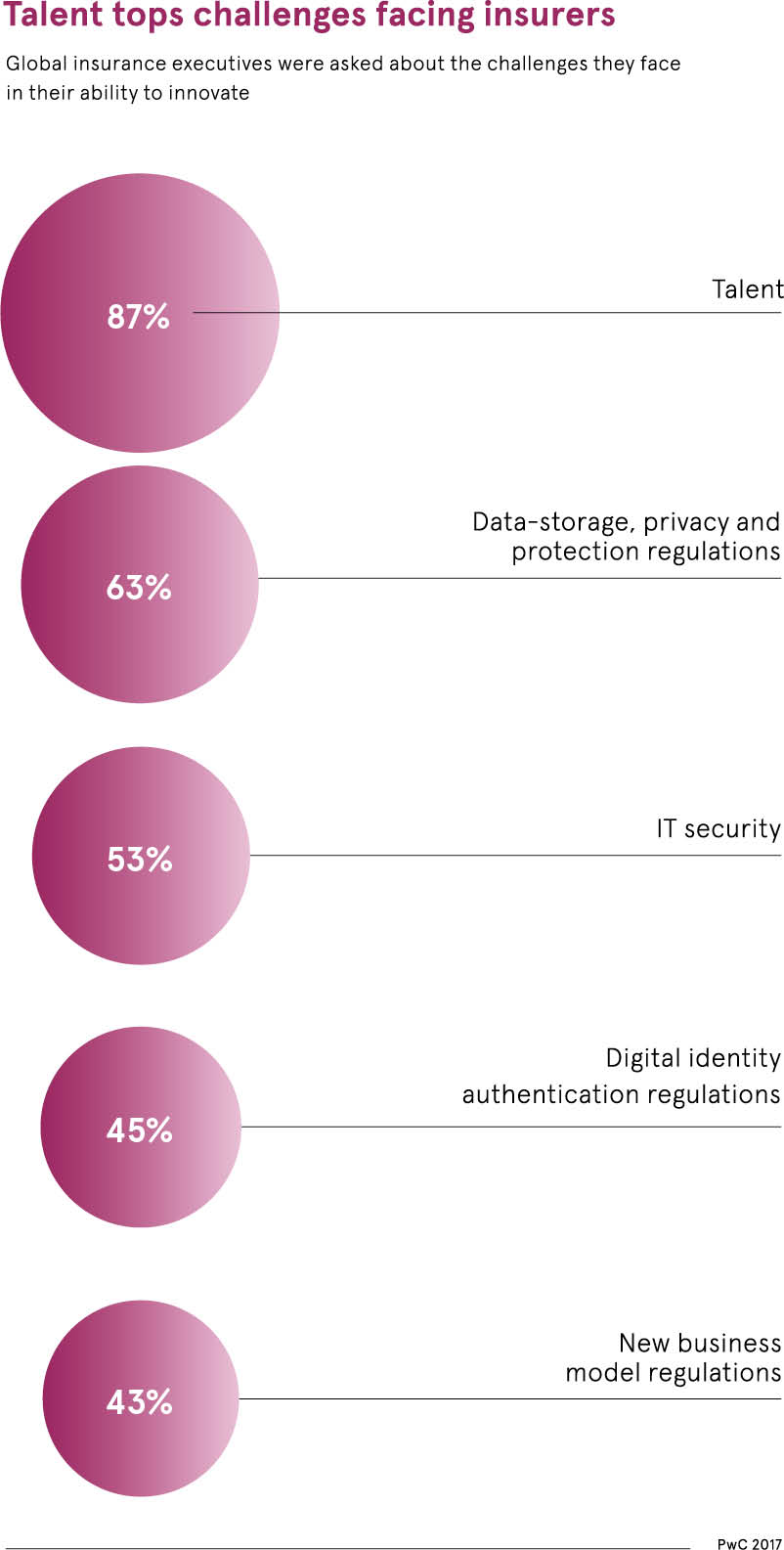 The highly sought-after hybrid data scientist-underwriter is so rare they are referred to in recruitment as “purple squirrels”.

“This means they’re out there, but they’re very hard to find,” says Ms Haddjeri. “As data science and big data are such new disciplines, there are people in the pipeline learning these skills for the future. However, today you’re far more likely to find a data scientist and train them in the requirements of the insurance industry.”

Steve Wilcockson, financial services industry lead at MathWorks, a mathematical modelling software company, believes the best alternative to finding a data scientist is to put the data science tools into the hands of insurance experts.

“Mathematically inclined actuaries and their IT project partners already possess core analysis skills – knowledge of matrix algebra, regression and classification methods, probabilistic modelling and parameter estimation on the numerical side, and data format interfaces, reporting and price delivery on the IT side,” he says.

This is the approach that LV= is taking, with Mr Warner claiming the insurer requires a cultural change among actuaries. “What we’ve been trying to do is introduce them slowly to tools and technologies – almost leaving the tool beside them and saying ‘you might want to play with that’ – and take them on a little bit of a cultural and change journey,” he says.

“They’ve come back and realised there’s some interesting things they can do with these tools and now they’re very much converts, particularly as it has been shown to improve our pricing and fraud detection capabilities, and therefore benefit our customers.”

Some insurers may look at off-the-shelf products or algorithms they can deploy that would do away with the need for data scientists. But Xavier Fernandes, director at financial analytics company Metapraxis, cautions that algorithms need to be policed to ensure there are no in-built biases.

“There have been recent reports of unpoliced algorithms having in-built biases against certain minority groups when pricing car and home insurance policies, which can easily bring reputational risk to an insurer,” he says. “Firms need to be able to trust the outputs of their algorithms and have the data literacy to use them effectively, if this technology is to succeed.”

Therefore, the answer seems to be an in-house data scientist, or ideally a data scientist-underwriter, to head up and direct a team.

“We’ll see a hybrid specialist leading and retraining underwriters, and acting as a link between the data science department and senior stakeholders,” says Ms Haddjeri.

How quickly companies can adapt and ensure data science is a part of their organisation will determine how competitive they’re likely to be in the years to come. The hunt for purple squirrels is on.