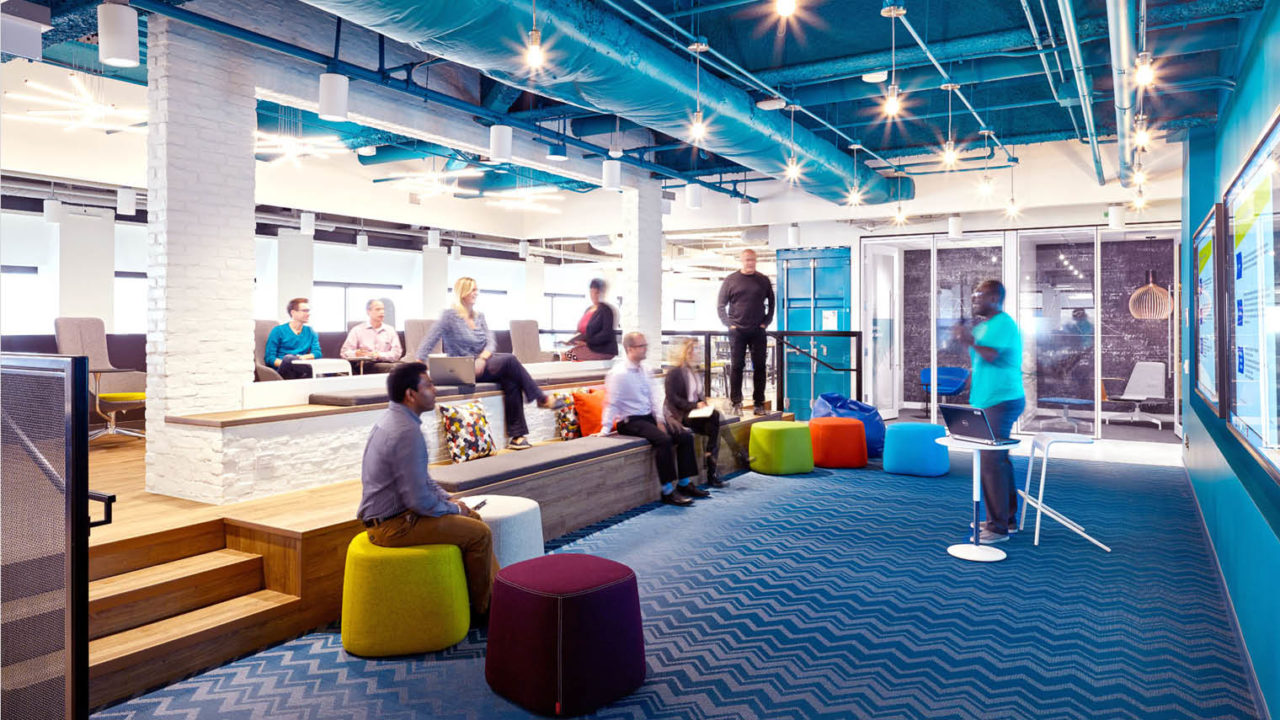 Personal insurance companies are behind the curve of digital transformation, according to consultancy Altus. A typical consequence is that customers are still met with “bloated” question sets, often asking for unnecessary information, which puts them off.

Altus says some insurers are making rapid technological progress, spurred on by comparison sites and other disruptors. Others are not and there is a huge divide between the two. 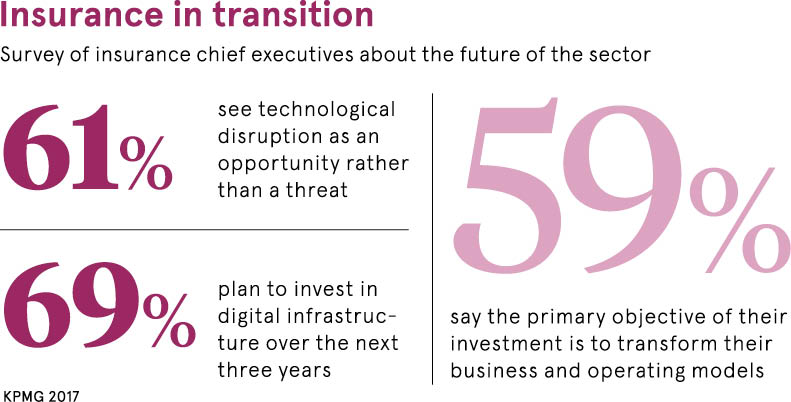 One reason that insurance lags other industries is its heavy reliance of legacy systems for existing business. According to consultants KPMG, these systems block transformation as they cannot provide the rich functionality that consumers now demand or harness the full value of data so essential to modern business.

Will Pritchett, head of technology, insurance and investment management at KPMG, says: “Insurance organisations want to transform, digitise and become customer centric. They have started by removing much of the physical data that used up office space. The most progressive are also now looking to move off legacy mainframes to the cloud.

“The challenge is they have so much history and such complexity in some products that they cannot move as quickly as startups or banks, for example.”

Mark Andrews, domain director at Altus, says large commercial insurers are even further behind; they are still heavily reliant on face-to-face and paper documents. But the personal sector is changing faster.

“Price-comparison websites have forced personal insurers towards online and digital solutions, and most of the top 20 insurers have implemented big legacy transformation projects on claims platforms and administration and billing systems,” he says. “But they tend to keep the old systems and build a layer on top, which is what holds them back, far behind other industries.”

Also insurers operate tiny margins, so not all have large budgets for new technology. And continued profits from existing business on legacy systems means they do not want to disturb those customers.

Furthermore, complex technology projects can be risky, says Mr Andrews. “Pitfalls include trying to do too much too quickly, changing senior management who have different ideas and lack of clarity about what the software houses offer.”

Many therefore opt for compromise measures such as application programming interfaces (APIs) that link old and new systems, and cause less disruption.

Transformation is increasingly pivotal in defending against disruption

But transformation is increasingly pivotal in defending against disruption. According to a report from Altus, a compromise strategy such as APIs can mask the complexity of legacy technology from the consumer. “But such systems become more bloated over time creating layers of complexity that mask horrors underneath, and the long-term economics will not add up,” it says.

“These challenges manifest in expense ratios [expenses divided by net premiums]. For most established insurers, this is between 25 and 35 per cent. New players, like Admiral and Tryg, operate at around 15 per cent, and new US insurer Lemonade aims for under 10 per cent.”

Billions of pounds are being invested worldwide in insuretech by companies new and old. Examples include Vitality Insurance, which uses long-distance data to reward customers for good health, for example by measuring physical activity on wearables rather than penalising ill health.

Legal & General’s SmartQuote and Aviva’s “get a quote, not a quiz” campaign are examples of large insurers using insuretech to simplify the quote process.

“These all follow the lead of banking tech in simplifying customer journeys and improving choice,” says Mr Andrews. “But for big companies, it involves in-depth analysis of complicated existing systems, whether they are fit for purpose or not, and how to transform them to enable these exciting new things. More top 20 companies will therefore partner with startups rather than do it themselves.”

Mr Pritchett says leading insurers are now getting serious about innovations such as big data, artificial intelligence and blockchain, a system that allows information to be distributed but not copied. But this requires transforming into technology organisations that deliver insurance solutions, with different operating models and different talent.

“They have also learnt, from banking tech, the value of adopting app-based technology and interacting with customers in different ways, such as through Alexa, and long-distance information that monitors driving behaviours,” he says. “The next challenge will be combining multiple products – insurance, banking and asset management – digitally, accessing customer data across applications and keeping it in one place.”

Tom Crawford, chief executive of Aptitude Software, says another reason for slow transformation in insurance has been the many large mergers and acquisitions between companies, which has distracted them from implementing new systems.

“Also the industry is heavily regulated, which means many insurers can’t just toss aside legacy processes,” he says. “But new technologies can extend the capabilities of current systems. Our insurance customers want to control data, and gain the flexibility to create new products and pricing, while maintaining their current systems.”

Adrian Coupland, customer director of technology firm SSP, agrees that transformation is pivotal in enabling speedy development of innovative products. He points out that the regulator introduced transparency rules on insurance renewals a year ago and since then 1.4 million more home and motor insurance customers have shopped around. But legacy systems cannot support the necessary speed of response.

“The more data volumes soar, the more important it is to have systems that can consume and integrate the data to achieve these goals,” he says.

Larger insurers have the advantage of scale, however. As the Altus report says: “Firms like Aviva have developed internal digital capabilities, while others have sought partnerships with startups, such as between Munich Re and Wrisk. Such partnerships will keep growing.”