When the Oxford English Dictionary announced in 2016 that fintech was officially a word, it signalled the future of payments was finally here.

While innovation has always happened in the payments sector, it had suddenly become mainstream.

There has certainly been a very public revolution in payment methods in the years since the mid-noughties, when the UK was introduced to chip and PIN.

Chip and PIN became a huge success story for the payments industry. In the ten years after it was introduced in 2004, annual counterfeit card fraud losses fell by £81.9 million. Three years later came another revolution in the form of contactless cards, where the process was made even easier by removing the need for customers to enter a PIN.

Technologies such as chip and PIN and contactless come under the umbrella of EMV cards, the initials referring to the founding members – Europay, Mastercard and Visa – of the organisation that defines the standards which have underpinned this revolution.

Much of the rationale for the introduction of EMV cards was to reduce fraud. So has it worked?

Certainly, initially fraud from counterfeit and lost and stolen cards fell. But the incidence of fraud on lost and stolen cards has increased dramatically since. In 2012, the number of accounts defrauded was 113,162; in 2017, this figure was 350,066, according to UK Finance, the trade association for the finance and banking industry.

The growth in fraud may be down to problems with the EMV protocols themselves. In 2010, researchers at the University of Cambridge demonstrated a so-called man-in-the-middle attack which showed how someone could use a genuine card to make a payment without knowing the card’s PIN.

TfL is a shining example what innovation in payments can do

Yet this headline figure does not tell the whole story. UK Finance says that while the number of accounts being targeted has grown, losses have actually fallen by 4 per cent.

Payment innovation has brought benefits through lower fraud and, more importantly, customer satisfaction. Customers love the ease with which payments can now be made; London’s transport network is a good example of this.

Transport for London (TfL) launched the prepaid Oyster card in 2003 to replace printed tickets, but the launch of contactless cards presented a new opportunity. In 2014, TfL enabled  commuters to use contactless and by last summer more than two million journeys were being made using contactless every day.

“In TfL you have a large organisation that had key benefits they were looking for – reducing the cost of carrying cash in the ecosystem and the way that cash created queues. They realised that by creating a better customer experience they could deliver the benefits they wanted,” says Jonathan Vaux, executive director of innovation partnerships at Visa in Europe, which was involved in the project with Barclays.

Despite the UK’s love affair with EMV payments, there are wide international differences in adoption. In western Europe, the figure is 84.4 per cent; in the United States it is now 58.5 per cent. In terms of transactions, almost two thirds of card-present transactions globally are made using EMV cards. 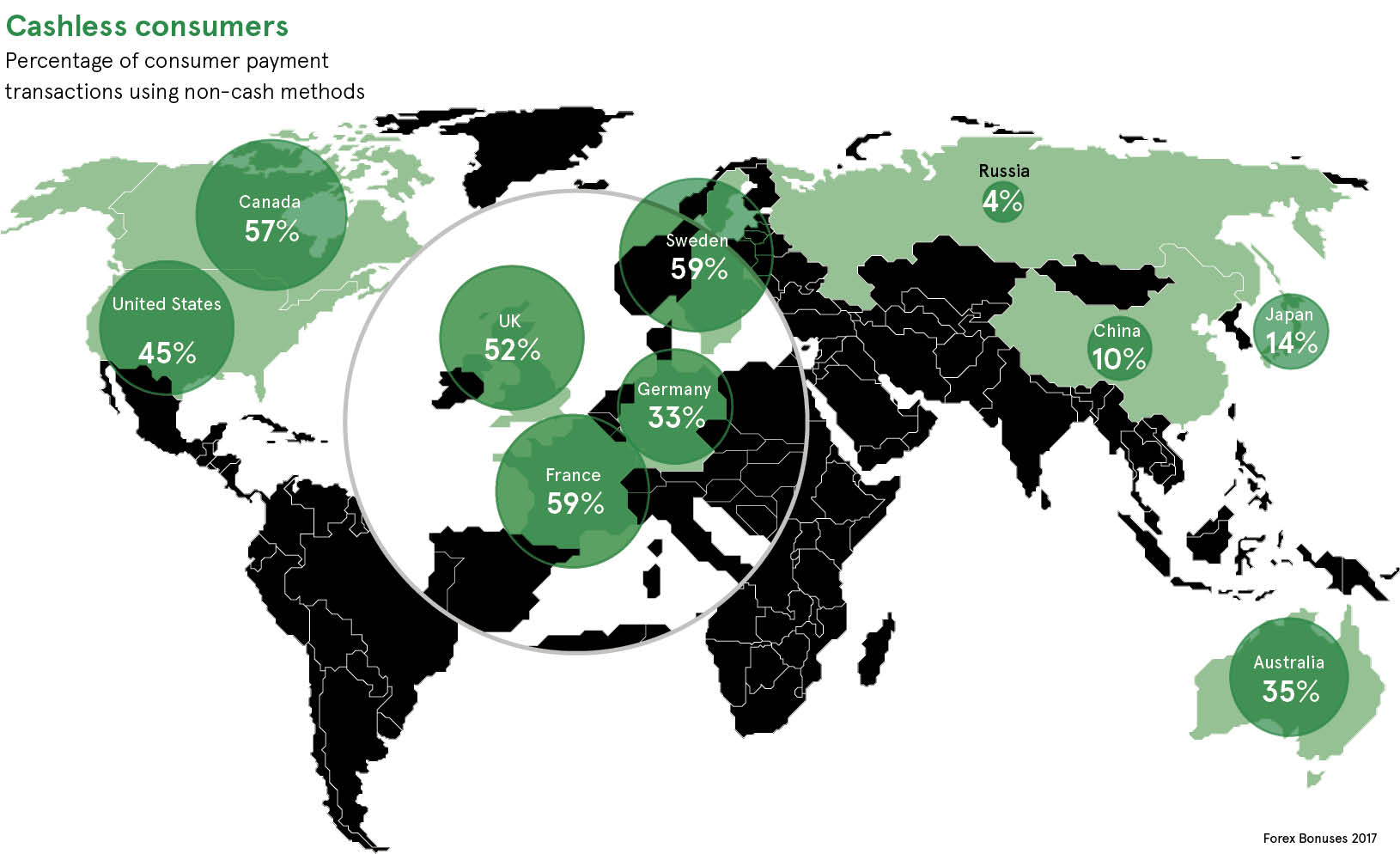 Innovation in payments can lead to greater spend

These differences have a number of causes. “It may be due to consumer behaviour or the margins in different markets. For example, in Europe margins are such that managing fraud carefully is really important. Other markets have different risk appetites,” says Mr Vaux.

TfL has benefited from fewer queues and the ability to introduce innovative products, but other businesses also have potential to benefit from payment innovation.

Psychologists have shown that people spend more when transactions do not involve physical cash. Dr Priya Raghubir of New York University says: “Less transparent payment forms tend to be treated like ‘play money’ and are hence more easily spent or parted with.”

Many music festivals have taken advantage of this and use RFID (radio-frequency identification) wristbands for payments, increasing visitor spend by up to 30 per cent. Disney and Universal have also successfully introduced wristbands.

One fintech company wanting to innovate is Starling Bank, which is offering real-time payments to individuals and businesses.

Julian Sawyer, the bank’s chief operating officer, says: “Payments have been owned, managed and delivered by a few big banks that haven’t brought much innovation into the market.”

Real-time, frictionless payments have the potential to change things. “If you can pay your staff or your suppliers quickly, people are probably going to say they prefer working with you,” says Mr Sawyer.

Starling is also innovating with the idea of banking as a service. “Why is it only a few banks and a few large corporates who have access to payments? You can create a banking product that is regulated and you can have access to payment, but we can give other people the job of acquisition and the customer experience. A university could create an account for each student with an account number and sort code,” he says.

Mr Sawyer also sees advantages in just-in-time manufacturing settings, such as at a carmaker where everything arrives just before it is needed. Payment can flow in the same just-in-time way, keeping the supply chain alive.

Payments innovation is a process of trial and error

How can you bet on the right technology? “We start by recognising that not everything is going to be successful. It is a process of trial and error, and that nothing will turn out exactly as planned, but working with the payments ecosystem to be flexible and adapt,” says Visa Europe’s Mr Vaux.

One of the barriers for new payments innovation is regulation, particularly in Europe. Mr Vaux says: “The ability to satisfy regulator demands, while moving at the pace of the fintech community, has always been a challenge; the speed of technological changes is so rapid.”

Fintech’s rapidity means the future is an exciting one.