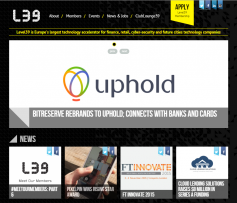 The buzz around the UK’s burgeoning financial technology scene, estimated to be worth £20 billion in annual revenues, has increased in volume at the start of 2015.

In January, the Canary Wharf Group, responsible for creating London’s iconic 97-acre financial district, announced it would be opening a third dedicated space for tech startups as part of its Level39 initiative.

It came just days after a similar announcement from consultancy group Accenture which said it would be running its FinTech Innovation Lab programme for a third time in 2015. The programme gives chosen startups access to venture capitalists and angel investors for 12 weeks to get a better idea of how their innovations can make money.

The two announcements are further evidence, if it were needed, that established companies see huge potential in the UK financial technology (fintech) sector. Figures from UK Trade & Investment estimate that the total amount invested in fintech companies in the UK was more than £342 million in 2014.

The reason is simple, according to Dan Ridsdale, technology analyst at Edison Investment Research. “The close proximity of the London cluster of fintech companies with the investment community naturally creates a strong gravitational pull for investment” he says. “For some, the regulatory environment is also more attractive than the United States, for example, where regulation changes from state to state.”

Mr Ridsdale believes that the weight of incoming investment from the venture capital community is one of the biggest indicators that London is winning the battle for fintech supremacy globally.

He adds: “The key challenge for London will be to nurture more fintech companies through the startup phase, and to provide the funding environment for them to progress to IPO [initial public offering] and then global leadership.”

His comments are a challenge recognised by the fintech community. The sector’s trade group, Innovate Finance, is offering advice on fintech funding and how companies can successfully transition from “bootstrap to IPO”.

The excitement around the sector isn’t limited to funding, however, as it is also witnessing an increasing number of acquisitions of smaller companies by large technology, telecoms and media companies.

Charlotte Walker-Osborn, partner and head of telecommunications, media and technology (TMT) at law firm Eversheds, says London can expect to see even more mergers and acquisitions in 2015 from TMT companies that have amassed large cash balances in recent years.

“Add-on companies, which complement their businesses and take them to the next level, will continue [to acquire] with speed, particularly in the areas of social media, cloud, mobile commerce and payment, as well as security,” she says. “Traditional telecoms, media and tech companies will continue to become companies which offer all three areas, as true convergence becomes fully realised.”

Financial services institutions have been keen to take advantage of the explosion in fintech innovation in the capital.

In the lending community, alternative finance platforms and peer-to-peer lenders have created another investment and borrowing channel.

Andy Morgan, corporate finance partner at Grant Thornton UK, explains: “Financial institutions are using the fertile London fintech community to get flexibility into their business models and accelerate the speed with which they can bring new solutions to market or address their needs in operating infrastructure of compliance.

“Key areas of adoption have been in achieving improved client intelligence and analytics, and driving a more flexible and real-time enabled operating model. The Holy Grail of a truly customer-centric, agile solution that brings the benefits of straight-through processing and is transparently compliant is gradually coming into view across a number of segments of the industry.”

As witnessed in the previous two years, the focus on back and middle-office trading technology at banks and asset managers will continue in 2015, although some believe that fintech groups are likely to see greater interest elsewhere in the sector. 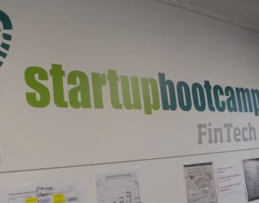 Edwina Johnson, chief operating officer at Startupbootcamp FinTech London, says: “Greater investment will lead to more confidence and an increased number of new fintech startups being developed, particularly around innovation of the back office, financial inclusion, the usage of blockchain for financial services, and a greater focus on security and identification.

“We will start to see greater transformation internally within financial institutions in order to become more agile, for example IT functions starting to become decentralised.”

Until relatively recently, asset managers had been willing to let the banks lead innovation on big data projects, particularly when it came to analytics. However, with both business types at a stage where they are beginning to see the value in such data trends, analysts believe this will be a growth area once again in 2015.

Eversheds partner Ms Walker-Osborn says: “Financial institutions, like any sensible company, have multi-faceted technology strategies with a stable of larger tech companies supporting them for core technology needs as well as a number of smaller tech businesses.

“Most tech companies are embracing selling tech products and services around the ever-popular big data area. However, the new stream of smaller startup and fast-growth companies can offer interesting add-ons and often have a real thirst for innovation in one or two areas of strength for them.”

Mr Ridsdale adds: “Big data analytics has been up and down the hype curve over the course of 2013 and 2014, but as trials mature, we expect to see financial institutions start to invest meaningful amounts into these projects. This is likely to be the start of a multi-year investment growth cycle.”