Potential social and economic benefits of financial inclusion in developing countries are huge, yet many obstacles remain on the path to a fully banked world 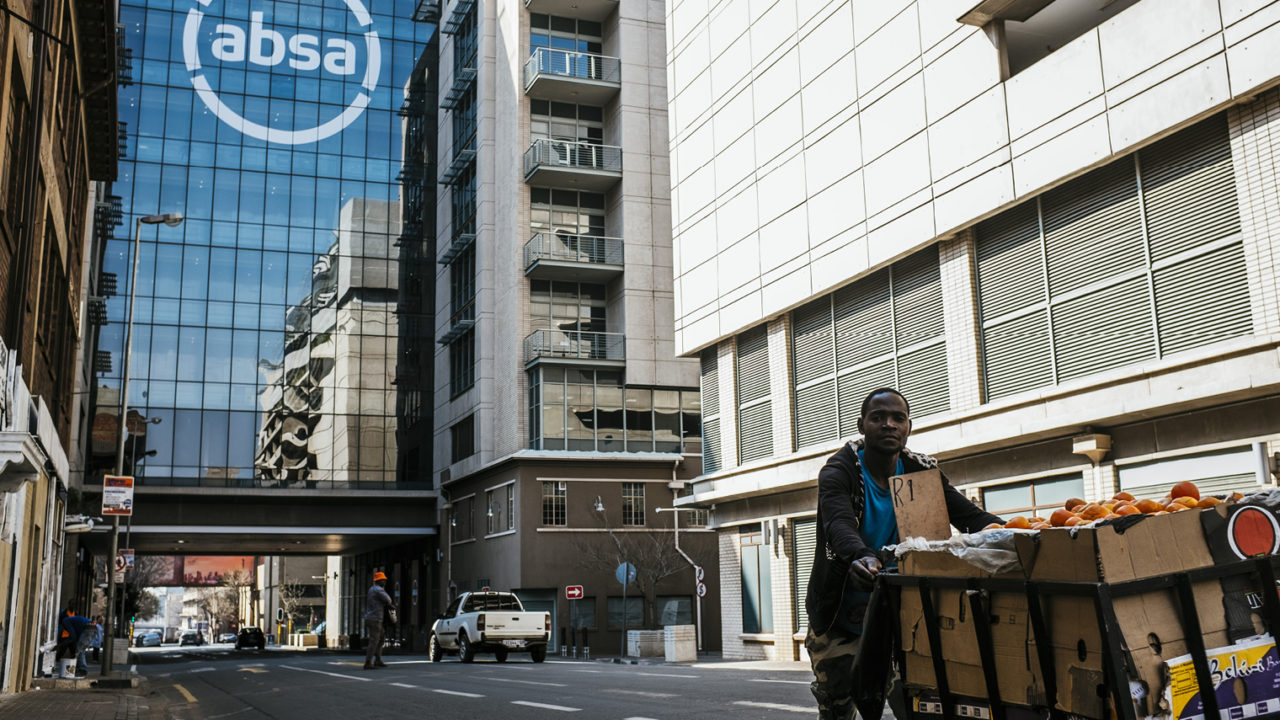 These days the 14 digits that comprise our bank account number and its sort code are almost as intrinsic to our identity as name and date of birth. Getting a job, renting a house, having an internet connection at home, in most of the developed world all these things would be nearly impossible without some sort of financial inclusion.

And yet today the unbanked population stands at a staggering 1.7 billion globally, according to data released by the World Bank. In the European Union alone, close to 40 million citizens don’t have a bank account. Among member states, only Denmark and Finland have 100 per cent of their populations fully included in the banking system. But, by and large, the unbanked reside in the global south.

You couldn’t put a branch out in a rural area and expect it to be profitable, given the amount of income that it would generate

“In the developing world there is an issue of absolute low incomes,” says Elisabeth Rhyne, managing director of the Center for Financial Inclusion at Accion, a US think tank based in Washington, which aims to foster financial inclusion in the developing world. “In regards to how much in deposits people would be providing, how large a credit they might want, these are below the threshold of feasibility for banks using traditional branch-based, teller-based models. So you couldn’t put a branch out in a rural area and expect it to be profitable, given the amount of income that it would generate.”

Some countries have already come up with innovative ways to bring about financial inclusion. In Kenya, for instance, M-Pesa uses a simple text message to allow people to send and receive cash, resulting in almost half of the country’s GDP now flowing through the system. Barclays’ ABSA Cellphone Banking service in Africa enables customers to use an app to open accounts, apply for loans and receive funds, without ever needing to step into a branch. Established players like Orange and Telefonica are trying to replicate that success in markets from Latin America to Southeast Asia.

Infrastructure and the credit system making formal financing a struggle 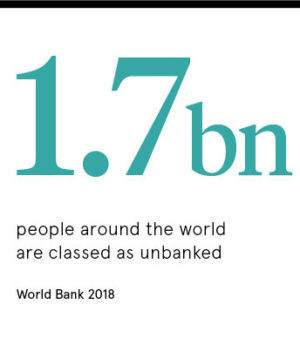 Infrastructure, however, remains a major problem, explains Imran Rasul, professor of economics at University College London. “A lack of infrastructure prevents many services reaching the rural poor, not just banking. However, more specific to banking is the fact that the poorest often lack forms of collateral – land or other assets – which many formal banks rely on to secure loans against.”

Most banks still rely on traditional forms of credit assessment. This is how it works: credit risk managers screen out a huge pool of unbanked individuals looking to access formal finance. These customers, often referred to as “thin file”, are rejected due to the lack of information on how risk tolerant or risk averse they are when it comes to money. One option may be to take out loans with absurd interest rates, but in not being able to pay back the interest, these citizens jeopardise their ability to receive formal finance in the future. It becomes a vicious circle.

Banks missing a trick by failing to prioritise the unbanked

But amid the chaos and difficulties banking in poorer countries represents, there’s still money to be made. By failing to reach the billions of people living outside the financial mainstream, banks are missing out on an estimated $380 billion in annual revenues. Furthermore, by giving people access to savings accounts and credit, middle classes in countries such as China, Brazil, Nigeria, India and Mexico could be expanded by the millions, strengthening the global economy in the process.

In comes fintech. By prioritising 24/7 access, fintechs offer services available via non-traditional channels, such as social media, empowering customers to a great extent. According to a report by PwC, by 2020 social media will be the primary medium to connect, engage, inform and understand customers, from the mass “social mind” to the minutiae of each and every individual, as well as the place where customers research and compare banks’ offerings.

When entering new markets, however, cultural factors matter. In some countries people still firmly hold on to the belief that keeping money at home is safer than keeping it in the bank. In 2016, India’s prime minister Narendra Modi suddenly announced the demonetisation of 500 and 1,000-rupee notes, a move that resulted in widespread panic as citizens rushed to banks to swap out their high-value notes for lower denominations, leading to many branches running out of money to give out in return. 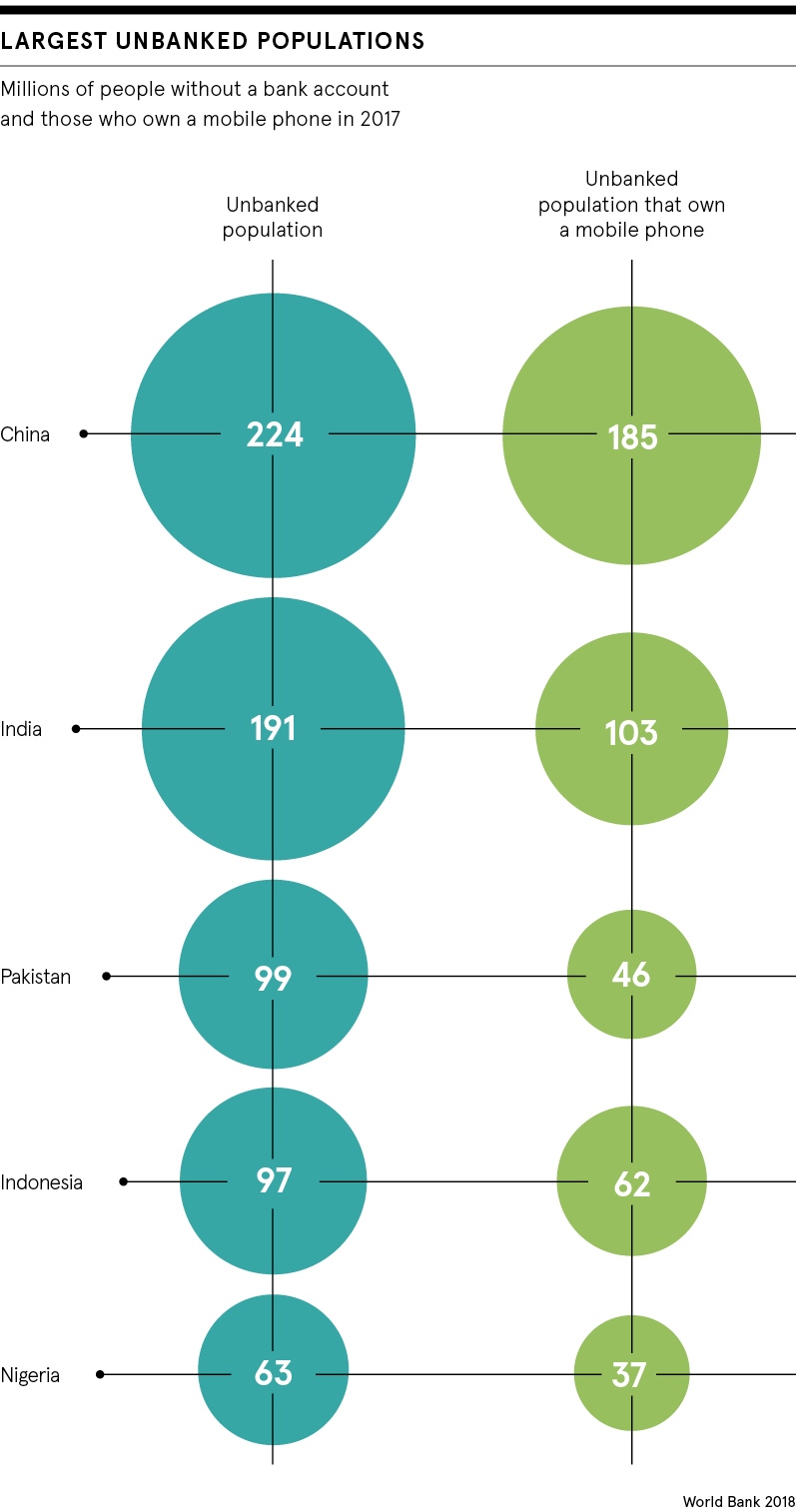 What banks in Latin America could learn from Finland

In Argentina, people still haven’t forgotten the 1998-2002 financial crisis, which caused many to lose their life savings. Today, many of the Argentinians, who lived through their country’s great depression, still prefer to keep their money at home and live outside the margins of the financial mainstream.

“In Latin America, in particular, ‘I don’t trust banks’ is one of the main reasons people give when asked why they don’t have a bank account,” says Ms Rhyne. “The whole legacy of hyperinflation throughout the continent means that people, very smartly, think ‘I want my money to go to work, to work for me, and if I put it in a bank it’s just going to sit there and gradually dwindle in value’.”

Central banks and governments have proven to be historically bad at promoting financial inclusion among marginalised communities. To address this, officials are increasingly issuing licences to third-party fintech companies, allowing them to work alongside central banks to plan and deploy an infrastructure which will support financial inclusion.

Take Finland’s example. For the past two years, the country’s immigration service has been handing out Mastercards to asylum seekers, who don’t have the necessary documentation to open a conventional bank account.

Developed by the Helsinki-based startup Moni, the card helps to address several problems specific to asylum seekers, according to Jouko Salonen, director of the Finnish Immigration Service. People can use their accounts to buy things, pay bills and even receive direct deposits from employers. Meanwhile, every transaction is recorded in a public, virtually incorruptible database maintained by a decentralised global network of computers. That enables the immigration service to keep track of the cardholders and their spending.

How millennials are bringing customer centricity to finance

Over the next decade, the average consumer profile will change dramatically as the baby-boomer generation ages and generations X and Y, and then Z, take over. The latter group, also known as millennials, born between 1980 and 2000, is bringing radical shifts to client demographics, behaviours and expectations. Their preference for a state-of-the-art customer experience, speed and convenience will further accelerate the adoption of fintech solutions.

Millennials seem to be bringing a higher degree of customer centricity to the entire financial system, a shift that is being crystallised in the DNA of fintech companies. While 53 per cent of financial institutions believe they are fully customer centric, this share exceeds 80 per cent for fintech firms, according to PwC.

While there is an unmet demand for formal savings instruments in parts of rural Africa, Southeast Asia and Latin America,  expanding access to existing formal institutions and the products they are currently offering, with policies that are centuries old, is unlikely to be enough to broaden financial inclusion and mitigate poverty.

“Unlike in the West, people in the developing world don’t use bank accounts as a financial management tool,” says Ms Rhyne. “In poorer countries, a bank account is just a way for people to get their monthly salary. For them a traditional bank account is not essential for financial prosperity, but over the next decade I’m pretty sure digital payments are going to be essential.”