Over the past decade, the transformation in how we bank has been astonishing – and the revolution goes on 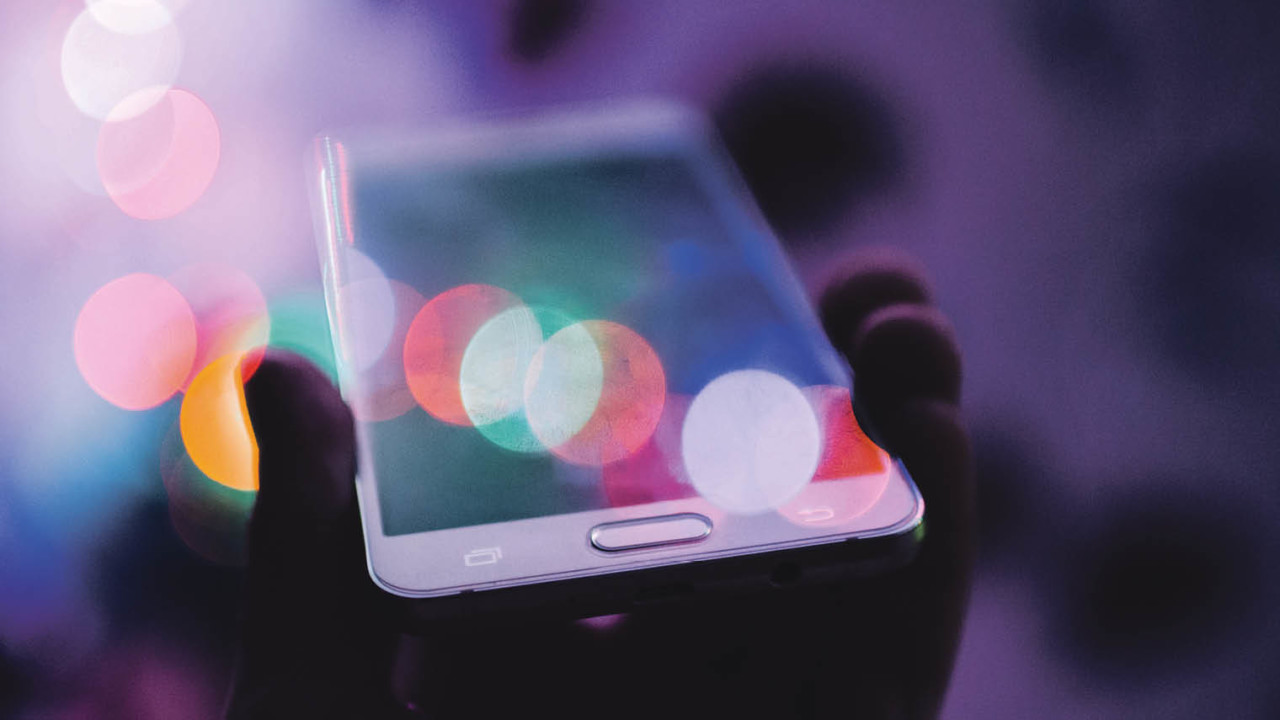 In the past five years, customers’ activity on banking apps has rocketed by 354 per cent, with apps now an increasingly popular way to access current accounts, rising from 21 per cent in 2012 to 61 per cent by the start of 2017, according to the British Bankers’ Association, now UK Finance.

“Customer behaviour has shifted dramatically,” says Raman Bhatia, head of digital at global bank HSBC. “Customers have embraced mobile, and to compete in a world driven by mobile you have to have a very different and seamless interaction.”

The big players in banking have been increasingly challenged by new and more agile fintechs; banks such as Monzo and Starling have brought a wave of innovation to the industry. But the changes in how and where we bank have also to be matched by changes in the back office, the engine room of a bank, where transactions are cleared, regulatory demands met and data processed.

The promise of straight-through processing is finally coming true

“The back office is going to look completely different within a few years; the boundary points with the front office are starting to dissolve,” says Julian Herring, partner in consultants EY’s banking technology practice. “The promise of straight-through processing is finally coming true.”

Dissolving the silos between departments is key to transforming the industry and meeting the new demands made not only by customers, but by changing regulation. Whether meeting European Union demands such as PSD2, a directive to regulate payment services, or home-grown regulation such as open banking, which opens up and shares data on everyone’s banking transactions, the banking industry has to meet an astonishing array of legal requirements. And banks must maintain the current high standards of confidence and resilience that we have come to expect.

“If services fail or customer expectation is not met, regardless of whether the root cause is system or process generated, then a savvy customer is likely to switch,” says David Poulton, head of client engagement at eg solutions, a software company specialising in the back office.

Many of the roadblocks have been behind the scenes, as the industry struggled to meet its compliance needs, but maturing technology has led to a transformation in how banks view compliance. It is no longer a question of producing proof via documentation, but it is now inherent in the process. Digital ledgers such as blockchain have built in transparency and immutability to the process but, like any new technology, it has taken time for such innovations to prove their value and trustworthiness. 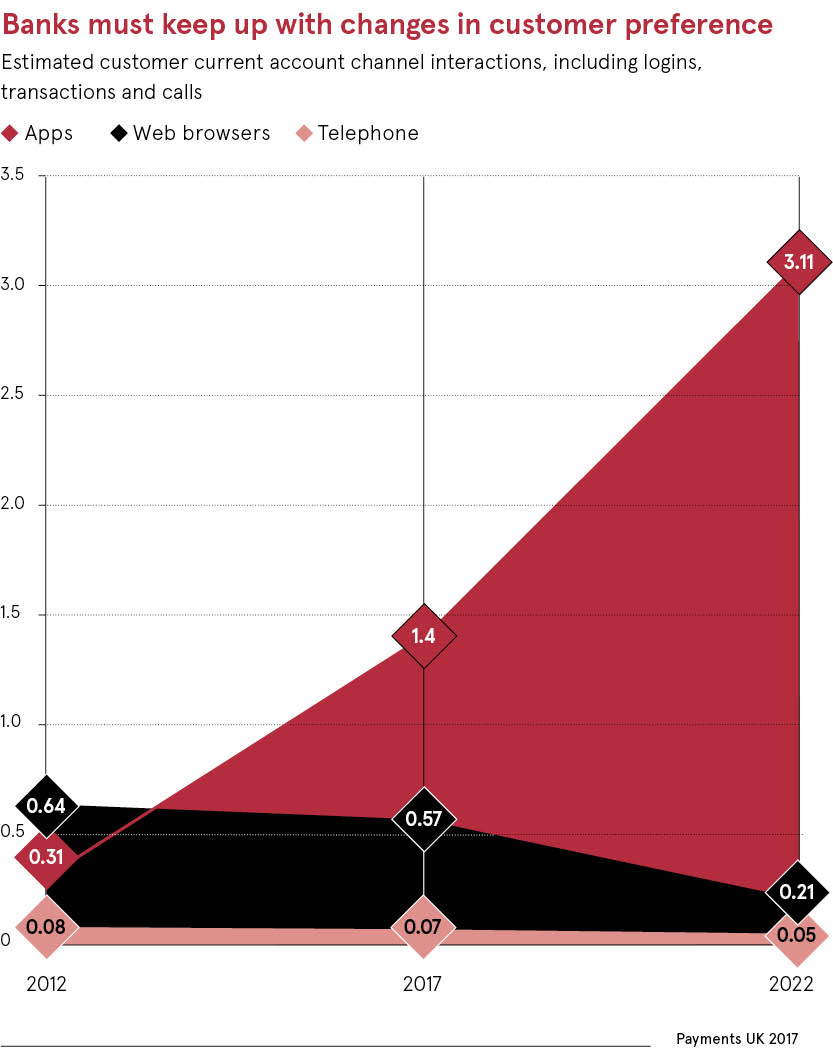 Existing technology has been a stumbling block to wholesale transformation for many of the incumbents. Some found themselves in the unhappy position of trying to marry up several legacy systems, the unintended result of mergers or acquisitions. The sheer variety of ways in which we could interact, on multiple devices from multiple different companies, meant that the investment costs were simply too high, particularly given the competing demands on resources from compliance. Add in the shrinking of those resources following the 2008 recession and it’s plain to see why transformation has proved such a difficult nut to crack.

But, according to Mr Herring, technology has reached a tipping point that is allowing for a much easier transformation. “The cost has dropped dramatically due to maturing technology,” he says. “What used to cost hundreds of millions of pounds of investment and take three years can now be done for half the price and in half the time.”

This has led many banks to out-fintech the fintechs, whether by partnering with one of the challengers or growing their own software expertise, or a combination of the two. Though fintechs may still be seen as challengers to the dominant position of the older and larger banks, they are also now seen as partners, a change in mindset that has revolutionised the transformational journey.

Partnerships have become the most efficient way of delivering change and enabling banks to co-ordinate all the stakeholders to deliver what is promised to the end-customer. An individual bank has become a participant in the customer experience, rather than the owner of that experience, a change in perspective that has turned attitudes in banking upside down.

This runs side by side with a transformation in how banks view their customers. Traditionally, banks have invested their capital on transaction execution, but the digital transformation outside the industry has forced them to develop a more finely nuanced understanding of the customer. The data that is inherent in the back office has become a valuable resource to help this process; banks are increasingly mining that data to develop new and exciting interactions for customers whose idea of service has been created by the likes of Amazon and Uber, always on, always available, always instant.

So, for example, payment services have been revolutionised by the cloud, which allows transactions to be made much faster than legacy systems. Opening a bank account can be done in a matter of minutes, instead of taking several days.

The holy grail now for banking is to anticipate customers’ wants and needs, rather than just meet them, a true transformation in the way the industry behaves, but one that is hugely varied. A bank may need web analytics to analyse behaviour online, speech analytics to interpret communications via call centres, location-based information to understand the customer’s life, even social sentiment analytics to bring a new awareness of social media sentiment.

Mr Poulton says: “Banks are already transforming by looking at the way people, systems and processes interact. There is a genuine willingness among banks to transform, to meet increasing expectation, and this doesn’t always have to be a large, expensive organisational upheaval.”

Instead, according to Mr Bhatia, the transformation is about creating flexibility and agility through a series of shared services, a kind of catalogue of application programming interfaces or APIs, the software building blocks of IT, which can be used to plug and play services.

“It all starts with the customer’s needs and about new ways of interacting with the customer,” he says. “It’s not good enough to have a shiny new app; you have to have end-to-end, deep, digital transformation that takes the monolithic architecture and breaks it into a set of services that are much more flexible.”

Now technology has developed to the point where creating new products and services no longer necessarily demands a high level of geekiness; the programming can be assembled by anyone, rather than requiring highly skilled software developers. It allows banks to engage with customers using big data, rather than rely on often incomplete client records. Instead of a multichannel solution, it is about the omnichannel bank transformed by technological change, regulatory requirements and customer demands.

The titles given to high-flying executives at a bank give an indication of its direction of travel. BBVA, Spain’s second-biggest bank, has a reputation as a digital pioneer, and two years ago it poached Barclays chief design and digital officer Derek White to be global head of customer solutions. At the time, the role was described as “[driving] the transformation of the customer value proposition, including global product and design, customer experience, launching new products and services, and leveraging big data and customer analytics”. It is a description that epitomises the transformational journey being undertaken by the banking industry. BBVA’s reputation in the digital space is based on solid ground. Three years ago it bought US online banking startup Simple, while last year it strengthened its investment in the UK’s first mobile-only bank Atom, maintaining its stake of around 29.5 per cent. BBVA says it has now reached a digital tipping point, with more than 50 per cent of its customer base accessing banking services through digital channels, in six of its eleven core operating countries. The bank is focused on cultural change to accelerate transformation projects, using the collaborative agile method of working to increase the pace at which it can bring about change. It holds quarterly planning sessions for multidisciplinary teams, working on dozens of projects across the world. Mr White says: “The digital transformation we are doing at the bank is all about giving customers, clients and indeed colleagues an amazing banking experience.”