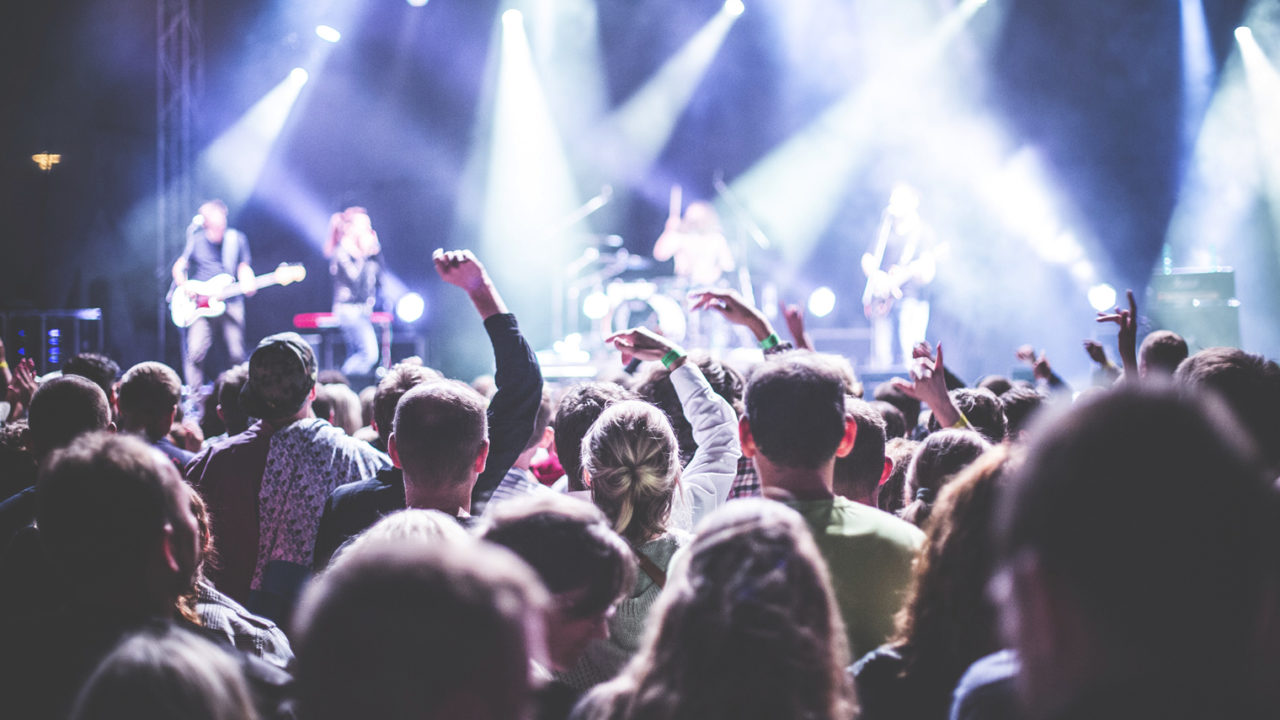 Millennials love an experience. And what could be more experiential than turning up to a music festival, ditching that summer’s capsule wardrobe into a minimalist glamping pod and heading off into a field of dreams armed with nothing but optimism? No bumbags, no festival-friendly satchels to protect, no wallets. Not physical ones, anyway.

Already embracing digital wallets pre-loaded with cryptocurrency, will the next phase see us simply donning watches, bracelets or even microchips embedded into our hands, giving a new meaning to wave and pay?

Media and entertainment are ripe for cryptocurrency

“The more flexible industries will be first,” says Iqbal Gandham, UK managing director at social trading platform eToro. “Where concerns exist around cash payments, yet people don’t really want to use debit cards, these might move to their own digital currency. I think festivals and the music industry could be ripe for adopting cryptocurrencies.”

More broadly, the multi-trillion-dollar media and entertainment sectors look optimally placed for the uptake of cryptocurrency. Whether it’s downloading the number-one hit from future pop princess Blue Ivy Carter, daughter of Beyoncé and Jay-Z, or projecting a virtual Matisse on to your living room wall, digital assets naturally lend themselves to digital currency purchase.

Applied futurist Tom Cheesewright thinks the media industry is one example of low-hanging fruit that will be first to adopt crypto as the norm.

“Cryptocurrency ought to be good for anything using low-cost transactions and micropayments, which remain problematic in today’s digital economy,” Mr Cheesewright says.

Given today’s tug of war between advertisement or subscription-driven revenue models, he adds: “In publishing, most potential traffic is walled out from accessing the site because they have no ability to take payments of just 10p for a particular article.”

Volatility and frictions around cost and speed appear to the biggest barriers to uptake, but change is already afoot. Bitcoin may be the market leader, but there are more than 1,600 rival cryptos desperate to take over.

Distributed ledger technologies Tangle and Hashgraph are vying to topple blockchain’s crown before it has even become comfortable. The next generation will continue finessing the underlying technology on which cryptocurrency operates, such as targeting the inability to hold personal data on the ledger. And the other cryptos will hope maturity will help stabilise price sensitivity.

Believing it should be possible for any size crypto-based transaction to take place for a maximum 1p each, Mr Cheesewright expects a large consumer-based organisation to fix the efficiency issue in the next few years and says it is perfectly reasonable that a China-based internet behemoth will dominate the crypto space by 2030.

“I can’t see it being a Google or an Amazon. I think these companies are already under such regulatory scrutiny that if they started to present a serious challenge to the existing banking and monetary infrastructure, they would run up against a regulatory wall. No one, bar their shareholders, really wants to see them have power in yet another domain,” he says.

“I think it is far more likely to be a JD.com or Alibaba where those regulatory controls are less strong. They would then provide a potential engine of ‘soft power’ for the China government and we could see a China-based currency, crypto or otherwise, that became the de facto global platform for trade, rather than the dollar.”

Could China lead the cryptocurrency charge?

Sovereign states appear to be key to progress, alongside their respective regulators, despite not quite agreeing on the basics, and some countries are already at work. Be it Estonia, a self-proclaimed digital leader or economic powerhouse China, someone just needs to go first.

eToro’s Mr Gandham says: “Some people have said by 2030 we will have 25 or 30 per cent of world currencies replaced by bitcoin. I think it will be far, far quicker than that. Countries with less faith in their governments will adopt the currency quicker and the more stable may come a little later.”

Rohit Talwar, chief executive at global futurist publisher and consultancy Fast Future, agrees: “The world isn’t going to align on Estonia’s crypto as the global standard. It would either have to be a pan-European thing, but the European Commission is just way too behind the game, or US-led, but no one is going to put their money towards Trump’s vote right now.  Even if the Federal Reserve came up with a watertight model, there is just too much nervousness around him that would put people off.”

But by 2030 Donald Trump will be out of office and if an Oprah Winfrey or a George Clooney or some other such outsider is by then leader of the free world, perhaps the United States will be at the table with a more serious hand?

According to the International Monetary Fund, several central banks are developing a new form of money known as central bank digital currency (CBDC). If over the next ten years we see CBDCs rolling out and replacing notes and coins, there will be an enormous boost to state funds, reduced transaction costs, wider financial inclusion and tailored anonymity.

From permitting unshackled revelling in muddy fields to influencing monetary policy, the scope for cryptocurrency over the next decade seems rather daunting. Yet if they were designed not to be centrally managed, an impartial observer could not help but foresee attempts by governments failing by sheer design. Partnerships between governments, technology giants and banking institutions feel like a natural evolution, with parallels drawn from the rise, fall and eventual settling of the internet age.

Cryptocurrencies may become commonplace for low-cost transactions and micropayments made by consumers, but what about business-to-business (B2B) payments of the future? TraDove is developing a light, fast and trustable B2B blockchain payment network that hopes to mitigate many of the problems that hamper the business payments industry. The TraDove platform uses various social networking functions, such as endorsements and references, and deploys artificial intelligence to connect corporate buyers and sellers with faster discovery, reducing the time and effort spent by businesses on due diligence. Founded by experts from MIT, LinkedIn, Facebook, Amazon and Alibaba, with backers from the corporate, finance and tech worlds, TraDove also this year launched the world’s first B2B token, BBCoin, opening up corporate demand for cryptocurrencies for their sales and marketing needs – a $76-billion market, according to the company. “This is tremendous for businesses given that they can eliminate the hassle of working with international banks, as well as reduce their costs for payments. This in addition to the level of transparency afforded to transactions thanks to the blockchain,” the firm says.