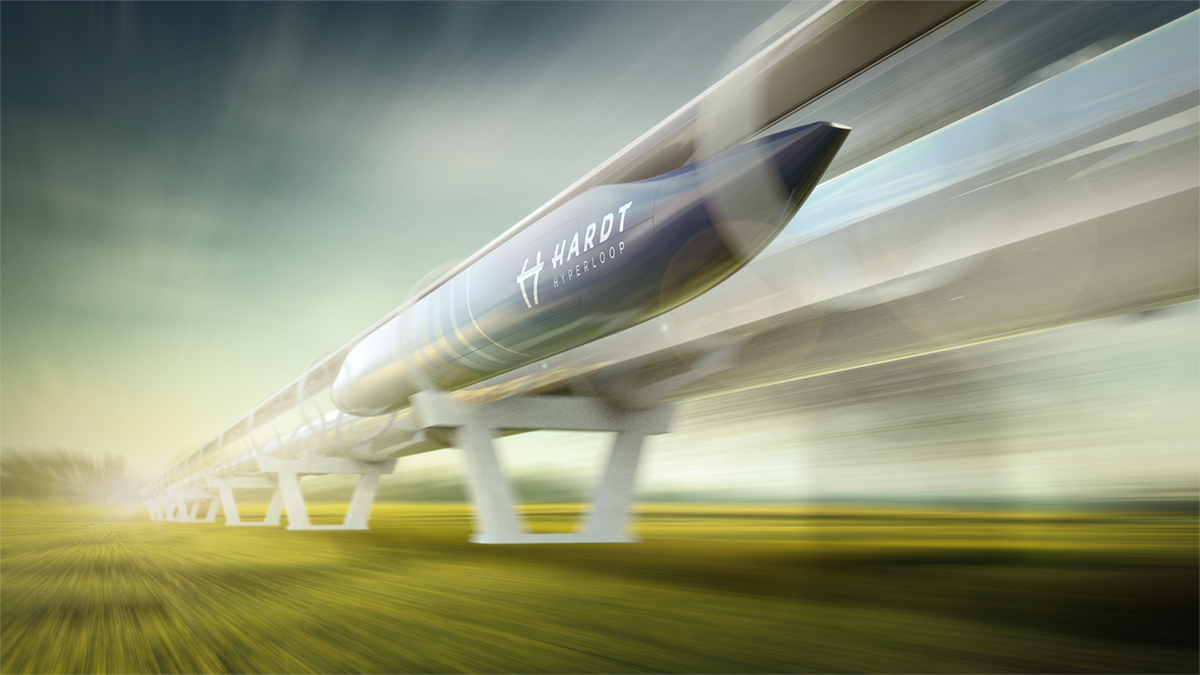 Hyperloop isn’t just an experiment in transport technology - it’s an experiment in whether ideas from Silicon Valley and the open source software movement can revolutionise how big, tech-intensive infrastructure can be developed and funded.

It’s said that tech visionary Elon Musk was too busy developing electric cars and space rockets to invest in Hyperloop when he outlined the concept in 2012. Mr Musk didn’t seek to patent or protect his vision of propelling people between cities at 600 miles per hour in pods in air-free tubes. Instead he and engineers from his firms Space-X and Tesla wrote a 57-page paper setting out how it could work - and then stepped back.

In effect, Hyperloop became an open source project - like the wildly successful operating system Linux - in which anyone could make a contribution.

Professor Bent Flyvbjerg at the University of Oxford, Saïd Business School and author of the book Megaprojects and Risk explains “construction needs disruption. It’s not seen any productivity increases in 50 years, even agriculture’s done better. Mr Musk is looking to reinvent other sectors with his Giga Factory for batteries and Tesla for cars, he’s now turning to mass infrastructure.”

To give the project extra momentum, SpaceX has taken time out from rocket development to sponsor a global competition to develop a subscale prototype - creating a space race between the many consortia that have taken up the challenge to revolutionise transport. But Mr. Musk isn’t involved in any of the consortia himself.

Ryan Janzen, cofounder of Transpod, the Canada-based Hyperloop startup, says “what Mr Musk has done is act as our chief marketing officer.”

This innovative, competitive approach means there’s now a bewildering array of players and interests, companies and university groups all scrambling under the Hyperloop banner, all competing for resources, next-round funding and media attention over scientific and technological breakthroughs - and all closely guarding their intellectual property.  The groups range from Hyperloop One, which has VIP investors including GE Ventures and French rail group SNCF, to regional operations such as Hyper Poland to groups of undergraduates.

It has definitely resulted in Silicon Valley-speed innovation

“It’s less open-source, more like an open-air swimming pool with everyone trying to stay above water and compete. In some ways if we were all developing the concept together it may have been better,” explains Mr Janzen.

Some disagree: the fact is that the rules for developing true innovation in massive infrastructure have never been written.

Adam Anyszewski, managing director of the HYPED hyperloop team at Edinburgh University states: “It has definitely resulted in Silicon Valley-speed innovation, but as with many things born out of that, we will not know until afterwards whether this was misguided, wasted or world changing.”

(Space-X declined to comment for Mr Musk for this article.)

What’s spurring on fierce rivalry and investment is that hyperloop teams believe not only that the engineering challenges can be solved, but that when it works it will radically shape up how we move around the planet in almost every conceivable way.  London to Edinburgh? Just 50 minutes.

However despite the commitment of tens of millions of dollars by hopeful investors, the tech has yet to be tested in a meaningful way. No proper has been laid, no pod has been built. To date the greatest benefactors are artists, with a whole industry generating futuristic impressions of what it might look like - one day.

Yet it’s not clear that a traditional approach would have done better. Mr Musk has described Hyperloop as “a cross between a Concorde, a railgun, and an air hockey table” and the first one of those three was proof that an expensive, top-down high-tech transport project can fall a long way short of its goals.

Some believe with no established design principles set,  multiple approaches increases the risk of success.

Disruptive innovation is just down to luck, and with more people you increase the odds

Catriona Bruce, a propulsion engineer for WARR Hyperloop, the German team says “with many large infrastructure projects, once you’ve poured a lot of finances in it’s hard to change track.

“Firstly, we need to get the technological base right. This is a distributed effort allowing as many people as possible to be creative, rather than placing the burden of design on a few shoulders. Disruptive innovation is just down to luck, and with more people you increase the odds.”

However there are other ways of building competition and collaboration into infrastructure projects, as demonstrated by ITER, the global collaborative project on nuclear fusion, based in southern France or the large hadron collider at CERN, Switzerland, even Crossrail in the UK.

Tim Houter, CEO of Hardt Hyperloop, the Dutch team says “what happens within projects like these is that there’s also competition on each part. Various companies or countries compete to gain that position within the project. Only the best party will win. These tend towards a more rigid style of collaboration. Yet at our start-up we work as efficient and agile as possible, regulations and bureaucracy are limited.”

Perhaps at this stage in Hyperloop’s development, the nimble, dispersed competition works best. Once one of the players has found a way to make it work an engineering heavyweight could step in with a more industrial mindset - certainly having a big name such as Siemens or Boeing on the side of a pod would be helpful when asking people to step inside before you fling them down a tube faster than a commercial airliner.

“Disruptive innovation is admirable and useful for society, especially in infrastructure. Yes, the jury’s out, but we can learn a lot from what’s going on with Hyperloop. I hope it continues with every stage of the delivery otherwise we might just go back to the old way of doing things,” states Professor Flyvbjerg.