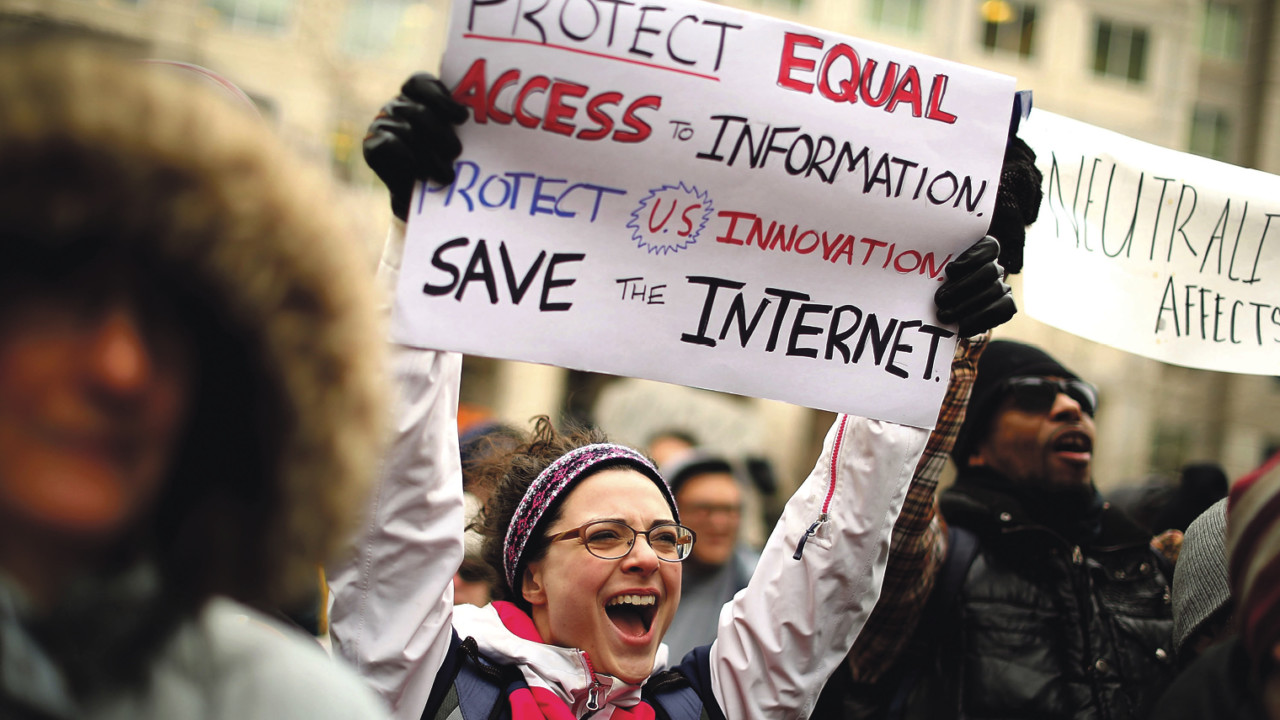 America has been a world leader in digital innovation since the internet’s inception, setting standards and protocols that have been adopted the world over. But its decision to repeal net neutrality, one of the fundamental principles of a free and open internet, has been met with widespread condemnation. Many fear the decision will widen the country’s digital divide, slow American innovation, and even mark the beginning of the end for the United States’ digital influence.

Among developed nations, the US is moving against the tide. Net neutrality is fiercely protected in the European Union and elsewhere including Canada and Australia. However, the move could give a green light to smaller economies, particular those with weaker institutions and kleptocratic tendencies, to abandon vital market protections.

Under sweeping deregulation, internet service providers (ISPs), such as telcos AT&T and Verizon, and cable company Comcast, now have free reign to indulge in discriminatory and preferential behaviour. They can send their favoured companies’ data faster and slow or throttle competitors’.

Even non-US companies hoping to operate in the American market will have to navigate this complicated and unregulated landscape, and be subject to its pricing schemes.

For consumers, the outcome is equally problematic. It is expected that ISPs will carve up access to the internet under complicated service plans, charge more for access to data-hungry apps and websites, such as streaming services, messaging platforms and online games, and create an increasingly divided internet.

A divided internet poses practical problems for any country hoping to reap the full benefits of a digitalised economy. Two fundamental growth areas – big data and enterprise mobility – require as many people as possible having untrammelled and low-cost access to a single internet.

If US President Donald Trump’s administration intends to “make America great again”, why then did it abandon a policy that is widely viewed as a foundation for digital innovation? One answer is the administration’s persistent underestimation of the digital sector’s growing role in the economy. President Trump’s advisers have tended to view technology issues through the lens of other concerns, such as security and countering Chinese cyberespionage.

This disinterest in digital, coupled with a Republican suspicion of regulation and an aggressive lobbying effort by the major ISPs, has meant that net neutrality barely stood a chance. The largest ISPs have long argued that low profit margins, exacerbated by unnecessary regulation, have disincentivised the sector from investing in essential infrastructure, such as 5G. Indeed, US digital infrastructure lags dismally behind comparable nations, with as many as 39 per cent of rural Americans lacking access to broadband.

Unchallenged monopolies are to blame. Only half of American households have a choice of more than one ISP and the rest are mostly served by lazy duopolies. Recognising the need to jump-start competition, the US Federal Commission of Communications (FCC) hopes that as ISPs’ revenues increase, more players will be drawn to the market, incumbents will be forced to innovate and consumers will reap the benefits.

Others are more sceptical. Among them, smaller ISPs argue that far from mitigating monopolies, deregulation may entrench them. Only the largest providers, they say, will have the leverage required to cut preferential deals with major online companies such as Netflix and YouTube. “They’ll just cement their position and it’ll just crush competition,” according to Peggy Dolgenos, co-founder and co-chief executive of Cruzio, an ISP that serves 9,000 customers in the Santa Cruz area.

In a worst-case scenario, deregulation would not only entrench ISP monopolies, but also consolidate the monopolies of the major online platforms, Google, Amazon, Uber and Facebook. If only the largest companies can afford to pay for fast speeds, it will be much harder for smaller players to break through, disrupt incumbents and drive the cycle of innovation forward. It could also pave the way for exclusive partnerships between the biggest ISPs and the dominant platforms, which already benefit from what Dr Nick Srnicek, lecturer at King’s College London and author of Platform Capitalism, calls “network effects”.

“Net neutrality is part of a broader struggle within the tech industry over who has control and power,” says Dr Srnicek. “Only recently have platforms come to dominate and ISPs are desperate to clutch back power. The struggle against net neutrality is really a struggle for ISPs to fight against these massive platforms.”

Long term, consumers will lose out. If monopolies consolidate their power, prices will rise and digital inequality will worsen. Already almost half of Americans with household incomes below $30,000 have no broadband at home. In San Francisco, the gateway to Silicon Valley and one of America’s richest cities, some 15 per cent of schoolchildren at state schools have no home internet access, a number that rises to 30 per cent among African-American and Latino students.

San Francisco is taking matters into its own hands. Prior to the FCC changes, the city issued a tender for a city-wide gigabit fibre internet service with guaranteed net neutrality and consumer privacy protections. The open-access network would encourage multiple ISPs to offer services over the same lines and compete for customers. Poorer residents would qualify for subsidies, and free wifi would be available in public buildings and areas.

The net neutrality debate has once again put a spotlight on America’s ailing infrastructure, but it has also reaffirmed the need for governments to develop coherent digital strategies and take action against monopolies that hold back digital innovation.