Change is the new normal. Two decades after the internet first disrupted business, the mobile technology revolution is moving at such a pace that it is forcing companies to transform the way they operate and communicate on an almost continuous basis.

Two thirds of companies surveyed by research firm Gartner last year said they were currently undergoing a business transformation initiative, but even that could be an underestimate.

“I think every client we work with is reorganising and innovating to make things better, faster and simpler for their customers,” says Cilla Snowball, group chairman and chief executive of Abbott Mead Vickers BBDO, the advertising group whose clients include BT and Sainsbury’s. “And this is a routine, restless, relentless and ongoing commitment, not a one-off gesture. The same applies in our own business.” 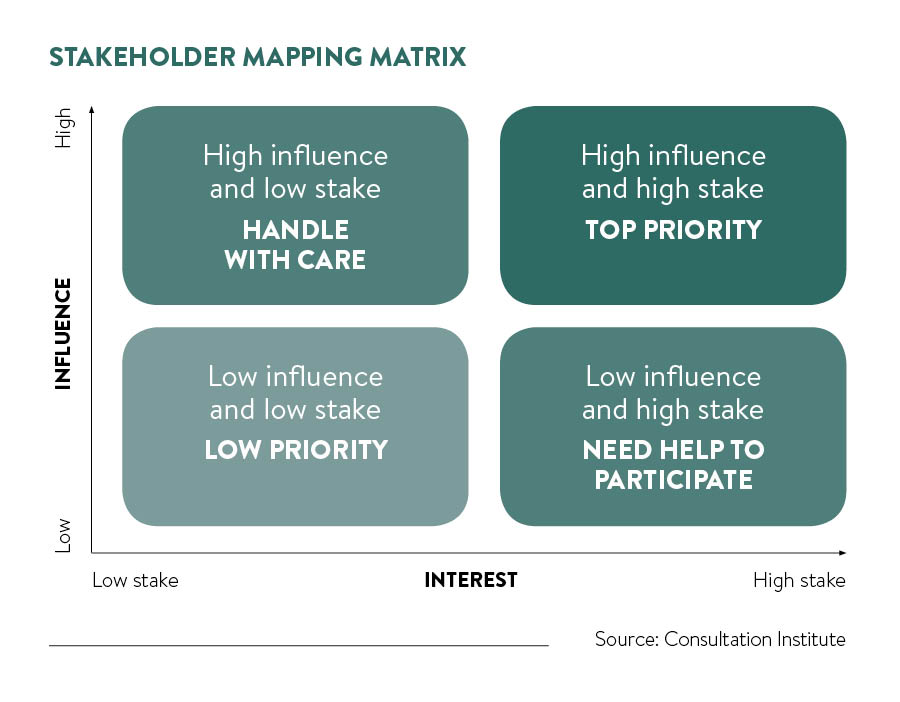 Paul Frampton, chief executive of Havas Media, a media-buying group, agrees that companies cannot afford to stop thinking about business transformation. “Managers need to get used to being ‘always in beta’,” he says, likening the mindset to how a computer engineer will test and retest software, and keep updating it.

Being in beta means being willing to experiment, move fast, iterate when things go well and pivot if problems or opportunities arise.

No one thinks business transformation is easy. As Darren Childs, chief executive of UKTV, the owner of channels such as Dave and W, says: “What worked yesterday, probably won’t work tomorrow. I think most CEOs would acknowledge that, but few then take that learning to re-evaluate how they run the company.”

Established companies, in particular, are bound by tradition and less agile than new entrants that have fresh eyes when it comes to spotting smarter ways of working.

Even if management recognises the need for transformation, the challenge is to persuade multiple stakeholders and maintain the momentum during what is likely to be a long ordeal.

Mr Frampton, whose clients range from the BBC to Domino’s Pizza, says: “Any change programme must consider all stakeholders which range from your own talent, both senior management and your more junior staff who approach change differently, through to your customers and your shareholders. Invariably, your talent will be concerned about how change affects them personally and will see the bad before the good, so clear and regular communication is business-critical.”

Silo and ego are the barriers in most businesses, and an unwillingness to change as fast as the world is changing

The Gartner survey warned that only 42 per cent of businesses investing in a transformation initiative have appointed an assigned leader to run it, and that person might often be given the role midway through the process, which is hardly the best way to win support from stakeholders and drive change.

Devising a strategy and communicating it are just the start. Reforming existing corporate structures and sweeping away vested personal interests are major challenges. Ms Snowball warns: “Silo and ego are the barriers in most businesses, and an unwillingness to change as fast as the world is changing.”

Business leaders must also consider other external stakeholders, such as politicians and regulators, particularly when there is a public interest or new entrants challenge existing laws and practices.

Taxi-booking app Uber and property-rental service Airbnb are two companies whose rapid growth has disrupted the transport and hotel industries in many countries in just a few years, leaving regulators playing catch-up and legacy companies struggling to adapt.

The new tech giants that act globally, rather than nationally, have been a major driver of business transformation, yet Mr Frampton, who runs the UK arm of French-owned Havas Media, says local issues still matter. “The biggest challenge for an international organisation is conveying the idiosyncrasies of different markets and why certain change is more urgent due to local conditions,” he explains. 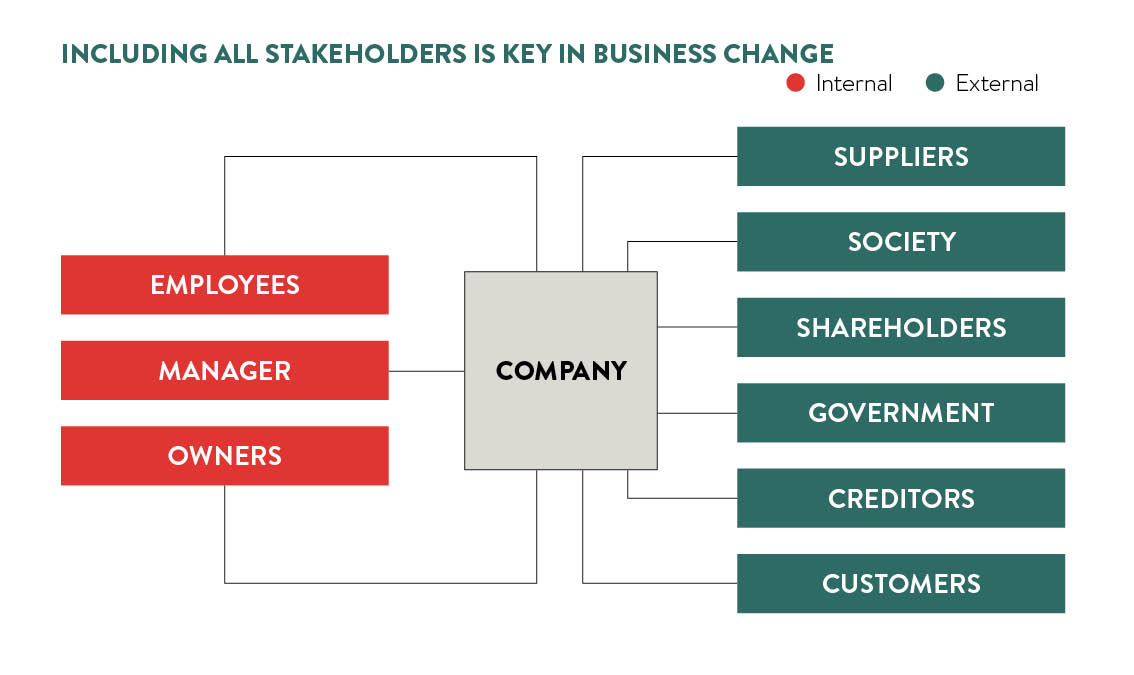 The rise of the tech upstarts points to a wider trend. “Customers are the only real stakeholders,” claims Mr Childs. In the case of UKTV, putting the customer at the heart of business decision-making has meant investing in better quality TV shows and making sure it’s as easy as possible for content to be found, watched and loved on any platform, he says.

However, Mr Childs believes employees have a crucial role to play in business transformation and challenging internal processes. He mixes up teams on a regular basis and has moved UKTV to a more mobile, “free-range” workspace to attract younger staff, dubbed millennials, because they came of age after the Millennium.

“I believe companies based on command and control will disappear,” Mr Childs says. “The world moved too fast for the C-suite to make all the decisions. You need everybody in the company to engage in its success in order to stay on top of consumers’ habits and move at speed.”

For many businesses, the greatest recent challenge has been to cope with the shift first to online and then to mobile. 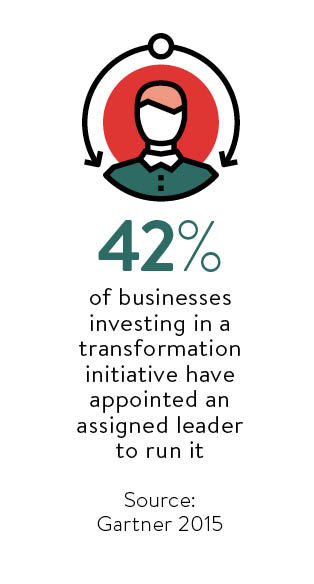 Paradoxically, some of the first generation of tech giants, such as Yahoo and AOL, struggled to disrupt themselves in the mobile age. For that reason, Mr Frampton singles out Facebook’s pivot from being a desktop to a mobile-first business between 2012 and 2015 as a prime example of a successful transformation. “They were nowhere in mobile, but were able to change the culture and development cycles overnight to prioritise mobile,” he says.

However, some companies face such severe disruption to their existing business model that their very survival is threatened, even if they see the need for transformation. In that case, the key stakeholders are likely to be bank lenders.

Yell, the owner of Yellow Pages, the directories business, only belatedly realised that it was not doing enough to replace falling print revenue with digital sales. When new management took on the challenge, they faced a double whammy because the company’s £2-billion debt burden meant it was crippled by interest payments, while online revenues were still modest. The company collapsed in 2013 after lenders lost patience, although it lives on after a debt-for-equity swap.

Mr Childs concludes: “This generation of CEOs needs actively to relearn everything we have seen and learnt in our own rise to the top, and constantly ask ourselves if there’s a better, quicker, more efficient way of doing things? The correct answer to that question is almost always yes. Change is the only truly honest thing a CEO can promise his team.”

What a challenge it is, then, to keep all your stakeholders onside.